Illustrator and filmographer Chris Kursel reveals his process for working in multiple disciplines and following his varied passions.

How did you get started in filmography and illustration? Both were in my life at an early age. My dad was an artist, so we often drew together. I watched him make many different kinds of art—paintings, drawings, sculptures, dioramas and even personal things like birthday cards—and that amazed me.

With film, I have been obsessed with them since I was a kid. I used to hook up one VCR to another and mix up the movies I liked. When I got a digital camcorder as a teenager, I became the de facto director, cinematographer and editor of my and my friends’ ideas: skateboarding videos, mock interview shows, music videos, sketch comedy and many loose, abstract things we called “films.”

How did you begin your career as a film editor and learn the necessary skills to work in the field? I studied filmmaking at Boston University and began my career as an in-house editor at a very cool but now-defunct ad agency called Modernista! in Boston. From there, I got a job as an assistant to Hank Corwin, a remarkable feature film editor. I worked my way up to full-time editing while employed by him. Learning skills was primarily a matter of observation and real-time experience, which often ran adjacent to failure. I learned practically everything I know about the technical aspects of editing as well as the more nuanced and artful parts by spending time with accomplished people of all crafts, watching them work, inquiring about their processes, discussing concepts and following their recommendations. Over time, I developed a feel for my process and aesthetic, which I consider very much in flux.

Your illustration work spans various applications, such as gallery art, comics and zines. Do you find your creative process changing in any way to accommodate these different media? The media with which I make visual art doesn’t vary much. Drawing is by far my most dominant practice, and I usually start with either ink or pencil on paper. The subject matter often drives the presentation of those works. Some ideas feel like comics, some feel like abstractions and some feel more like drawing versions of filmic montage.

I started making zines because I wanted to make collections of work that fit my philosophy and could be easily shared in physical form. I tend to work very instinctually, often bringing only short notes or crude, three-or-four-word ideas with me when I start working. I like the process of drawing with unexpected results.

You also address many sociopolitical issues in your work, much like in your solo show Outside America. Where do you draw inspiration from for this, and what do you find makes your topical work effective? The subject matter of my drawings often comes from a very passive but intuitive form of observation. I wouldn’t say I start with a thought-out criticism of someone or something and then work my way toward drawing it. Instead, I wait and see what scenarios, phrases or situations pass across my radar; when they make enough noise, I feel compelled to render them. Mostly, I watch and listen. It is a process that has repeatedly proven to deliver layered and impactful material. So, while I wouldn’t say that I intend to make art concerned with sociopolitical issues, those topics often feel the most urgent—especially nowadays.

The idea of focus is anathema to my instincts about creativity. When my focus shifts, I try to be careful that it’s for the right reason and that I’m not just avoiding a roadblock.”

When we talk with many multidisciplinary creatives, we often hear that they have to overcome this idea of mastering one thing instead of exploring various media. Did you have to hurdle this problem as well? I went through a time—and probably still am—when I had to unlearn a lot of what I came to know as “the rules” about creativity (or at least reconsider them.) Education is great, but it can come at the expense of your independent thought. As soon as creativity gets entangled with your income, you open yourself up to many questions about the best way to do it—how to be successful. And that often leads you astray from your instincts. The idea of focus is anathema to my instincts about creativity. When my focus shifts, I try to be careful that it’s for the right reason and that I’m not just avoiding a roadblock.

Do you ever find your illustration and videography work fueling each other? Yes. The two practices are very intertwined. In many ways, they are the same practice of working with images—editing them together. My visual art has regularly found a home in my film work as textures, symbols, text or other graphic elements. Those are some of my favorite editing projects to work on. And my film work often informs my sense of composition and light in the images I draw—the tension or drama of a scene. It’s like being a director or cinematographer without a camera.

What has been your favorite client project as a film editor, and why? One project that stands out is a short film I cut with Bob Richardson, a renowned cinematographer. Bob wrote and directed this film that doubled as a promo for the Newport Beach Film Festival with a fairly grotesque premise—a sadistic dentist who mutilates a patient for being glib about flossing. I visited the set while he was shooting, and the first thing I noticed was how efficient it was. He commanded incredible respect from the whole crew. And once we got to editing, he was very warm and offered a lot of freedom. Every shot seemed to cut nicely with every other shot, and that’s what it feels like to work with a great director or director of photography—like you can’t make a mistake. Bob also wanted to get experimental with the edits, including plenty of handmade textures and words that I wrote on top of film strips and layered in. He let me do a lot of unusual things, which encouraged me. The combination of the film itself and who I got to work with was very memorable.

What is the most important skill you need to succeed in film editing? It’s tough to pinpoint one quality. It certainly requires a somewhat mysterious understanding of film’s rhythms, which probably just comes from watching a lot of them. It requires mental stamina to carve through large amounts of footage and organize and retain it. And if it becomes your day job, so to speak, you need some interpersonal skills to have productive collaborative relationships.

You also have taken on a guest teacher position at the Miami Ad School. What class or classes did you teach, and what did you enjoy about it? I taught video storytelling. It was an exciting exercise to pinpoint concrete aspects of filmmaking that seemed worthy to teach, to think about the practice I was immersed in and to break it down into teachable components. In some ways, I got to pay forward concepts I had been taught that propelled me forward. I also got to teach things I was never overtly taught, which felt good.

Do you have any advice for people just entering the creative industry? It depends on what industry. Advertising and moviemaking have different rosters and social dynamics. As an editor, you’re entering the process when many things—good and bad—have already gone down. It’s a bit of a loaded prospect.

If I were to offer a piece of advice about editing in general, I’d say to think of yourself as a filmmaker. Editing is a very consequential component of any video or film, and the editor should be cognizant of that. Tension with collaborators is an inevitable byproduct of this, so learn to roll with it. Everyone feels the stakes. You will compromise a lot, so brace for that. Nurture your style. Break form. Do something different. Follow the little voices that say certain paths are worth following. That’s the only way you’ll make work that resonates and feels true. I suppose that goes for any creative work. ca

Chris Kursel, an editor at New York–based editorial company Bandit by day, is an illustrative artist known for brazen ink drawings and portraits accompanied by pointed text. His work—which holds a mirror to the complexities and hypocrisies of society, politics and culture—has been featured in solo and group exhibitions in Los Angeles and New York, as well as a zine published through nonprofit art book distributor Printed Matter. Kursel attended Boston University to pursue screenwriting, where a screenwriter who mentored him nurtured his interest in directing and writing. In addition to commercials, he has gravitated towards documentary work, including a documentary short commissioned by the Dresden Music Festival following two world-renowned classical musicians on a road trip across America to play a piece of music together. Kursel was strongly influenced working for and alongside three-time Oscar-nominated editor Hank Corwin, who encouraged him to take a creative stand and make projects of his own. 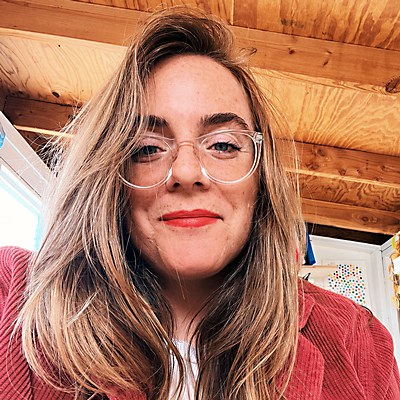 Columns / Insights
Painting the Emotional Landscape
Lindsay Stripling, painter, muralist and teacher at the California College of the Arts, discusses how she developed her magical-realist illustration style. 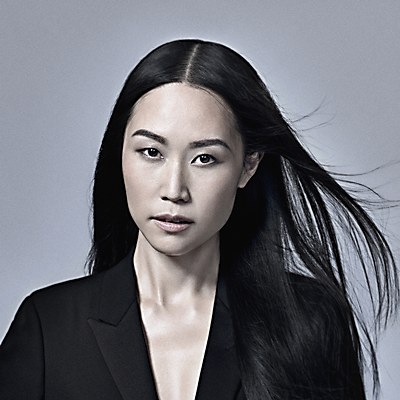 Columns / Insights
Ahead of the Trends
Pum Lefebure, cofounder and chief creative officer of Design Army, expresses how creatives respond to culture by filtering it through their unique point of view.