How did you discover that you wanted to be a photographer? I was in the southern Indian city of Bangalore where I was studying fashion design and technology. My interest in fashion died shortly after I started the course. There was a short module on photography, which was my introduction to the medium. My first impressions were that of a young, curious mind. I was drawn towards how one could see the physical and material plane differently, capture it and keep it as a souvenir. This is when I discovered that I wanted to explore photography further. As the evolution process went on, which spanned years, I found out I could also delve into psychological and emotional planes through creating photographs. And then, that’s all I wanted to do: take pictures.

What personal experiences or circumstances have most influenced your work or style? My work consists of various ingredients, all interrelated and at play with each other. My time in boarding school has had a great influence on what I want to show in my photographs. At two years and nine months old, I was sent to an all-boys boarding school set against the backdrop of the Himalayas in India and spent the next fifteen years there. I used to love children’s story books. I found these quite romantic in that they were otherworldly and far removed from the mundane. I would escape into these stories, away from the strict regimented routine we had to follow at school. It was my own childish form of rebellion. I still love daydreaming and rereading some of my old storybooks. Those themes inform my work.

Fast forward ten years, while I was pursuing my master’s in photography, I started doing research on the psychological aspect of fairytales. A lot opened up and came to light during this time. I studied related subjects like surrealism, romanticism and Sigmund Freud’s theory on the uncanny through his essay “Das Unheimliche.” These themes also sparked my interest in the way memory works and the nature of dreams. At subconscious levels, I’m naturally drawn to all of the above. They may read like many different themes, but they’re interwoven or part of the same family.

And ten years on, after going through much emotional turbulence and spiritual growth, I’ve started viewing the world from a more compassionate standpoint. And since my work isn’t just “work”—it’s an extension of my incarnation—the photographs also take on themes of the nature of existence, real life journeys and the way things are, rather than the way I want things to be.

How have your studies in fashion design informed the way you approach fashion photography? I don’t differentiate much between my fashion and art photography. The lines always blur. Through the fashion photographs, I still want to tell stories and create works of art, but not sell fashion. I don’t care much about fashion. I leave that part to the commissioning publication or the fashion house. But yes, I take color, texture and form and use them to inform my narrative, space and time in the pictures. It’s part of an emotional connection, rather than a commodity.

How do you prepare for an assignment or commission from fashion magazines like Vogue? I quite enjoy working with Vogue. Often, they give me a theme to work on. I sketch out a story consisting of eight to twelve spreads, with details of what’s happening in the pictures and what’s needed in terms of location, sets and props. We then try our best to translate those sketches into photographs. Preparation also includes going through a casting process with the magazine and working out logistics. The most enjoyable part is getting my thoughts together and drawing out the photographs. As I get closer to the shoot, I don’t look at or think about much related to it. My process of letting go has already begun.

How do you create still photographs that blur fiction and reality? As a medium, photography is a representation of reality, of what really happened in front of the camera. That helps a lot. That brings us to the paradox that the fiction in the photograph is also part of reality. It really did happen. That fiction may have been something that I dreamed of, or it may have come to me during one of my altered states of consciousness—like daydreaming and lucid dreaming—or from a piece of cinema or art. You might say it’s fiction because you don’t perceive these things in everyday life. But through staging and putting things in front of the camera, you make it real.

Another thing I’d like to add here—and it may or may not be related—is that the moment the subject is aware of the presence of the camera and the person taking the picture, the whole thing ceases to be reality anyway.

Photography is a representation of reality, of what really happened in front of the camera.”

Which photographers have had the greatest impact on your work? Quite a few photographers have had an impact on the way I approach photography, mainly because they are masters working with themes that I’m interested in. A few that come to mind are Guy Bourdin, Sally Mann, Sarah Moon, Deborah Turbeville, Tim Walker and Francesca Woodman. These artists created work that was their own vision. Each one’s photographs are unmistakably theirs, hence unique and inimitable. I think it comes from a deep level of honesty.

What challenges did you encounter while photographing your series The Education I Never Had? I didn’t face any real difficulties or challenges photographing The Education I Never Had. It was one of the most fun and heartfelt projects I’ve undertaken, and also a humbling experience. I think that came with me letting go of the result and enjoying the company of the beautiful children seen in the pictures. I found myself so present. It didn’t matter anymore what I was going to get from my camera. I just did and acted out of pure joy. It was poignant, humorous and beautiful, all at the same time. Getting my father, who was so awkward and clueless, to look into the camera was also quite funny. One happy challenge was that all the children—and I mean all of them—wanted to be in the photos.

What excites you most about portraiture? I find it really interesting—and to a degree exciting—that not much is in your control. You can’t plan the way the photos are going to turn out. And I’m not talking about the physical aspect—yes, you can decide what kind of light or colors or textures you want. I’m talking about something more subtle, which leads the viewer to feel a certain way. It’s more a meeting of two people. You see something of both, the subject and the photographer. It’s a beautiful marriage.

What do you think of the photography industry at the moment, and where do you see it headed? I don’t have a vast knowledge about the industry because I don’t read magazines or follow many photographers’ works. But from the handful of people I follow on Instagram, I sense a shift from assuming no social responsibility and treating others as being separate from oneself, to being more considered and sensitive—not just towards the people being photographed but also toward the viewer. There is a growing awareness that every act throughout the various processes—photography, publication and viewing—feeds social conditioning. I hope it’s not because it’s seen as a “trend,” but rather because there is compassion. I hope it breaks free from the social constructs we’ve created over such a long period of time.

What’s the best advice you’ve been given in your career? Tim Walker said, “Only photograph what you love.” The simplicity of that line stuck with me. Although these days, I’ve turned that line around slightly. I’m practicing photographing everything with love.

Originally from India, Vikram Kushwah is a photography artist based in Oxfordshire, United Kingdom. In addition to being interested in the way memory and dreams work, Kushwah’s artistic influences include the work of the surrealists and the romantics. His clients include Elle, Harper’s Bazaar India and Vogue. In 2013, Vogue Italia named him a “New Talent.” In 2019, he was short-listed for the Taylor Wessing Photographic Portrait Prize by the National Portrait Gallery in London. He was also one of the winners of Portrait of Britain in 2018 and 2019. Lately, he has been exploring portraiture as a means to tell personal and real-life stories. 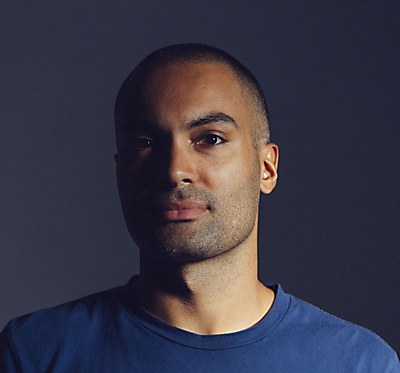 Columns / Insights
Disrupting the Industry
Oriel Davis-Lyons hopes the ONE School will open the door for talent that the ad industry has overlooked.

Columns / Advertising
Is It Time You And Advertising Saw A Marriage Counselor?
Ernie Schenck has advice for ad creatives who find their flame for advertising flickering. 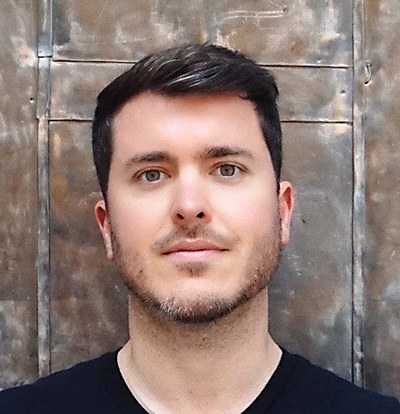