Ken-Tsai Lee nurtures the next generation of designers in Taiwan through teaching and organizing multicultural exhibitions.

How did you get started in design? With a sense of accomplishment. During junior high school, I was not good at studying, had poor interpersonal relationships and had to deal with bullying. But I was good at drawing, so I chose to study in the arts and crafts department of my vocational high school, where I overcame many obstacles. For example, when computers started becoming important to the design process, I learned how to be proficient at using them. Also, my English was very poor. I stopped studying English during my first year of junior high school, so I only got to study English for a year. I even tried to take English classes after I graduated from college, but the environment in Taiwan made it difficult to learn English.

When did you begin teaching? Three years after I graduated from college, I left my job at an advertising agency. I became a vocational high school teacher and I taught design for two years before I went back to freelancing. I formed my own design studio in 1996.

In 2002, I decided to move to New York, where I worked on many projects in New York, including the I and NY project, where I erased the heart symbol in Milton Glaser’s I Love NY logo and asked the people of New York to help me complete the image with their own symbols. A couple of years later, I received an invitation to work as a visiting professor at the National Taiwan University of Arts. I returned to Taiwan and began thinking about how I could play a greater role in Taiwanese design. I planned exhibitions for programs like the Art Directors Club (ADC) and Young Guns to be displayed annually in Taiwan. For these exhibitions, I gathered work not only from China, but also from Japan and America, eventually exporting the exhibitions overseas.

For a world that has long been dominated by the West, the islands on the edge of East Asia have finally achieved international acclaim on the global stage. With that acclaim, we hope to connect the bridge between Taiwan and the world through design.

You’ve curated events featuring design works from all over the world that use Chinese typography. How have you seen people use Chinese typefaces in their designs? Thirty years ago, we rarely saw any design exhibitions in Taiwan. At that time, I only saw work through ADC’s and the Type Directors Club (TDC)’s design annuals and awards. When I first arrived in New York, I visited TDC’s annual exhibition at the Cooper Union almost every day so I could see the pieces in real life.

When I became the regional representative for ADC NY and TDC, I wanted to bring their exhibitions over to Taiwan so Taiwanese designers and students could also see the works in person. The visuals showcased in the annual exhibitions I brought over presented different ideas, but most concentrated on expressing the idea of combining East and West design influences, using typefaces as the main images to represent the combination of Chinese and Latin characters.

In the end, I don’t want my students to look at my works and teachings after many years and think that nothing has changed.

What insights have you taken away from Taiwan Designers’ Week, for which you are the visual director? Taiwan Designers’ Week was established by several employees at computer hardware and electronics company Asus after they attended Milan Design Week. The initial purpose of the event was to allow designers in Taiwan to have a stronger communication platform. After the Taiwanese government transformed the original cultural exposition into a curated design event, the nature of the event became similar to Designers’ Week, so the founder decided to find a new kind of activity in the meanwhile. The exhibitors at Designers’ Week are mainly industrial designers. Taiwan’s industrial designers have been engaged in product design for the past five decades. Now, designers have more access to design from other parts of the world, which can help the development of Taiwan’s design industry. As the visual director of Designers’ Week for nearly ten years, I’ve designed the identity for the annual event, and I’ve also developed a symbolic language that belongs to Taiwanese culture. This has helped me become more experimental in my approach for graphic design.

You are also an associate professor at the National Taiwan University of Science and Technology. How has teaching design fed your professional design practice, and vice versa? Teaching is a combination of enthusiasm and professionalism. There can be a lot of conflict between design and teaching work if you do not find a good balance, especially if it’s a practice-based teaching job. During the two years I taught at the vocational high school, I found that the number of hours I was teaching every week were long, and students were not passionate about learning design. It was also difficult keeping clients. There was simply no time for me to grow my profession, so I decided to leave the vocational position and return to being a freelance designer.

After a few months of freelancing, I ended up studying for the entrance examination to get into graduate school so I could pursue the path of becoming a university professor. The school I currently teach in is one of the best design schools in Taiwan. I have taught excellent students, some of whom are now working in New York, Shanghai and Tokyo. Through teaching, I want to trace the history of how the design industry has developed in Taiwan and strengthen interest in design here. The general public can have a lack of understanding and respect for design, and the enthusiasm that designers have for their work can sometimes be reduced in conflicts with clients. However, enthusiasm is the most important part for designers. Enthusiasm is like a candle in a strong wind. Without careful maintenance, it is possible that the enthusiasm to create new designs will be blown out by the wind. In the end, I don’t want my students to look at my works and teachings after many years and think that nothing has changed.

Ken-Tsai Lee is a designer, artist, curator and educator. He serves as an associate professor at the National Taiwan University of Science and Technology (NTUST), the visual director for Taiwan Designers’ Week and the regional representative for the Art Directors Club of New York (ADC NY) and the Type Directors Club. He was named as one of the 100 most contemporary designers in the world by Japanese design master Shigeo Fukuda in the book Area, published by Phaidon. He has received awards from D&AD, ADC NY and the One Show and has been showcased in design publications like Communication Arts and Graphis. 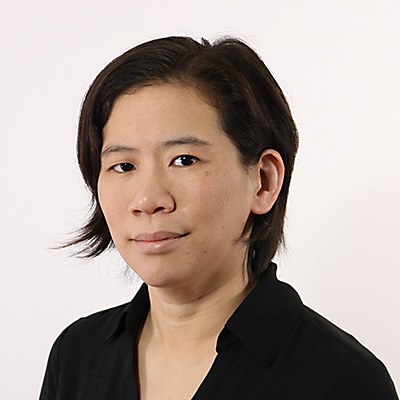 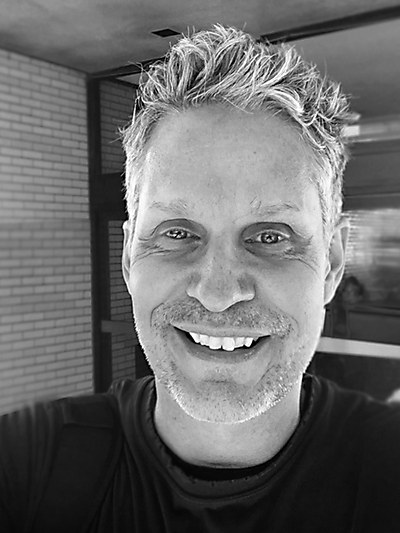