On A Type Journey

Andrea Leksen discusses her jump from graphic design to type design and how she tries to pay it forward as an educator.

How did you discover your passion for typography? I’ve been interested in typography ever since I became a graphic designer eighteen years ago, but it wasn’t until Seattle Pacific University asked me to teach typography courses, like Advanced Typography, in 2011 that I became addicted. I went to my first typography conference in Seattle, where I took a workshop on type design by Sumner Stone and was introduced to a group called Type Tuesday, which has now become a chapter of the international organization TypeThursday. There, I met fellow typoholics, became exposed to fascinating type design projects and started attending typography conferences regularly. I was smitten! The second year I taught Advanced Typography, I included a type design project in the curriculum and made my first typeface, Bemis, with my students. While I never felt like I fit in with the design crowd, I immediately felt at home with the geeky, detail-oriented and down-to-earth typography world.

How does your expertise in typography influence your approach as a graphic designer? Typography is one of the first things a designer is judged by, whether you send in your resume or show a first concept. It’s one part of design that has more objective rules to it. I used to be timid about changing the design of letterforms in my designs, but now that I know the rules of type design, I’m much more confident. I definitely feel like my typography work has made me a better designer.

You’re also an instructor at Western Washington University. How has the COVID-19 pandemic changed the way you approach design education? Before the pandemic, I never wanted to teach online courses because a large part of why I love to teach is interacting with the students. Teaching online felt like it took the humanity away from my work, but I have been happily surprised that online teaching has created some normality to such an abnormal year. It has also given me some interesting teaching opportunities outside of Bellingham, Washington. I’ve been teaching synchronous courses, and it has been great to personally interact with students and send them into “breakout rooms” to have normal peer-to-peer critique and discussion. I’ve been teaching 3-D Design every quarter, which isn’t an ideal online course, but I’ve found ways to make it work, and, with some extra motivation necessary to be working independently at home, students are still accomplishing the objectives of the course. Last summer, I taught a type design course online and found that it actually works almost better online, and probably had more students register for the course since they could be in any location for class.

This year has required more flexibility, as students are impacted in so many ways by the pandemic. I’m glad to still be a part of student’s lives during this transformative year, and it has also been heartbreaking to meet online with students who are in quarantine, sick, waiting for test results, and grieving the loss of family and friends taken by COVID-19. I can’t wait to be past this chapter in history and join students safely in the classroom again!

What have been your favorite typefaces that you’ve worked on? The most challenging typeface I’ve worked on for the past seven years is called Mr. Gabe. It started with a yearlong mentorship with David Jonathan Ross of Type Network and a one-week mentorship with Ron Carpenter at Dalton Maag in London, and was critiqued by many reputable type designers including Gerry Leonidas at the University of Reading, John Hudson and Ross Mills from Tiro Typeworks and Thomas Phinney of Font Detective. It has been a fantastic educational experience as I chose challenging curves and contrasts for the design; not to mention, it’s my first italic. Now I need to stop overthinking it and finish it!

The most fun font to release was Nordique, which was based off of the letters I created for the logo for my studio Leksen Design. It is a geometric sans serif, which is easy to build. The light version went quickly and sold well, so I added four more weights: regular, semibold, bold and inline. I created this font to sell, as sans serifs tend to sell better than serifs, and I also put the Scandinavian ornamentation on several letters, which made it stand out apart from the others. This font is a nod to my Scandinavian heritage, and it was fun to create something unique and dig into my ancestral roots.

Last year, the LEGO Group purchased Nordique and hired me to create the Cyrillic alphabet to add to the font family. The LEGO Group used it on its LEGO Minions packaging, as the letterforms are almost identical to the Minions logo. This was a career highlight for sure! I went to Ukraine a few times in high school and studied the Russian language in college, so I was thrilled to add my first Cyrillic alphabet to my resume.

Typography is one of the first things a designer is judged by, whether you send in your resume or show a first concept.”

How has the city of Seattle inspired your work? Seattle has been an inspiring city in which to grow as a designer due to its strong arts culture, many design groups and arts-infused parks. Seattle also still retains many ghost signs and vintage lettering throughout the city, so it has given me a platform to take students on lettering walks, and I’ve even hosted a lettering pub crawl for TypeCon 2016. The historical Bemis building in the SoDo neighborhood of Seattle inspired my first typeface, Bemis, whose letterforms were based off of the 1917 inscription on the brick facade of the building. I also discussed this very topic on the podcast Design Goggles.

Who are some Seattle-based designers you admire? My favorite design firm in Seattle is Civilization, founded by my friend Michael Ellsworth. The firm not only creates fantastic design work, but the studio also has a thoughtful mission statement and works with clients that share its “commitment to creating positive change.” Civilization also puts on a series of free lectures at the Seattle Public Library with speakers like April Greiman, Stefan Sagmeister and Paula Scher. Civilization brings incredible value to our design community, which is refreshing, especially in a city where Amazon and other large corporations have changed our culture over the last decade. One of the most influential type designers in the Seattle area has been my dear friend Laura Worthington, who is one of the top-selling script designers. I met her at the beginning of my typography career at Type Tuesday, when she had just left her graphic design freelance career to make fonts for a living. She has been an incredible mentor, motivator and friend throughout my type journey.

What’s something that people misunderstand about typeface design? Type design has a reputation for being more of a hobby, consisting of creating “cute” or “pretty” fonts instead of being the challenging academic field that it is. Most people have no idea how much meticulous, detail-oriented work is involved. The simplest font can include 256 characters, including letters, punctuation, mathematical symbols and diacritics. The beginning of a project is usually very creative, but then a lot of production work follows in order to make every character consistent as a family and then be exported as a functional font file. We are actually quite the geeky crew!

What trends in type design are you most interested in? It will be interesting to see what the future holds for variable fonts. There is currently a lot of exploration by type designers to see how far they can take this new approach. I’m also anxiously waiting to see what happens with the future of font sales, which went down quite a bit with the pandemic recession, and there are also controversial discussions happening with Google “freeing fonts” and font subscriptions. Like music and video streaming, retail fonts are starting to take new avenues of revenue.

What’s one thing you wish you knew when you started your career? My objective answer is that I wish I understood Bézier curves better earlier in my career. Once I started type design, I learned a few simple rules on how to draw beautiful Bézier curves. If I had those skills earlier, it would’ve made a big difference in my illustration skills! And my subjective answer is that I wish I followed more of my gut instincts from the beginning! If I had, I would’ve gotten a type design master’s degree instead of a design degree and taken a much shorter route. However, I think I have approached type design differently since I was a designer first, and creating my own marketing campaigns and infusing my graphic design skills into letterforms—like the Scandinavian ornamentation in Nordique—gives me a unique skillset and perspective on what the font consumer wants. I believe we end up following our dreams whether we find them during our career or later in life. I follow the philosophy of no regrets!

Type designer, graphic designer and educator Andrea Leksen serves clients through her studio, Leksen Design. She invests in the world of typography through font releases, speaking engagements and publications. Leksen currently teaches design at Western Washington University, and previously taught at Cornish College of the Arts and Seattle Pacific University. Her font releases include Nordeco, Nordique and Bemis, and clients include Chateau Ste. Michelle Winery, Providence General Foundation and Tableau Software. She will forever be on the verge of releasing her next font. 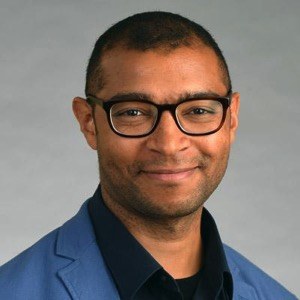 Columns / Insights
Designing Across Cultures
Senongo Akpem reflects on the effects that designers’ UX and branding choices can have on users in different cultures. 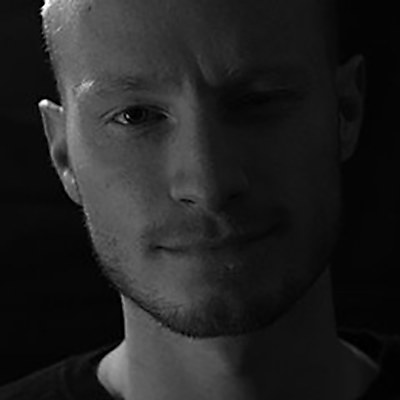