Alasdair Lennox discusses the wonder of retail environments that meld the digital and the physical.

How did you get started in design? As a farmer’s son, I had access to a workshop full of tools and materials and enjoyed working with my hands, so I started creating things in the shop. I was a maker that became a sculptor that became a designer. I also had an amazing teacher in grade school who mentored me; he saw beyond my dyslexia and encouraged me to express my creativity.

You started at FITCH as an environmental designer. How have you seen environmental design evolve in the years since? Today, I’m very much at the commercial end of environmental design, as in retail and hospitality environments. When I started in design, the brick-and-mortar space was the central point of a commercial business. The store was king. When e-commerce arrived around the early 2000s, retail started becoming a multichannel space. In the past five years, it has transitioned to an omnichannel space that combines all the commercial touchpoints together. While physical spaces still need to be tactile and immersive, I believe that they are no longer the central touchpoint, but instead a part of a brand’s ecosystem that starts and/or ends with the mobile experience. That has been a big change over my time at FITCH.

How can retailers compete with Amazon? Should they even try? Yes, they should definitely compete, but they will potentially need to find other retailers or brands to partner with in the battle. I think there’s a whole ecosystem around Amazon that brands can challenge by coming together to create more interesting propositions. Part of it has to do with the new era we are in. A strong brand used to be defined by how it was a solitary wolf, confident and leader-like, but now I feel these same brands would be positively judged if they have the confidence to come together and partner to compete with the big four.


A strong brand used to be defined by how it was a solitary wolf, confident and leader-like, but now I feel these same brands would be positively judged if they have the confidence to come together and partner to compete with the big four.”

How is the rise of the sharing economy impacting retail? It is massively impacting retail. One of the seminal projects from FITCH over the last few years was for a Chinese automotive brand called Lynk & Co. It is targeting young, urban millennials who are increasingly not learning how to drive and definitely not buying cars. Lynk & Co represents an emerging business model where a car brand is more than just a brand—it’s a transformation program. It’s a sharing platform where it’s not just about riding or buying; it’s also about how you can rent, share or use the car as an Uber. This new business model enables customers to choose their preferred ownership model, and that’s all being driven by the sharing economy.

What is the best branded experience you’ve enjoyed recently? The new Nike House of Innovation on Fifth Avenue in New York City. The store has six floors and is absolutely amazing. It’s more than just a step-change from an old Nike Town store. The idea of the House of Innovation is that there is one central theme that runs all the way through the store. It’s about personalization and customization on every floor that fully engages shoppers, enabling them to truly control their end product and customize it, choosing the color, fabric, and sometimes even the final shape of the pair of shoes or clothing product. The store is hyperdynamic and changes visually the whole time, which is critical for a successful branded experience. The store also has shoppers engage with the Nike App when you come through the door, which adds a lot of purpose and added functionality to the experience. I absolutely believe that Nike’s the best retailer on the planet now from an experiential standpoint.

What emergent technology are you most excited about? Augmented and mixed reality in retail environments. Over the last five years, we’ve been experimenting with AR in retail. Before, it always required shoppers and customers to download an app that would need a lot of data, making the whole process very slow and clunky. Now, nearly every shopper in the world has a smartphone as they walk into a physical space, and all main smartphone operating systems have built-in AR modes. Customers have the ability to put their smartphone in front of almost any product in the store and experience a rich contextual storytelling that will pop up on their phone screen. It’s an exciting change. For the last 20 years, retail has been about product and print communication in-store, but now it’s shifting to product and contextual information that the customer controls.

Alasdair Lennox joined FITCH 20 years ago as a junior environmental designer and has moved his way through the ranks, evolving his spectrum of design skills and collecting a few stamps in his passport. He directs creative output for FITCH studios in North America. He has extensive experience in both strategic and creative assignments for a wide variety of clients, including Apple, McLaren, Nespresso, Starbucks and Target. Lennox has led FITCH to win its first Cannes Lion, London International Award and World Retail Awards Store Design of the Year Award, and under his watch, FITCH was voted a top design firm in 2017, for the seventh year in a row, by design:retail magazine readers. He has judged Cannes Design Lions, chaired the Interiors Jury at the Design Week Awards, and judged at the Brand Republic Digital Awards and D&AD New Blood. He regularly speaks at conferences, including the One Club’s Creative Week, eurobest, EuroShop and the Retail Leaders Circle. Lennox has written articles and contributed opinion to the BBC, Contagious, Design Week, Marketing Week, Retail Week and Sky. 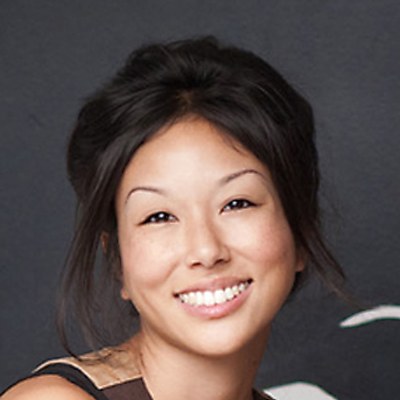 Columns / Insights
Blending Art with Science
Unconstrained by the wall separating art and science, Jane Kim paints murals between them. 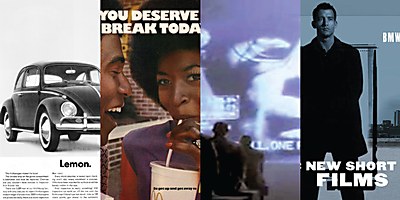 Columns / Advertising
60 Years of Blockbusters, Culture Shapers and The Advertising That Changed Everything
Ernie Schenck asks six advertising creatives to pick the game changers that have upended the industry. 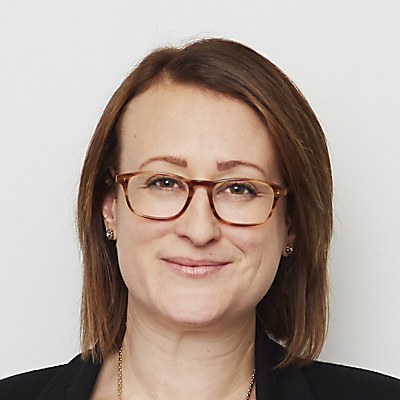