How did you get started in typeface design? My first job was working as a designer in a branding agency, where logotype design was a big part of my day-to-day work. I wanted to learn more about how to create letterforms, so I went to type school to study typeface design while I was working full-time during the day. I was lucky to have opportunities to work on more type-related projects in the agency, and soon became an in-agency type designer. After a couple of years, I decided to go independent so I would have more time to work on my own retail typefaces and be able to focus on type-related work instead of doing graphic and type design at the same time.

How does your background in graphic design inform how you approach typography? When I started type design, I found that type design is quite similar to branding. They are both about creating rules and principles systematically. My experience in branding helps me understand branding agencies’ workflow and what they need. It helps me collaborate with them better without additional communication.

What led you to start Bilingual Lettering, your series of studies pairing Latin and Kanji or Hanzi (Chinese characters that are used in both the Japanese and Chinese writing systems) for use in bilingual lettering and logotypes? When I was traveling between the United States and Asia, I noticed that many brand identities were not well translated visually. It’s a shame that agencies spend a lot of effort on building the brand system, only to have the brand personality not be consistent across other cultural markets since the logotype localization is not as good as the original one. This was the main reason why I started to explore complementary biscriptual pairings. The project itself started with weekly Instagram exercises. While working on these exercises, I realized that the solution and the approach could vary depending on the brand personality that I wanted to convey. I saw some good bilingual logos and lettering design, but hadn’t seen anyone introduce a systematic approach to designing bilingual lettering. So, after working on 50 plus pairing exercises, I summarized my process and wrote it down as an essay. I recently moved my content from my own bilingual lettering website to Medium.

What are the differences between designing Latin type versus Kanji type? Latin type design is like a building block. People can create basic modulars and use them to build the whole system. For instance, if we have a b, it’s easy to make d, p, and q. And once we have n, we can make m and h. When typing a word in Latin, users add just one character after another. In math terms, it would be like addition. Kanji is different. Although Kanji is also made with certain components, all the characters have to be drawn within a square, so my canvas is limited, and I have to divide the space. The complexity of the characters also varies. Some characters are more complicated than others, and some are extremely simple. In math terms, it would be more like division.

How do you research to gain a deeper understanding of the Kanji characters that you work with? I look at both calligraphy and type design for reference. There are also many books and magazines that are published in Chinese or Japanese. There are not many books about Kanji that are published in English, as far as I know. Apart from historical calligraphy references, I also look at printed pieces from the early to mid-twentieth century.

Type design is quite similar to branding. They are both about creating rules and principles systematically.”

What did you learn from the process of creating your typeface Min Sans through Future Fonts? Future Fonts is a new business model for type. Designers start selling the fonts while they are still in progress, so designers can get instant feedback and financial support from buyers during the long process of developing a typeface. So, I got feedback while I was working on Min Sans. Some buyers had hoped to use lining figures rather than old style figures in the typeface. Thus, I created a lining figure that was set to be used as a default figure in the new version of Min Sans, and moved the original old style figures to OpenType as a feature so buyers can choose what kind of figure style they prefer.

What is your favorite typeface that you have worked on? Min Sans because it’s the most completed typeface I’ve worked on, and it’s also the first one that has been commercially released. Also, the interactive way of working on typefaces through Future Fonts helps type designers make decisions based on the needs of the users. It felt great to get nice responses from real users as I was working on the project.

Which type designers do you most admire? Japanese type designer Shigenobu Fujita. He has perfectly integrated traditional calligraphy features and the warmness of old printing into modern Mincho, or Ming, style. For instance, he increases the weight on the horizontal stroke starting point and the serif, which make it looks like the effect by phototypesetting. Instead of creating a brand-new type family after completing a typeface, he spent decades creating different styles within one typeface family, like Chikushi. It’s amazing to see the wide range of styles in one family. Each style is related to one another, but they also have their own personalities. I recently watched a 2016 episode of international broadcaster NHK World-Japan’s program The Professionals called “Heterodox characters, Flooding the town,” where they feature Fujita’s work and the foundry he is working at. I highly recommend watching it.

What is the most exciting work in typography that you’ve seen recently? The Center for Open Data in the Humanities’ dataset archive for Kuzushiji, a Japanese cursive writing style. The archive uses machine learning to recognize and catalog 4,328 kinds of characters with 1,086,326 pieces of data from ancient printed pieces. The archive is listed by unicode. You can select the character that you would like to see, and it will show you scanned images of the same character from many different artworks. The archive is a great reference for type designers.

Where do you think the field of typography is going? I think artificial intelligence (AI) will take a more important role in type design. AI can help with sketching out the typefaces, especially for Kanji/Hanzi, which requires a huge amount of human labor. But we will still need a type designer’s eye to refine the forms.

TienMin Liao is a New York–based independent graphic and type designer specializing in logotype development, typeface design and multiscript typography. She studied typeface design at The Cooper Union and has worked with Pentagram, Superunion and Wieden+Kennedy. She has designed custom typefaces and has worked on various logotype projects for both consumer brands and global organizations. Her work has been recognized by the Art Directors Club of New York, the Morisawa Type Design Competition and the Tokyo Type Directors Club. She was named one of the 2018 Ascenders by the Type Directors Club. 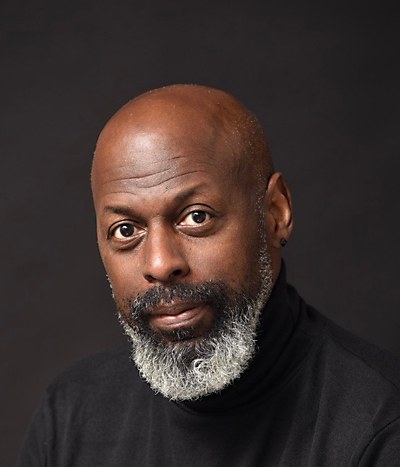 Columns / Design Issues
The Decolonizers
Jen Wang speaks to some of the practitioners and educators who are decolonizing design. 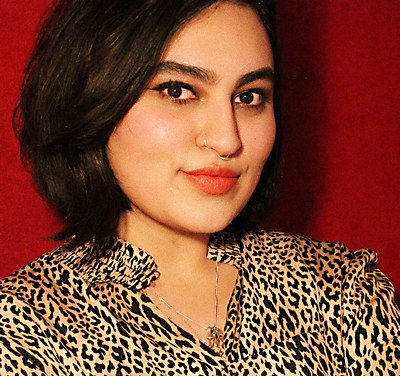