Will We Ever Stop Celebrating Workaholics?

You’re an advertising creative director with thirteen years of experience working at agencies like AKQA NY, BETC Paris and DDB Canada. How did you first become interested in advertising? I went to art school thinking I’d become an album cover designer. I was a student at Gobelins, L’École de L’Image, a reputable school that did parallel internships, and all the companies would jump to hire us. But before I started job searching, Euro RSCG—now known as Havas Worldwide—came knocking on my door, and my dad recommended that I take the job, as going to a big agency would make future prospects easier to obtain. I did dream of going to this tiny yet amazing music visual design agency... I was torn, but I accepted the ad agency job instead. I ended up having a lot of fun and met some of the best mentors I’ve ever had. And without the agency job, I wouldn’t have been able to work in the United States because immigration is very tough—you usually need to have awards to get here. So, thanks dad! Everything always works out in the end. Every experience is a stepping stone to your future.

You also used to work at BETC Paris. What are some differences between the advertising industry in France and in the United States? French advertising skews more on the “smart pun” or “sophisticated double meaning” or “sexy poetic” side. US advertising is usually more about the humor or pulling the big emotions—a tear jerker or a rallying cry.

In France, you never show you’re that satisfied with your work inside the agency. If you’re impressed with yourself, others will think you’re a douchebag—or worse, that you have low standards. Also, you can’t say something is awesome because you would be perceived to be easily impressed by anything—and, therefore, have low standards. So, a really good compliment would be “Not bad!” or “Pas mal!” And a great one would be “Really not bad!” or “Vraiment pas mal!”


I put workaholism in the same basket as gambling and taking drugs.”

You and your team created a personalizable children’s book, Secret Code, featuring a girl who’s amazing at coding and robotics. How did you become passionate about tackling this issue? And why specifically a book? In 2014, when I was at AKQA New York, I was briefed on an ad campaign for Verizon that sought to raise awareness on the lack of women in science, technology, engineering, and mathematics (STEM). It opened me up to the issues around representation—I love how advertising suddenly makes you a miniexpert on things.

I developed an obsession for bringing diversity to male-dominated industries, and two things triggered Secret Code.

First, only five percent of tech leaders are women. The reality is: You don’t suddenly become a tech leader when you’re 30. It has to start young—just like I started young and therefore had a competitive advantage like most boys. I started oil painting when I was five. My father taught me to dismantle a central processing unit (CPU) when I was six and bought me a book on how to code from scratch when I was twelve—in 1995. I was the first person in school to create and code a website. It is no surprise that I became a digital creative director later on.

Second trigger: In fall of 2015, I was at a bookstore, looking for a present for a little girl. I was appalled by the lack of options. There was an incredible range of princess, ballerina and fairy stories. When I was finally shown two “girl-power” books, they both featured blond girls. I thought, what books do Black and Asian girls have to get inspired? Outside of books focusing on cultural differences, where were the fun and empowering blockbuster adventure stories led by girls of color? Studies show it’s between ages five and seven that stereotypes sink in and kids begin associating jobs to genders. Girls—especially girls of color—lack role models, and “you can’t be what you can’t see.”

What changes do you hope your book will bring to the publishing industry? The publishing industry is starting to change, but at a slower pace than the tech and media industries. Even if all the talk is about diversity and inclusion, in practice, it’s hard to refuse a blockbuster opportunity with a beautiful blond princess—even if publishers know that showing a smart minority with gay parents would be better for representation and inclusion. Publishers’ main concern is, “Will it sell (a lot),” which is an unfortunate but realistic question in our capitalist society. Also, with kids having more and more options for entertainment, and therefore becoming less loyal to books, publishers have a hard time taking the same risks they took before.

My hope? For publishers to realize that the future is coming right now and that they’ll need to make smart partnerships to stay relevant.

You also won a grant from the Girlboss Foundation to fund Secret Code. Can you tell us what your pitch looked like? Like an advertising deck! Background, problem, idea, execution, timeline. I was reminded twice that my deck was amazing, which was very flattering, but I was like, “Wha... ? I’m a deck machine; that’s all I do now as a creative director.” I realized that ad creatives actually have a lot of power: We understand audience needs. We know how to sell million-dollar ideas for big brands. We know how to execute them in fast turnarounds. We spend years surrounded by amazing mentors. We’re connected to the highest-profile makers in the world. And we know how to make decks. It’s something we take for granted, but it’s definitely an advantage.

How can creatives working in the world of advertising avoid burnout? By feeling 1) valued, 2) supported and 3) like you have a sense of purpose. Sometimes you have purpose and are valued, but are not supported. Most of the time, you’re neither valued nor supported nor have purpose. You work late hours on campaigns that get watered down as everyone throws in their two cents. You miss birthdays and date night with your partner. You can’t see your mom when she visits you… and boom, people wonder why everyone’s depressed. It’s incredible that so few agencies have management skills. I would say that talented people who are good managers are a rare gem. So hold on to them if you find them. And make them feel valued and supported!

Only eleven percent of creative directors working in advertising are women. What do you think the advertising industry should or could be doing about this? Offer a nurturing environment and show respect for people who are not workaholics. As a workaholic myself, I want to take a stance and defend those who aren’t. I don’t think we’re better than others; on the contrary, I think it’s showing a bad example. I put workaholism in the same basket as gambling and taking drugs. It’s an addiction. But people like us are celebrated! Can you imagine hearing everyone be like, “Wow, she can’t stop gambling, such an inspiration.” I just find it unhealthy. Because, one day, I’ll be thinking about having a family. And I know it will be annoying for my team to see me leave at six if there’s a presentation due the next morning. Whenever a hardworking mom is like, “I’ll go back online at 10:00 pm after the kid goes to sleep,” I want to die inside. When it’s my turn, there’s no way in hell I’m going back online for this stupid deck review that’s happening late because leadership didn’t get their shit together. Honestly, if it’s for a good, effective, productive, exceptional cause, yesss. But it’s usually not.

I don’t think the problem will be solved anytime soon unless we stop putting workaholics on pedestals. Does anyone want to be considered a B-player at an ad agency because they decide to have a life? Nope.

As an advertising creative director, Mara Lecocq has created and led campaigns, digital products and experiences for such brands as McDonald’s, Nike, Starbucks and Verizon. She is the founder and cocreator of Secret Code, a personalized children’s book that stars your girl as a tech hero. In 2016, Lecocq was awarded the Girlboss Foundation grant. Her writings can be found at Girlboss.com, where she is a contributor. She is represented by WME-IMG. 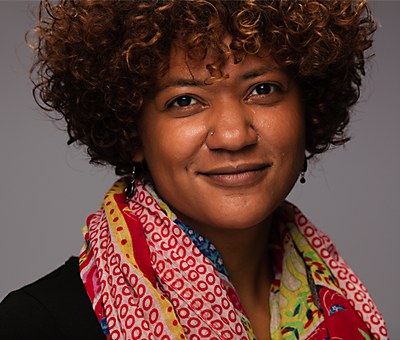 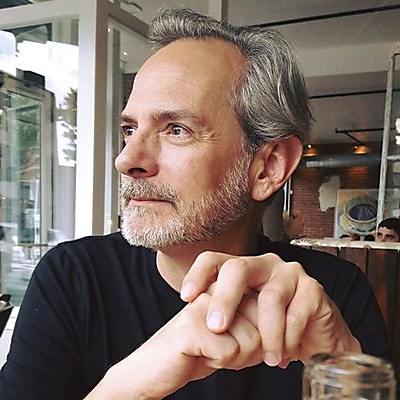