How did you get started in photography? My origin story. I grew up surrounded by painters, sculptors and printmakers in an artistic community in Richmond, Virginia. Without realizing it, I received my visual education in the everyday moments of my childhood. My parents took me to the movies from the time I was small, and I internalized a lot from the range of cinematography—before I even knew the word cinematography. I’ve appreciated the way things look and the way they are composed since I was young. However, I didn’t pick up a camera until I was 20 years old, when I took a basic photography course in college. I liked the class enough to take others, though I didn’t initially think of pursuing it as a career.

How did you develop your cinematic style? At the heart of it, I’m just a guy who really loves film. As a lifelong cinema buff, I have always been amazed at the power that lighting has in a scene. My work ranges from the highly realistic to the very fantastic. No matter the style, I approach each project that I work on by studying the scenes and thinking about what type of lighting would make sense in reality. From there, I work out how to elevate the lighting and ultimately use it to create the final mood and feel we are going for. I want the images to evoke curiosity about what was happening next, just beyond the captured scene. Each image is meant to feel like a moment in a story, not the whole story. I also find the best technique and approach for each project. Inspiration comes from anywhere and everywhere, and it is part of my job as a creative to be open to that.

Which comics or films have had the greatest impact on your photography? I am an only child and have always loved getting lost in the tales and characters of comic books and movies, interested in not only who they were, but how they were revealed. Bigfoot, Loch Ness Monster, Bermuda Triangle, Lone Ranger, Tarzan and Zorro—I find them all captivating and mysterious. These are seeds planted by movies and comics; from that, was to believe in the extraordinary.

The lack of boundaries in movies and comics is freeing, and has been very inspirational. But to choose—Tintin, the main protagonist of the comic series The Adventures of Tintin by Hergé, is my favorite fictional character of all time; I always wanted to have Tintin’s adventures. The Night of the Hunter, directed by Charles Laughton, is my favorite movie; The Outlaw Josey Wales, directed by Clint Eastwood, is a close second.

How has working on projects for National Geographic influenced your commercial ad work? My thirst for adventure and getting comfortable with the unknown really took hold while hopping trains in India for National Geographic. As a result, I work lean so that when the inspiration hits, I’m ready. I also learned that if you never move beyond your comfort zone and never scratch an itch, you’ll never find the beauty that lies in the unfamiliar. Now, I continue to seek out surprise and delight, still believing that spontaneity is what brings the adventure to life.

I approach each project with a spirit of spontaneity from the get go, and that’s rooted in my earliest National Geographic work. From the minute I get the brief and the second I see the first sketch, I let my mind go. I start to think about the possibilities and which direction I’d like to take. Being able to work through all the “what ifs” leads to a “let’s go” that feels exciting.

The commercial ad world is always a collaborative effort. Though clients come to me and ask me to bring a concept to life, what I bring to that process is always informed by my influences and who I am.

Inspiration comes from anywhere and everywhere, and it’s part of my job as a creative to be open to that.”

How did you get the idea for your Comic-Con Cosplay project? I’d envisioned a superhero project for a while, but the how and where escaped me. Then, a few years ago, I was hired for an editorial project to create portraits at a Civil War reenactment. We set up a photo studio off to the side of a battlefield so we could strip reenactors of the environment. I had an ah-ha moment and thought, why don’t I replicate that at Comic-Con? So, I set up a photo booth at Comic-Con and embedded myself in the environment. Then, I approached people walking around who were interesting to me.

This personal project is nostalgia married with a visual bonanza and a captive audience. The people who take so much time to dress up and prepare for Comic-Con have stories to tell with their costumes. It’s performance art and it has it all: creativity, execution, passion, commitment, celebration, voyeurism, sex and exhibitionism.

I want to show these fascinating and interesting people who are expressing themselves through a genre that had always spoken to me in the best light. I found a real affection for these characters. In a way, this is their personal project too, and I’d like to think it’s been a creative partnership.

You’ve said that “post-production is also a time for experimentation.” How so? Post-production is a time for tweaking, testing, and maybe introducing something new and beautifying. This process elevates the imagery and adds magic all its own. Though, I try not to be heavy handed in post-production and always attempt to have the subjects on location so everything is grounded in the real world and does not feel photo illustrational. My work has incorporated elements of the surreal, and I am conscious of the need to retain photographic integrity, where even the most fantastic images, aided by the newest tools of post-production, remain tethered to the truth of the subject. The thread of authenticity remains; it’s never an effort to trick the viewer, but instead, reveal something.

What tools do you find indispensable for your work? My favorite piece of gear is a Husky knee pad. I probably use it every day while I’m working. Photography uses the mind, instincts and gut feelings. But at the core, the doing and the making of images are physical too, and I enjoy that.

What excites you about photography right now? The opportunities are truly limitless, but ultimately, I think relationships are still the best way to keep working in advertising photography. My reputation with prior clients and agencies, reps, talent, and my production and post-production teams is vital. It has to be authentically cultivated over time by treating the work and the people with respect and care.

Beyond relationships, the way that photographers put their work and personal brand out into the world has changed immensely with the reliance on social platforms and websites. We have the ability to share our work and stories with larger numbers of people, with no geographic boundaries. As photographers, we get to tell our story, show what we do and explain why we do it much more often than we used to. There is both pressure and freedom in that content-heavy format. I enjoy talking about how my influences informed each project. It’s a way for agencies and clients to understand my point of view, to see how I tell stories with my images.

Cade Martin is an award-winning photographer specializing in people and location photography. Propelled by the belief that one must keep looking for the beauty in the unfamiliar and coupled with an insatiable thirst for adventure, photography has taken him around the globe on assignment for a wide variety of brands—from Starbucks to Target, The Food and Drug Administration to National Public Radio. 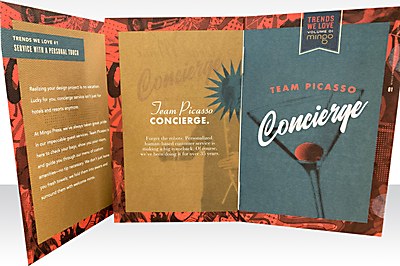 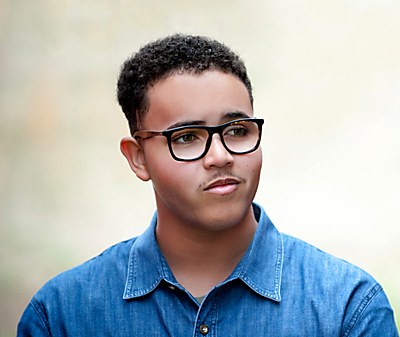