Monospaced typefaces were never intended to be pretty. Like sensible shoes, they were first made to be utilitarian and sturdy. Their job was done in early typewriters—machines that looked like a cross between a piano and a kitchen table. The designs were monospaced because the typewriter carriage moved the paper the same distance each time a typist pressed a key—no matter what letter was selected.

Shortly after the typewriter began showing up in offices and homes in the latter part of the nineteenth century, type foundries and manufacturers of typesetting equipment started to offer replicas of typewriter fonts. A bevy of designs and sizes were offered in the 1923 American Type Founders Company specimen book and catalog. Linotype made a dozen typewriter fonts for its typesetting machines, as did Monotype, Intertype and virtually all the other providers of metal type fonts. Typewriter fonts became popular because they evoked a direct, one-on-one communication that had been missing in standard print advertising. According to an American Type Founders advertisement, “Many buyers of printing believe that for certain kinds of advertising, nothing can be more effective than the use of a typewriter face ... ”

The early 1950s saw the release of the classic typewriter face Courier, drawn by Howard “Bud” Kettler for use in IBM’s typewriters. The story goes that the typeface was nearly released with the name Messenger; but after further thought, it was decided that “a letter can be just an ordinary messenger, or it can be the courier, which radiates dignity, prestige and stability.” Courier was then adapted for the company’s Selectric line of electric typewriters, which used an interchangeable spherical typing element—informally called a “golf ball”—that opened up many more font options to typists.

By the 1960s, Courier had become the go-to design for everything from screenplays to government documents. To label the typeface as ubiquitous would be an understatement. It and scores of other typewriter fonts easily migrated to phototypesetting technology in the 1970s, and in the 1980s, Courier was one of the handful of fonts available on personal computers.

While Courier does a pretty good job of melding character shapes and fixed-width spacing—as does Century Schoolbook Monospaced and Monaco—other monospaced designs look like they were drawn with crayons and a ruler. A good monospaced typeface is not an easy thing to draw. The obvious problems with monospaced fonts are the lack of proportional spacing and the resulting misshapen characters that try to fill—or fit into—the fixed spaces. While it’s not difficult for readers to decipher the letters, the uneven spaces between them profoundly impair the reading process.

Monospaced fonts come in two flavors: the typewriter-like designs that invite readers into copy with a retro friendliness, and designs with the hard-edged personality of a drill sergeant. There are also proportionally spaced typefaces that take on the demeanor of monospaced designs.

Cachet, released in 1997, is one of the latter. According to designer Dave Farey, “Cachet is a monospaced, monostroke typeface—that isn’t.” Farey’s goal was to create a typeface that appears to be monospaced and constructed with geometrically precise character strokes, but is more legible and friendlier than typefaces that are limited to a single character width.

Farey met his goal by flaring stroke terminals slightly, making curves almost elliptical, and drawing the shoulders of characters like the m and p with a calligraphic flick. These subtleties give Cachet an understated organic mien.

ITC American Typewriter is another proportionally spaced typeface disguised as a monospaced design. Drawn by Joel Kaden and Tony Stan, it was released in 1974, the 100th anniversary of the invention of the typewriter—when the machines were still widely used in homes and offices.

At the time, metal and phototype fonts of typewriter typefaces were being put to use in advertising design for the same reason that advertisers had favored typewriter faces in the early 20th century. The International Typeface Corporation (ITC), however, wanted to up the ante. The design brief to Kaden and Stan was to create a typeface with the distinctive look of a typewriter font—but with none of its flaws. The result is a soft, friendly design that invites readers into pages at display sizes while doing yeoman service as a text face in both hard copy and interactive environments. Today, ITC American Typewriter can even be found on mobile phones.

Then there are the hundreds of typefaces designed to mimic the rough-hewn and at times blotchy output of a raised character striking an ink-laden ribbon. These designs found a welcome home in the grunge typography of the 1990s—in a decade of graffiti, flannel shirts and Pearl Jam, typewriter fonts fit right in. From the 1913 Typewriter design (based on characters printed from a 1913 Underwood typewriter) to the besmudged Uncle Typewriter to the eight styles of the Chandler 42 family, faux typewriter designs became the fonts du jour in a world where everyone wanted to be edgy. They emerged from punk rock basements and were used for everything from alternative-music CD art to posters to videogames to zines. Eventually, they went mainstream. But when that happened, typewriter fonts lost their edge. Like the machines that spawned them, they gathered dust and were soon forgotten—except for the few that became classics of the typewriter font genre.

FF Trixie is a quintessential typewriter font. Originally released in 1991, Erik van Blokland’s design is full of superlatives. According to the FontShop site, FF Trixie is “the most-used typewriter-style font in the world.” And “since 1991, FF Trixie has served as the defacto typewriter font family. ... Its capital X is likely the most famous letter in the entire FontFont library,” touts the site. “It was used in The X-Files logo, titles and credits.”

The characters in FF Trixie revel in their flaws. They vary in height, rotation and baseline compliance. FF Trixie Rough was designed for use at larger sizes, and displays greater detail of its ragged edges, smudges and blobs. The FF Trixie HD series, released in 2008, “takes full advantage of its OpenType technology.” It has seven alternates for each character, “each glyph with its own variation of weight and roughness.” OpenType also enables randomized setting of the alternates to simulate a true typewritten page. According to FontShop, “The characters appear in hyperrealistic resolution both on screen and in print.” These details, however, come at a price: the fonts demand a processing power that challenges Moore’s Law.

Newer additions to the monospaced font family are hard-edged, industrial-strength designs. Because they were essentially drawn to write code, most do not show up on your friendly neighborhood font sites. They go by names like Adaptive Code Regular, Akkurat Mono, Monospace 821 BT and Ti92Pluspc. A few, however, ride with the typographic peloton. While they may have been developed to write code, they became part of the commercial offering of font providers.

These new versions have taken on a new personality. “Retro” and “friendly” have been replaced with a stark techno vibe. Viktor Nübel’s FF Attribute is such a design. Like all other fixed-width typefaces, it’s fine for setting code. But Nübel didn’t stop there. He drew a suite of seven weights, from thin to black—each with an italic complement—to create a monospaced super family. It takes monospaced minimalism to new heights: each of the fonts has more than 1400 glyphs, a character set large enough to accommodate every language from Adyghe to Zulu, with more than 100 languages in between. Branding of tech products and websites—in addition to headlines, posters and banners—are all within FF Attribute’s unemotional wheelhouse. Augmenting the monospaced version is FF Attribute Text. Like Cachet, it looks monospaced but, in fact, has proportional characters and spacing.

Other typefaces are monospaced versions of popular proportional designs. Both Arial and Helvetica have monospaced siblings. As does Univers and Copperplate Gothic. There is even a monospaced version of ITC Souvenir—but it is the result of the ITC having electronic typewriter fonts made in the early 1980s to show firms like IBM and Xerox the value of typographic fonts over traditional typewriter designs.

While monospaced typefaces may be the Willy Loman of type—liked, but not well liked—they serve a purpose beyond stirring up nostalgia, being edgy and setting code. Like blackletter designs and formal scripts, they’re part of the typographic spectrum, and at least one should be on the hard drive of every designer’s computer. ca 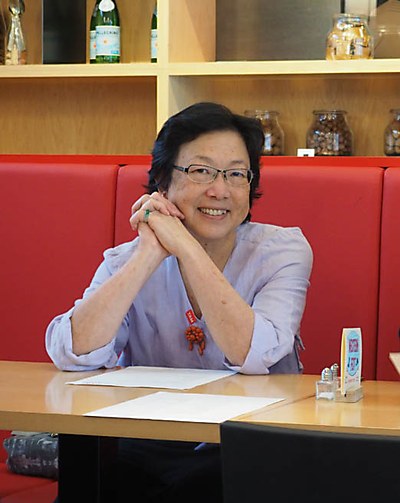 Columns / Business
Illustragent
Illustrators and agents still search for the one. But, as Scott Kirkwood reveals, their relationship has changed with the times. 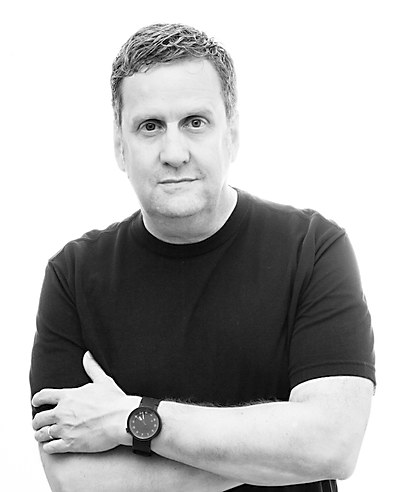