For years, designers have been fighting to get a seat at the table. Now, with the advent of chief creative officers, vice presidents of design and heads of experience, it would seem as if we’ve made it. Congratulations, everyone. We did it.

Yet, as we’ve watched designers go toe to toe with engineers in demanding the same salary packages and sway over product roadmaps, we’ve also watched the leader of Facebook testify before Congress for subverting data privacy laws. We’ve seen communities protesting Airbnb for fueling housing shortages and increased property prices. And we’ve read about the inventor of the pop-up apologizing for one of the internet’s earliest sins. The very companies that have championed design, it would seem, have negatively disrupted their users’ lives in their quest to disrupt the market.

In the age of design-led companies, how complicit are designers in the actions of the companies that they work for? What questions should today’s designers be asking themselves? To explore this complex topic, I turned to designers working for various organizations—design firms, a health service app, a product investment company and an e-commerce platform—for their thoughts on design ethics.

Mike, it seems appropriate to begin this conversation with a quote from your essay “A Designer’s Code of Ethics,” where you write, “Every human being on this planet is obligated to do our best to leave this planet in better shape than we found it. Designers don’t get to opt out.”

If we take a look at what designers are doing and map it to any other profession, ethically, we fail. If a doctor is wrongfully prescribing medication, they lose their license to practice. Any designer who touched Greyball [the software tool used by ride-hailing service Uber to deceive and evade authorities] should have lost their license to design, same as any designer on Twitter’s Trust & Safety team who hasn’t dealt with the platform’s harassment issue. These designers are facing real, dangerous problems, and they’re not solving them.

So, what is the responsibility of a designer?

We can’t say that all designers should be held responsible for everything—but the designers working directly on stuff? Hell yeah. We’re human and we make mistakes, but, at the end of the day, we have a responsibility to be hyperaware of who we are designing for and the implications that come with that.

Even as a deaf designer myself, I forget things. I work within the standards of our industry. I follow patterns and habits. I’m fortunate that I have the awareness of my own experience, which helps, but not always. If your job is to focus on accessibility, yes, you’re accountable to that problem. But designers in general? They can’t think of everything. Other stakeholders share that responsibility.

In action, what does enacting agency within these companies look like?

Monteiro: So, let’s say I work at Acme Mega Corp, and my boss wants me to use a dark pattern that tricks users into giving us their email. As a designer, I need to look at the end goal and evaluate whether that’s an ethically responsible thing to do. Our job is to represent the people who aren’t in the room. So, I say, “No, I’m not going to implement this.” No designer will implement this. That’s where we as an industry need to be.

Most companies want to do the right thing but feel pressure from investors to focus on what’s shiny. My role as a product manager is to help companies think about how today’s decisions will achieve a goal ten years from now.

How can we make the case for putting users before profits?

I think a lot about which metrics we monitor to determine a product’s success, and how sentiment factors into that. Tools like the Net Promoter Score quantitatively measure sentiment. If sentiment is declining over time, that’s a sign that people won’t always tolerate something, even if it’s profitable now.

Ren: We’ve reached a point where we only have one measuring stick for what success looks like. I worry that if we myopically focus on growth, we will build products that aren’t good for humanity in the long run. If you’re optimizing for people to spend more time with your product, you’re not thinking about whether that time spent is good for them. It’s something I struggle with when advising startups that don’t want to growth hack, but feel like there is no alternative that would prove their success to investors.

What questions should designers be asking themselves?

Small: Does this need to be made? Why am I making it? Is the point of it just to create another source of ad revenue, or is it to actually improve people’s lives? What could go wrong? What are the things that we need to study more and research?

Noone: Am I doing everything I can to actually improve my craft? Did I focus on the foundation of the house before trying to hang pictures on the wall? Is this something I shipped for the sake of saying that I shipped something? The world doesn’t need wrong answers in record time.

Vasavan: It’s a mixture of design and engineering. It’s easy to ship something, but how will it evolve to meet future needs? Who will update it as information changes? There are designs that work for the deaf, as if by accident. Train stations have text marquees reading out changes—because train stations are noisy places. Accessibility is currently not about what I can read or what others see. It’s wheelchair ramps and elevators. We have a long way to go when it comes to serving people with differing auditory and visual abilities.

Do you see designers as complicit in the conduct of the companies they operate within?

Monteiro: Very, very complicit. All the stuff that Facebook does, all the stuff that Twitter does has to go through a designer at some point. About half of the designers I’ve talked to argue that they’re just a pair of hands doing what they were told to do. With that kind of attitude, I’m not surprised that we’re where we are today.

Small: Designers are one of the few people who can be held accountable. They’re not the ones setting business goals, but they have the ability to push back and choose not to participate. They can ask questions that inspire leadership to go in another direction. It’s a situation where if everyone just does their job and doesn’t ask why, we end up in terrible situations.

Noone: A design team isn’t just a team full of designers. Everyone plays a role in seeing that something serves its purpose without causing harm. Grindr [shared] users’ HIV status [information] to [two third-party software vendors]. That wasn’t a designer’s fault. That was sheer negligence and incompetence. That was leadership allowing data that should’ve been protected to be tied to basic information that was then [shared]. The question is whether those mistakes were intentional. If the designer did see it, as we often do, and willingly pushed it forward—you bet they’re complicit.

Monteiro: Recently, I started talking about how maybe we need to be licensed as a craft. The work we do can have serious repercussions, so perhaps we should be trained in how to do it. You would never go to an unlicensed doctor or dentist.

Small: I don’t know if the right thing is to license people. Design education needs to do better at providing designers with ethical standpoints. We’re taught that we’re changing the world—not about how things have gone wrong. We need to make sure that we are having these conversations as often as possible and learning to be comfortable with being uncomfortable.

Ren: Until we all can agree as an industry and as a community of builders what good and ethical looks like, I don’t think you can create a licensing system and revoke that when someone violates it. Like Catt said, I think that education is key. People have to start thinking about emotional, cognitive and ethical intelligence as tangible, valued skills.

What do you hope for the future?

Vasavan: I’m optimistic. In the last few years, more and more products have subtitles. YouTube’s autogenerated captions are slowly improving. I remember when they were awful. Now, only one word in every ten is wrong. I was in Sydney recently and almost every street post had a sign with the street name in Braille. I hope accessible visual systems can move forward at the same rate.

Small: Technology creators tend to have a rosy-eyed view of the world, assuming people will only use their platforms for delight. But, as Sara Wachter-Boettcher frequently talks about, people love to find terrible things to do with wonderful platforms. The more you can prepare for that, the better off the platform is going to be. More policies should be vetted by marginalized people. Black children are not a protected class on Facebook, but White men are. How can these [policies] harm people? Who are they protecting? It’s clear that we’ve gotten to where we are by not asking those questions enough.

Ren: I hope that we as an industry can shift our focus to hard problems with hard timelines. I see so many smart people working on purportedly sexy products, while there are some very basic building blocks of humanity that need attention. I want to see the next generation tackling problems that feel broken and impossible because they’re equipped to do so. ca

Carly Ayres is a writer and partner at HAWRAF, a design and technology design studio that engages people in new and interesting ways. She has given voices to Fortune 500 companies and chatbots alike, and writes on design, technology, their intersection and its impacts. 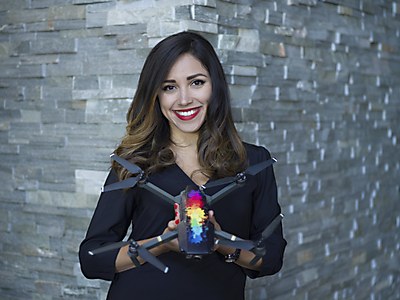 Columns / Insights
Having Wings for a Passion
Elena Buenrostro explains why, with education and cooperation, the sky’s the limit for the drone industry. 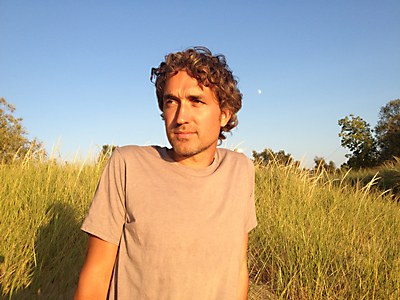