How did you get started in graphic design? I grew up in the Indian state of Jammu and Kashmir (J&K). Anyone familiar with the mainstream Indian education system knows that visual arts aren’t taken seriously. They are mostly taught in “hobby classes” and are not appreciated as much as languages or mathematics. So my love for making comics and zines remained “extracurricular” during my school life. If I had to date my first experience with graphic design, it would be the time I created a periodic newsletter-style zine for my schoolmates. It was drawn and written by hand and featured games, puzzles, recipes and articles created by my friends. I spent all my pocket money printing the zine at a local photocopier.

My parents supported me on this journey, especially during those early years. In J&K, there was a local newspaper called Kashmir Times, which would publish kids comics drawn by established cartoonists. My parents encouraged me to submit my comics to the newspaper, and the editor thought my twelve-year-old work met their standards for publication.

I then started exploring visual arts through animation. After watching a show called Splat! on the Discovery Kids channel, which introduced me to the world of stop-motion animation, I used my mom’s phone to make a stop-motion short film. Afterwards, a channel called Pogo invited me to partake in an episode of M.A.D., an Indian educational children’s television program. Being there with professionals, I realized that I needed to pursue an education in visual arts. Later on, I went to design school to become an animator, but discovered that my true calling was graphic design.

Why did you decide to share your online visual archive Swatch Bharat so widely? I love collecting pictures of the beautiful designs, embellishments and architectural nuances I see in the streets of India. Since most of these graphics are created by local artists who aren’t formally trained, you can see a lot of regional flavor in them. However, I started observing that a lot of these visuals were getting replaced with more modernized—and often Westernized—graphics. The beautiful handprinted Pepsi ad that I spotted in the Ludhiana railways station and included in the first Swatch Bharat series doesn’t exist anymore. It has been replaced with a sans serif type, the company logo and a stock image. I know that globalization is inevitable and that it comes with standardization, but it is also killing the visual dialect of different cities and regions. The idea of Swatch Bharat is to capture the native expressions of graphic design and visual aesthetics that haven’t died yet and share them with others before they get replaced. Maybe someday, we will be able to appreciate the diversity of these graphics.

It’s important to look beyond your own knowledge and beliefs.”

What fueled your decision to start your podcast, Designed This Way? During my time in design school and as a young Indian designer, the conversations I was having with other designers about their creative practice were extremely useful to me. These conversations were intimate and raw, filling a void that design books, articles and essays didn’t cover. I thought to myself: “What if I published these conversations online?”

I’d wanted to podcast since 2016; however, work commitments kept me busy, and I also felt that my voice and hosting skills were not a good fit for recording podcasts. What I did know was that more conversations about design needed to happen. I wanted to understand how designers and creative folks think, and how they execute their ideas. Most importantly, I wanted to bring out more stories about the realities of living a creative life—not just the stories of aspiration, hard work and success, but also those of mistakes, rejection and skepticism.

I taught myself how to edit audio recordings and bought the necessary equipment. In April 2018, I started recording. My first guest was my professor Mahendra Patel followed by my talented friend Mira Malhotra. From the feedback I’ve received, people are vibing with the podcast. I think that’s because I’m a graphic designer who also podcasts and not a professional podcaster. Interestingly, many listeners seem to like the fact that I do not have a radio-host voice and that I talk just like them. Some people have told me that they like the podcast because I ask the right questions. One listener even told me that she finds the podcast content to be “nutritious and wholesome.” I love that feedback because that’s exactly what I was aiming for. I thank all the listeners for showing such love and encouragement for Designed This Way.

What’s a conversation you’ve had on Designed This Way that has stayed with you? The conversation I had with Gadi Amit about his design process and his San Francisco–based strategic technology design firm NewDealDesign, where they have a theory called the Dark Horse Theory. For each project, the designers at NewDealDesign commit themselves to create three ideas. One of these will be a far-fetched idea that will counter the original brief. Called the Dark Horse, its role is to offer a completely valid but very alternative view of the subject—a contrarian view of the problem.

Gadi’s words keep echoing in my mind. Since that conversation, I have not hesitated to include ideas that aren’t a direct answer to the client brief, but are solutions created through intuition or by rephrasing the problem. This has significantly improved the quality of my work and made the ideation process more exciting. I thank Gadi for sharing this knowledge with everyone.

What’s one thing you wish you knew when you started your career? As a kid, I was intellectually inclined in the natural sciences. Since I had the scientific framework of thinking, where the process of inquiry and solutions is set to a high precision, I fell into the trap of thinking about design in the same way. I wish I had kept my mind open to different ways of approaching a design problem. Today, I’ve realized that design operates in doubt. Nobody knows the right answer, and there’s not just one set criteria to evaluate a design. It’s important to look beyond your own knowledge and beliefs.

Kawal Oberoi is an independent graphic designer, brand consultant and podcaster from India. He works with clients ranging from artists and writers to startups and established businesses. In 2018, he started Designed This Way, his initiative to start candid conversations that bring out the realities of living a creative life. These wide-ranging conversations also reveal the diversity of thoughts, practices and opinions that exist in the creative world. He lives a nomadic lifestyle and travels around India, capturing expressions of Indian native aesthetics. He shares them with the world through his passion project, Swatch Bharat. 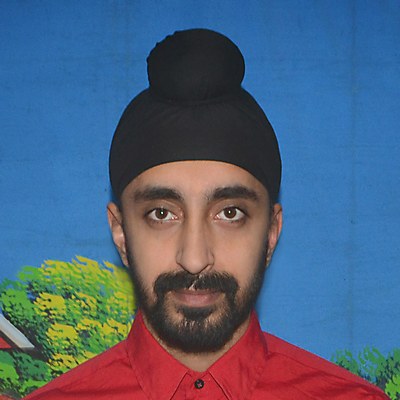 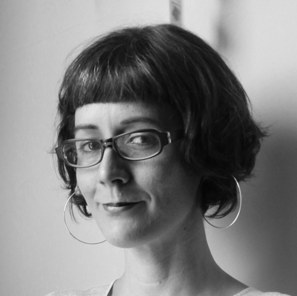 Columns / Voices
Photography’s Next Revolutions
Rebecca Robertson finds that the photography industry is reckoning with new technology and old challenges. 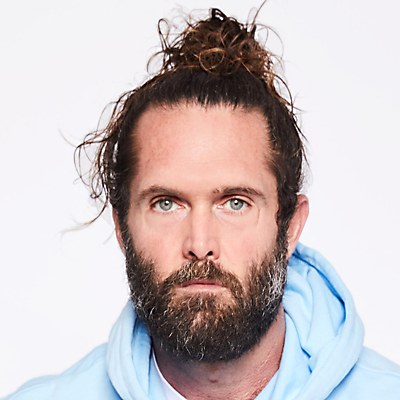