Painting on an Audible Canvas

Sound designer and mixer Eddie Kim looks toward the future of sound design.

By Eddie Kim
How did you first discover your passion for sound design? While going to film school, I worked nights as a waiter and DJed. I would go to the record store, dig through stacks of techno and bass records, and start listening to a record by dropping the needle anywhere on it. If that moment of music didn’t make my head bob, I would skip to the next album in the pile—it’s how I filtered the good stuff from the mundane. The DJ route was fun, and I love music, but it didn’t seem like a steady gig—I didn’t want to end up DJing weddings at 50! But I loved being in the studio and twiddling knobs to visuals, so I changed my major from film production to film audio.

Beyond advertising, where else has the demand for sound design and branded sound taken you? These days, the line between advertising/branded content and creative content has really blurred— it’s all about creating the most compelling content for the platform you have access to. I’ve worked on everything from features to documentaries to video games to virtual reality (VR). This is what’s fun about audio: you can collaborate with talented creatives on an infinite number of cool projects. Recently, I won an Emmy for my work on HBO’s documentary series Foo Fighters: Sonic Highways, and I’m about to dive into sound design and mixing for The Gorburger Show, a new Comedy Central Internet talk show premiering in spring 2017. I’m also working on a mind-blowing VR series that explores the crossroads of humanity and technology.

My homeboy Chris Milk and his VR companies, Within and Here Be Dragons, have been pioneering the VR creative landscape, which is a fun place to explore sound and how an audience will experience it. There’s an intimacy to the VR experience that you don’t get with other mediums. Immersion storytelling has become the new normal, and it’s really fucking fun!

I liken the sound design process to painting. Once you learn the basic tools of how to paint, you can layer your audio canvas the same way.”

Tell us how you adapt your sound design process to different projects. My approach for each project is conceptually the same: I liken the sound design process to painting. Once you learn the basic tools of how to paint, you can layer your audio canvas the same way. I focus on the picture and what an audience wants to hear, trying to decipher, “What does this edit and moment need to feel right?” The picture dictates what the audience wants to hear, and that, in turn, dictates my approach to layering sounds to create the right emotion and feeling.

For example, on a project like Facebook’s 360-degree video series Stories of Humankind: Searching for Home, I start with the binaural stems that are recorded on set, then sound design elements that aren’t present in the recordings, such as different room tones and Foley effects (the reproduction of everyday background sounds). I add other sound effects to help sweeten the listening experience, like the kite in the series that flies around your head or the stylized train that morphs into wind. I also cut Foley for the children’s footsteps and background airs for all the various locations in Stories of Humankind. My goal is to design sounds that are natural to the scene so the experience will be more visceral, enhancing the poignant and gut-wrenching story.

On the other end of the spectrum is a project like The Gorburger Show, which is about a giant blue monster, Gorburger, who takes over a Japanese TV show to interview musicians. I started by cutting little stings of anime-like sound effects into the Japanese game show graphics to set Gorburger’s quirky, silly tone. We recorded actor T.J. Miller being hilarious—and often unscripted—and cut his lines to match the mouth movements of his character, Gorburger. Once we created the basic structure and framework, I mixed in some room tone, fluffy cloth movements and reverb to emulate the space and feeling, so Gorburger can come to life. The end result is ridiculous comedy: one part laugh-out-loud hilarity and one part “What the fuck did I just watch?!”

You’ve also lent your talents to several VR films about global issues, such as “Clouds Over Sidra,” which shows a twelve-year-old Syrian refugee adjusting to life at a refugee camp, and “Waves of Grace,” which follows an Ebola survivor–turned–health worker. How did you use sound to help transport viewers beyond these films’ pictures? The cool thing about audio is that it helps to convince or “trick” your mind into believing that you’re in another space; the magic of VR is transporting the viewer to another reality. In “Clouds Over Sidra,” I designed light wind sounds to give viewers the feeling of being immersed in that actual desert location. I also added footsteps and the sounds of food cooking and bubbling to transport them to the kitchen, where the mother in the film is busy preparing her meal.

The power of VR is that your empathy for a situation is magnified, like the feeling that you’re actually in another room, listening to someone speaking to you. You’re a participant instead of a voyeur. It allows you to feel the space and environment, like the warm lull of the waves in “Waves of Grace,” which convince you that you’re standing on the same beach. It’s an extremely great feeling to know that I’m helping to tell such stories.

What are the greatest changes you’ve seen in the sound design industry in recent years? I know this will sound funny to the people who recorded audio on magnetic tape, but in my early days, I would have to load effects from a CD to record anything that wasn’t in my sound library. I still record sounds whenever I can, but today, there’s a ton of great, affordable online libraries that can do the job. Prosumer equipment and programs are affordable, which allows aspiring sound designers to follow their dreams, and more sound designers are entering film production now since there are multiple sound-design schools pumping out the next generation of talent. Sound-design blogs, techniques and information have also become more easily accessible.

What emerging technologies and innovations are you most excited about as a sound designer? MIDI-generated synth sounds and engines blurring the line between music and sound effects. I’m also thrilled that there is now free technology available for VR implementation, the process of spatially placing the sounds to picture in VR. I’m stoked to be a part of the pioneering stages of this medium, and to hear what future techniques will be developed.

How has working as a sound designer and mixer affected how you listen to sounds in your everyday life? It’s funny how differently I listen to sounds; I experiment with it in tons of bizarre ways. Sometimes I listen to the general din of a party and hear the cacophony of conversations with the laughter and banter, but then I focus on people’s individual mouths, pinpointing what someone is actually saying, and the world around becomes quieter, like all the sound—except for that person’s voice—has been sucked out of the room. I also love the sound of high heels on a hard surface. I try to guess the brand of the heels, based on how they sound—that makes me sound like such an audio nerd, but I am one!

Do you have any creative pursuits other than sound design? I’m a producer and DJ for the Korean punk/hip-hop band Mangchi. We just did an American tour hitting the East and West Coasts, which was a fucking blast! Money Mark, David Choe, Steve Lee, Ashley Dzerigian, Dylan Fujioka and Mallory Soto are mystical beings, and our new album, that I coproduced and comixed, will hopefully bleed into the subversive minds of young Americans.

What advice would you give to a sound designer who’s just starting out in the field? Follow your heart if sound is your thing, and don’t be afraid to explore all avenues of the idea of “sound.” Try mixing, sound designing and making music—try all of it so you can understand where sounds come from, how to create new, bizarre, interesting sounds, and how different sounds can make you feel. And don’t be afraid to blend it all together. There is no right or wrong way to experiment—that’s how you make the coolest shit!

Award-winning sound designer and mixer Eddie Kim developed his audio style by immersing himself in Bay Area culture as an electronica DJ while earning a BFA in film from Academy of Art University. After working with San Francisco–based post-production audio facility Outpost Studios, he headed south to Los Angeles, where he spent the next six years as a sound designer at Danetracks, Inc. and as the lead sound designer at 740 Sound Design. Since landing at Therapy Studios, Kim has lent his talents to such agencies as Wieden+Kennedy and 72andSunny and such directors as Daniel Kleinman and Stacy Wall. His work has been featured in Super Bowl spots for Kia and Reebok, and he’s worked on feature films, video games, and animated web and VR series.

His past collaborations include award-winning short “The Gift” and the VR short film “Evolution of Verse;” last year, his work on HBO documentary miniseries Foo Fighters: Sonic Highways earned him multiple awards, including two Emmys. Kim has received numerous more honors from shows like D&AD and the London International Awards, and he has served on the jury for sound technique in film at the Clios and the Association of Independent Commercial Producers. Most recently, Kim won the Grand Clio at the Clio Sports Awards for Beats by Dre’s Hear What You Want campaign, and a Cannes Lions Grand Prix for Good award for UNICEF’s Unfairy Tales film campaign. He has also contributed to a Museum of Contemporary Art, Los Angeles, installation for a project created by artist C.R. Stecyk. In his free time, Kim is the DJ for Korean punk band Mangchi, with Money Mark and Dave Choe.

Columns / Design Culture
A Conversation on the Art of Protection
Protection through art comes in many different forms, Wendy Richmond finds. 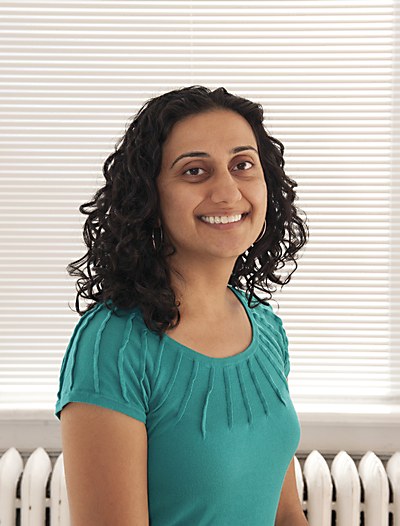 Columns / Insights
Designing North Stars
From cities to hospital campuses, Sharmi Patel roots her wayfinding and signage solutions in the nuanced identity of each place. 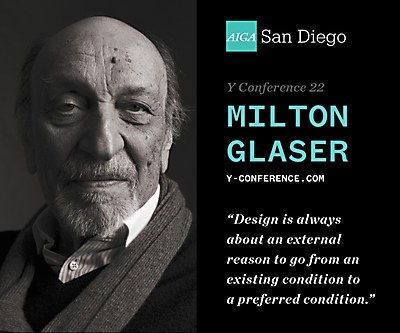