By Tim Tadder
If you have a degree in what field is it? I have a BS in mathematics and a MA in visual communications. That pretty much sums up how I approach creativity—part science, part art.

What was your strangest assignment? Getting hired by Bill Gates to photograph George W. Bush, Karl Rove, Condi Rice, as well as Bill and his wife Melinda. I shot Karl Rove and Bill and Melinda Gates in their homes. And I got to spend 30 minutes alone in a room with George W. Bush. It was hysterical. The images were included in a sculpture that was given as personal gift to Bono; I’m told it’s hanging in his house. How random is that?

Which photographer would you like to meet? Impossible question, there are so many whose work I adore. But if it would be one and only one I would say David LaChapelle. His work is insane and I bet he has some great stories.

Which famous person (living or dead) would you most like to photograph? Bigfoot, I think we might be related so I would want to ask him about his family tree. Again a tough question... maybe late-career Elvis. I’m pretty sure the wardrobe and styling would look crazy cool.

Aside from your camera and lighting, what item could you not work without? Photoshop. Or my iPhone (I can run my business from it without any problems).

Is there anything you would not digitally retouch? Anything intended to be “true”; since I shoot mostly advertising, though, that goes right out the window.

From where do your best ideas originate? Everywhere. I check out so much content on the Internet, on TV, in magazines, in museums... everywhere. When something triggers a spark, I think about ways to evolve it. I saw something recently on Facebook with dogs and thought that a similar approach with people could make a compelling collection of images. Two weeks later we had a set of images unlike any I had ever seen. It’s important to have your own voice, otherwise you’re just an echo.

How do you overcome a creative block? I’m open to suggestions. It’s the most challenging aspect of my career. I’ll go through months of struggling then all of a sudden things will be easy again. I find getting away from my computer helps. Just taking a break from the screen makes it easier to visualize something new. It’s a Catch-22 though because there’s so much great content and inspiration on the web. But I find that I reach a point where my brain gets overloaded and I lock up.

Do you have creative pursuits other than photography? I’m a father with two little girls four and six. They keep me creative. I spend as much time with them as possible and love watching how they view the world; it gives me purpose and makes me look at things differently. Parenting can be amazingly creative.

What music are you listening to right now? Ray LaMontagne. I love his song “Empty.” I’m a sucker for singer-songwriters. There seems to be a parallel between their work and mine so I can relate to their creative struggles.

What’s your approach to balancing work and life? This is a constant struggle. My work facilitates my life so I’m fearful of letting it slip. But without a doubt when it’s out of balance neither one works. I try to do breakfast and dinner with my family every work day, and spend all weekends with them. I also try not to travel gratuitously (not tacking on extra days during a work trip to tool around). That way when I’m off, I’m really “off.”

What’s your favorite quote? “The harder you work the luckier you get.” —Gary Player and “There may be people that have more talent than you, but there’s no excuse for anyone to work harder than you do.” —Derek Jeter

Do you have any advice for people just entering the profession? Take lots and lost of picture so you can make every mistake possible. You can’t be a photographer unless you’re constantly creating.

What’s one thing you wish you knew when you started your career? How anything and everything you say can and will be used against you. Keep you mouth shut, especially if you have a sarcastic wit about you or, before you know it, things will be blown out of proportion and somebody will be upset.

Photographer Tim Tadder is a husband, father, picture maker, cyclist, Ravens fan, Photoshop geek and thankful everyday for another opportunity to do what he loves. He's also a visual communicator who produces award-winning campaign work for top consumer brands including Adidas, Budweiser, Coke Zero, Craftsman, Gatorade, and more. Tim has always been active in sports, exploration, and adventure and believes that being familiar with shooting live action makes it easier to recreate the look for advertising shoots. His highly-stylized action shots draw viewers into the moment. 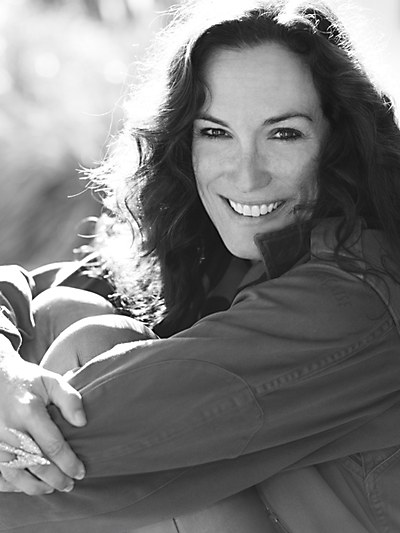 Columns / Insights
From The Truth
Sara Rotman discusses her ass-in-the-chair approach to overcoming creative blocks, the time she was asked to produce another person’s portfolio, and doing “more” just to be considered “equal.” 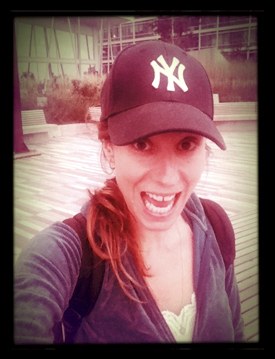