How did you get started in design and learn the necessary skills? When I was a senior at University of California, Los Angeles, I helped put the university’s newspaper online, and through that effort, I learned some basic web production skills. I had no idea that design was a career I could pursue. After graduating, I worked in the trenches of an AOL content provider—remember those? After I slowly started realizing that there were people on the creative side of online content and layout, I decided to go back to school and moved to New York to attend Parsons. While there, I found a summer job working in a digital studio formed by the Canadian record label Nettwerk, which was making websites for music brands and artists signed by music company BMG. When summer was over, I decided to stay rather than go back to school. I ended up working there for a couple of years and learned a ton about designing and how to code websites.

As the digital creative director at Portland, Oregon–based digital branding agency FINE, what digital trends are you most interested in? The elephant in the room right now is the way in which digital tools and platforms are shifting culture and politics. We’re living in a world of unintended consequences wrought by designers. Our communications tools—from social and content platforms to the nuances of mobile user interfaces—have been optimized for attention and addiction. So much so that the designers of these interactions are logging off. Data scientist Jeff Hammerbacher famously said, “The best minds of my generation are thinking about how to make people click ads.” It turns out that monetizing spaces for information and social interaction can have a hugely distorting effect. I’m very interested in the question of ethics in emergent technologies. Where will machine learning and mixed realities lead us if design thinking isn’t balanced with a moral compass?


Think about how you can be helpful and serve your community. And then prepare to sink in a lot of blood, sweat and tears.”

You’re the host of the Portland chapter of CreativeMornings, a breakfast lecture series that kicked off monthly global themes in 2013. Which theme do you think resonated most with your audience and why? Portland has been on a major growth trajectory, so the talk by Kevin Cavenaugh on the theme of “risk” resonated with a lot of people. He’s transforming the city 3,000 square feet at time by designing and building infill and adaptive reuse projects, like turning a former Dodge dealership into microrestaurant hub The Ocean. I think that people are moved by folks who see an opportunity to approach problems differently, with a different lens on the bottom line. Kevin has vision for how to invest, design and activate differently than most developers and architects.

What resources do you use to research for Design Week Portland and CreativeMornings? I have an ever-expanding brain trust of interesting people pointing me to interesting things. I ask everyone I meet about what’s inspiring them, and I follow the rabbit holes. I let my curiosity lead—always.

What do you think of the design community in Portland at the moment, and where do you see it headed? Portland has an incredibly dynamic creative community. For a small city, we have breadth and depth in design, as well as a collaborative culture. The landscape right now is rich with small studios, many of whom have been incubated at formidable global agencies and firms. As the city continues to grow, the danger is that the overhead will go up for independent designers. I hope the diversity of scale can persist as more people migrate here and bring their passions and talents into the mix. If we can preserve that, I see Portland continuing to punch above its weight.

What conversations do you think more designers should be having in 2018? For so long, designers have wanted to be at the table for important conversations. It feels like we’ve arrived, so the conversation now needs to shift from the importance of design to its responsibilities. I would also like for more designers to challenge accepted norms of the design canon. We’re seeing a tectonic shift in awareness about the structural challenges faced by women and people of color, and there needs to be some deep thinking about who is setting the agenda at every level.

What advice would you give to a creative who wants to start an event in her or his own community? Connect with other people who are already out there doing things! Figure out where there’s a gap you’re uniquely positioned to fill, and build allies. Think about how you can be helpful and serve your community. And then prepare to sink in a lot of blood, sweat and tears. Community work is enormously rewarding, but it’s a labor of love.

Tsilli Pines is the digital creative director at Portland, Oregon–based brand agency FINE. She has been working as a designer on the internet since the dawn of the web browser and has launched countless award-winning projects for clients ranging from Francis Ford Coppola to David Bowie. Pines’s current clients include Ste. Michelle Wine Estates and Kimpton Hotels & Restaurants. Her work has been recognized by Communication Arts, HOW and Print. Pines is also the founding director of Design Week Portland, a festival encompassing hundreds of events that’s now in its sixth year.

Columns / Design Details
Opposing the Myth of Good Design
Hate it or love it, there’s no denying that brutalism packs quite the punch, as Yolanda Zappaterra reports. 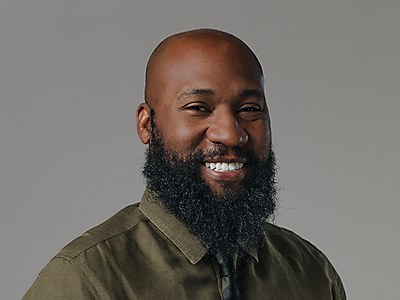 Columns / Insights
Animating All the Right Moves
Salih Abdul-Karim explains how motion design can give projects just the groove they need.