By Pam Grossman
As the director of visual trends at Getty Images, how do you and your colleagues at Getty Images predict the imagery that brands will need in the year ahead? My team of “visual anthropologists” not only examines emerging visual patterns in media, but we also use a unique lens formed by the data collected from our customers’ searches and image consumption patterns. We look at the billions of keyword searches and what is selling on gettyimages.com to determine interest in specific subjects and visual styles.

One example is the “glitch” aesthetic we identified in 2013. We noticed that our customers were gravitating to more imperfect images, embracing aberrations like blur, pixilation, sun flares and visual noise. This was in no small part to the rise of mobile photography, but it began to permeate other types of photography. It caused us to widen our editing standards to accept pictures and clips that we might have previously rejected for reasons of technical imperfection. We also began intentionally creating images with glitches and “mistakes” across all topics, from lifestyle pictures to portraiture to business imagery. It remains a hugely popular technique to this day.

There is always more to an image than meets the eye.

What are some memorable visual trends that have emerged in recent years? In 2013, we started to see searches for “female business executives” really take off. Keyword searches such as “female empowerment” rose by 722 percent in twelve months. We had also begun to see our top-selling images of women during the previous seven years move away from clichéd depictions of women in ancillary, passive positions to women being represented as active participants in positions of leadership.

This spawned the Lean In Collection and our work with Sheryl Sandberg’s nonprofit LeanIn.Org, which celebrated its two year anniversary earlier this year and has been hugely successful. The collection—dedicated to the powerful depiction of women, girls and the people who support them—has more than tripled since launch to now include more than 8,000 images. More than 6,000 images have been licensed in over 65 countries, from Kuwait to Korea to Angola to Australia.

Genderblend, a trend identified in 2014, was really an evolution of this new representation of women. It posited that the idea of gender being thought of as a fluid spectrum, rather than an either/or binary, would be more widely embraced. We saw this play out in many ways: breaking stereotypes of what it means to be a man or a woman; the ways we socialize our children regarding how they dress, play and behave; the celebration of androgyny and blurring across gender lines; and the rising visibility of the transgender community.

Our data supported this. Along with the changes in how women were being represented, we noticed in our data that images of men as caretakers were also gaining popularity. Keyword searches for “dad changing diaper” were up by seven times from 2012-2015 and “gender equality” was up by five times. The keyword “transgender” also rose by 312 percent in 2015. This began to play out on the world stage in brands, pop culture and fashion.

What images are Getty Images’ clients asking for today? The beauty of the Genderblend and Female Rising trends is that customers still ask for imagery that depicts a more nuanced view of gender. Visually, these trends are still gaining momentum, and we expect them to last for years to come.

The recent exponential growth in technology has also had a huge effect on how we see ourselves. This year, Getty Images identified a new trend called Extended Human, which shows how tech is making us more human, not less so. We’re becoming more self-aware, interconnected and engaged with the world around us. Where sci-fi often speaks to our anxiety with cautionary tales about the rampant growth of technology, the Extended Human trend is the antidote. It optimistically celebrates these new developments, seeing them as new opportunities to care, love and connect with ourselves and each other.

We predicted many other trends that are very popular today, such as Messthetics, Silence vs. Noise, Super Sensory and Wonderlust.

Our customers want visually arresting and visceral images to help them stand out in a sea of visual clutter.

How has female imagery evolved to reflect feminism today? Ten years ago, when you typed in the word “woman,” the images that came up on the site would be very sexual. These women were very perfect looking and often in positions of passivity. In 2007, our top-selling image was of a naked woman half covered in sheets, glassy eyed and passive, lying around like an object with not very much to do.

Skip ahead to 2012, and our top-selling image is of a woman on a train. She is going places. She has dynamism and forward momentum in her life and feels like the protagonist of her own story. And she gets to wear clothes!

Flash forward to today, and one of our top-selling images is of a female athlete—a diver in a powerful pose showing strength and action. She is the epitome of precision, skill, power and grace.

We’re creating more images of women of every background, age and body type. That said, we’re far more interested in showing what the woman does in an image, as opposed to just focusing on how she looks.

How does digital drive how patterns emerge in the wider visual landscape? A lot has changed with the rise of mobile, the proliferation of imagery and the audience’s booming visual literacy. Images that stimulate the senses are much more in demand. These changes also allow for the exchange of bits of our actual lives and interests to be seen by hundreds, if not thousands, of people. We’re pulling back the curtain of our lives and more frequently sharing what we actually look like and care about. This has made imagery far more inclusive than ever before.

Many brands today show people of all backgrounds, bodies, ages, genders and sexual orientations—and they must. People want to see themselves reflected in commercial imagery, and digital has forced the hand of brands to embrace everyone and keep up with how diverse the visual landscape looks on social.

Are photographers and stock image providers responsible for how their content portrays people? A number of factors influence how content portrays people in the stock photography industry. It depends not just on the photographer, but also on customer requirements, advertising trends and visual trends. Getty Images is in the delightfully peculiar role of creating images for customers without knowing exactly how those images will be used, so we have to be as innovative and inclusive as possible.

Getty Images has millions of customers in virtually every country in the world who use our images to tell every kind of story, so it is crucial that our content is as forward looking and far reaching as possible. It also means we have tremendous influence on global visual culture, and we take that responsibility seriously. We are committed to celebrating diversity and putting forth positive, empowering images of people that reflect this richly varied world we are building together.

How has your job affected how you view images? There is always more to an image than meets the eye. Every picture—from an image on a bank brochure to a movie poster to hero imagery in a global campaign—is selected for a reason, and I always think about what those reasons are. This has made it impossible for me to switch off the analytical side of my brain when I look at visuals. I always ask myself things like: Why is Hillary wearing white to make her nomination speech? Why are fathers so frequently shown barefoot in advertising now? Why are emoji so effective, even when they’re often used ironically? This job has increased my awareness and appreciation of the deeper intentions behind images.

What excites you about the photography industry at the moment? I see today’s visual content industry as how the music industry was 20 years ago. I remember when services like Napster came out—suddenly it was the Wild West. People downloaded music for free, without thinking too much about who made those songs and how their livelihoods would be affected. Thanks to platforms like iTunes, people became more conscious of the fact that makers need to be supported and celebrated.

A similar shift is now happening in the imagery industry. People are realizing that these images don’t appear out of thin air. A lot of research and craft goes into them, and they exist because they are effective and have emotional resonance. The days of people thinking they can just snag an image off of Google to use it in a campaign or commercial project are dwindling. This excites me because it means that we can build even deeper relationships with our artists, attract new talent and create even more fantastic visuals together.

What advice do you have for people just entering the field of photography? Curious photographers who use their images to explore the parts of life they find compelling and meaningful make the most powerful pictures. What do you care about? What do you want to see more of in the world? What do you want to learn? Ask those questions with your camera, and you’ll be astonished by the results.

As head of the North American Creative Research team at Getty Images, Pam Grossman studies visual culture and uses custom-designed forecasting methods to drive the global creative imagery plan for gettyimages.com. She also oversees the Getty Images’ Lean In Collection, a partnership with Sheryl Sandberg’s female empowerment nonprofit, LeanIn.Org. Grossman frequently presents her research on commercial imagery at Fortune 500 companies, global agencies and conferences such as Google, BBDO, South by Southwest and many more. Grossman and her work on the Lean In Collection have been featured in many outlets, including the New York Times, BuzzFeed and NPR’s Morning Edition. In 2014, she was named one of Marie Claire’s “20 Women Who Are Changing the Ratio” for their twentieth anniversary issue. The Lean In Collection was a recipient of an International Center of Photography’s 2015 Infinity Award. Grossman graduated from New York University with a degree in cultural anthropology. 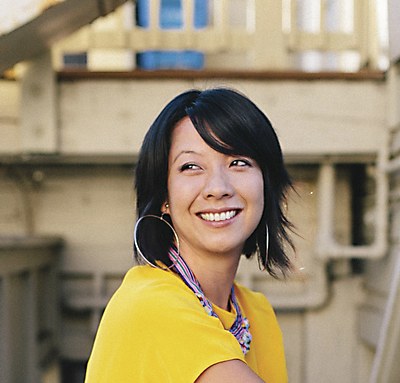 Columns / Insights
Joyfully Subverting the Status Quo
Musing on what she wants the future to look like, Khan Academy’s director of design May-Li Khoe outlines how digital design can help us get there.

Columns / Voices
The Little Assignment That Could
All projects can be winners, and you should treat each one as such, Dave Kuhl argues. 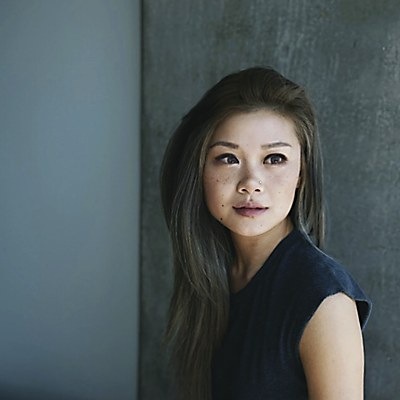