Present and Future Adventures in Illustration

In a written piece and an illustrated board game, Jaleen Grove tells the story of illustration.

Sometimes the story of the past 60 years of illustration sounds like a fairy tale.

Once upon a time, the illustrator was as happy as a king. Then the publishing castle was besieged by television and photography, spelling the demise of leading magazines. From the 1970s to the 2010s, our cast-out hero got lost in three economic swamps and the woods of technological revolution. Although some brave new art forms appeared, the general plot was one of perpetual jeopardy as illustration on the whole lost cachet. Values, aesthetics, skills and markets shifted so drastically that the “death” of illustration was seriously debated circa 1999. The wolf was at the door. Then, with the millennium, there was a comeback, thanks to the illustrator’s phoenix-like superpowers of reincarnation. Since 2005, the industry has been alive with far more diverse aesthetics, ideas and makers than it has ever had.

Does the illustrator live happily ever after? We’ll see. Let’s at least discern some of the issues that will impact the story to come.

RESPECT
One of illustrators’ longest-standing complaints persists: that designers and art directors don’t include them in the creative process enough, treating them instead as a “wrist” or a stylist. Now there’s a twist on that. “One thing I’m noticing is that more and more people are talking about ‘collaborations’ as a method of working,” opines veteran illustrator Anita Kunz. “I don’t believe any great art has ever been made by committee. Can you imagine someone telling Ralph Steadman or Sue Coe or Pablo Picasso, ‘Well, what if you did this instead?’”

On the other hand, “there has been a major change in the wider perception of ‘illustration’ in the FIeld of children’s books,” says Martin Salisbury, a United Kingdom–based children’s book illustrator and historian. “The traditional notion of illustration’s role as subordinate to the written word has gradually been replaced or widened by an awareness of visual storytelling and visual authorship. The new picture book makers—such as Jon Klassen, Oliver Jeffers, Kitty Crowther and Beatrice Alemagna—are helping to evolve a hybrid literary-visual art form that pushes word-image relationships ever further,” he explains. Indeed, illustrator and activist Sarah McIntyre has made some inroads coaxing publishers, award committees and journalists to credit and promote illustrators the same way they do writers through the #PicturesMeanBusiness campaign.

Unfortunately, the pay has not kept up with inflation. Furthermore, observes Whitney Sherman, illustrator and director of the MFA in Illustration Practice at Maryland Institute College of Art, “I had to drop certain editorial clients because of the onerous contracts asking for all-rights.” Money is no longer the measure of success that it was in 1959. “I think success is measured by an illustrator’s ability to navigate our saturated visual world with a unique voice,” illustrator Armando Veve says. “Highly visible projects like magazine covers and ad campaigns are still respected pinnacles. They provide platforms for illustrators to present influential images that provoke and embed themselves in the audience’s minds.”

To attain this level, however, Veve knows it takes “strong art directors who commission work that challenges audiences’ expectations, illustrators who exceed art directors’ expectations, and an audience with a curiosity to stop and look.” But, as Susan Doyle, head of the Illustration department at the Rhode Island School of Design, points out, “audiences have less and less patience to decode a dense image. The closest we come to a sort of national critical consumption of culture is rating the commercials on the day after the Super Bowl.” Common visual literacy is a tall order, given the cutbacks in grade school art education in the United Kingdom and United States. Why is creativity so undervalued? “The only way to appreciate the visual and to respect visual learners is to put an emphasis on art,” Sherman says. “The focus on STEM subjects needs to include art and become STEAM—A for art.”

Since 2005, the [illustration] industry has been alive with far more diverse aesthetics, ideas and makers than it has ever had.”

DIVERSITY AND REPRESENTATION
Yet, a major threat to illustration’s potential and social relevance is the rising cost of tuition—more than $50,000 USD a year at top schools. Expensive education means that many graduates come from well-heeled backgrounds, with a potential disadvantage for truly understanding the circumstances of most people’s lives—lives they shall be called upon to portray. Meanwhile, those with wider economic class experience but massive debt will have to play it safer creatively and as entrepreneurs.

In another vein, an amazing gender shift has occurred in classrooms over the last 30 years—they are now filled with women. Why are so few young men entering the profession? We need balance. Regardless, faculty members, award winners, “big names” and those who get paid best still tend to be men. Hard questions need to be asked about the best strategies to combat lingering sexism when even the esteemed American Illustration inadvertently marginalized women by intentionally minimizing the size and placement of women’s art in the pages of its American Illustration 37 annual, in an honorable but flawed attempt to conceptually highlight the gender wage gap.

Who should draw the picture? In the past, due to systemic inequity, male Caucasians were the default. Now, the authenticity of the illustrator’s personal experience with the illustrated topic matters, because so often, well-meaning illustrators who have had no personal experience with immigration, rape, racism, gender-questioning, mental illness or another topic where disempowerment is a factor have obliviously bungled it with depictions that survivors find insulting or unhelpful, or that do not illuminate the issue at hand. Many mindful art directors also wish to extend opportunities to marginalized creators in order to present a range of perspectives and to promote equity. Hence the success of the Women Who Draw directory (womenwhodraw.com), which enables clients to filter by race, location, sexual orientation and religion.

Still, there’s a long way to go. According to the US Census Bureau in 2018, 13.4 percent of Americans identified as Black or African American, and 18.1 percent as Hispanic or Latino. But the Cooperative Children’s Book Center at the University of Wisconsin-Madison’s School of Education finds that of the children’s books distributed in the United States during 2013–2017, books concerning African Americans and Blacks made up only 6.81 percent, and books concerning Hispanics and Latinos made up 3.45 percent. These figures are scarcely up from 2008–2012.

More balance is apparent in the international children’s book scene. Salisbury reports that there has been “a long-overdue opening up of the market to foreign-language picture books ... from Europe, the Far East, Middle East and South America thanks to independent publishers such as Flying Eye, Tate, Thames & Hudson and Enchanted Lion. The large conglomerates have of course followed.” Salisbury also notes that China had a strong showing at the 2018 Bologna Children’s Book Fair, and that “the Chinese government’s new guidelines that a greater percentage of their children’s books be created by indigenous Chinese artists will have a considerable impact too.”

NEW TECHNOLOGY
Virtual reality (VR) is on everyone’s minds these days, but Veve wonders if it will stay “a very niche market with limited accessibility,” compared to the enthusiastic adoption of digital tablets, for instance.

On the other hand, digital artist Sparth is optimistic about “super intuitive ‘next-gen’ 3-D apps, like Blender, that allow you to better express your creativity without the hassle of conventional modelers and renderers; and prototyping and modeling in VR, Oculus or HTC Vive with Gravity Sketch or Quill.”

Expensive education means that many graduates come from well-heeled backgrounds, with a potential disadvantage for truly understanding the circumstances of most people’s lives—lives they shall be called upon to portray.”

“We are already seeing a trend towards VR headsets that artists use at their desks,” Sparth says, but “the main challenge is to know how to blend everything together without losing your own style. ... 3-D models by essence rarely have the emotion of a brush stroke or a color choice. In other words, what needs to exist is more apps and software that can perfectly blend 2-D and 3-D into a unique creative approach that will fit the artist’s conveyed emotions and specific art styles.”

Data visualization is also becoming very influential. In a world increasingly flooded with data yet starved for trustworthy information, visual representations of data sets, such as those by the Guardian’s Mona Chalabi and the New York Times’ graphics department, may help the public critically consume quantitative findings. Data literacy and visual literacy need to be supported in public education, however, so that these powerful tools of persuasion are neither abused nor blithely accepted.

Meanwhile, the traditional book is far from dead. “Six or seven years ago, publishers got in a terrible spin about picture book ‘apps’ replacing the physical book,” says Salisbury. “But the physical book is proving to be extremely resilient ... As some of us predicted— apologies for gloating—the book needed to become more beautiful as an object to be owned and cherished. Our bookshops are now alive with wonderful displays of beautifully designed and produced big books that are awash with embossing, debossing and lamination.”

THE ILLUSTRATOR OF THE FUTURE
Barbara Nessim, who pioneered digital fine art and illustration starting in 1982, reminds us, “It wasn’t until 1996 when there was no doubt that computers were not a ‘fad,’ as most people thought. But they were here to stay! Big time!” When asked what wisdom today’s illustrators can take from the past when they face the next “death” of illustration, Nessim replies, “Change can be your friend. I see opportunity when I come across an issue. I try to understand the other side and see how I can work with the issue.”

“The best strategy is to be well prepared for whatever course a career may take,” Kunz says. “That may now mean having a more general knowledge of the different aspects of the field rather than being a specialist. It’s no longer an effective strategy to do only one thing.” Veve concurs: “Twenty-first century illustration is a more cross-disciplinary practice. Today, an illustrator can take on many roles at the same time.” Gary Baseman, for example, has created an animated television show, produced vinyl toys and handbags, and exhibited as a fine artist in museums and galleries. Octogenarian concept artist Syd Mead, who started out rendering futuristic cars, later worked in film and then theme park design, and is now developing augmented reality. Doyle notes that “illustrators are and will more often be initiating and guiding content ... broadcast media is a beast that needs to be fed. No interesting story goes unnoticed.”

Both skill and ideas will continue to count. Sparth sees the illustrator of the future as “a jack-of-all-trades, but also an expert perfectly juggling with multiple apps in 2-D, 3-D and VR,” while Salisbury predicts the future illustrator will have “greater control and authorship, and greater confidence to tackle social, environmental and political issues in nondidactic, poetic ways that can enrich young minds.”

What is the ultimate moral of the story of illustration from 1959 to 2019? Illustration should no longer be defined as a trade or a thing. Rather, as Sherman says, “Illustration is a mind-set, where anything is a potential tool.” ca

An associate editor of the recently published History of Illustration (Fairchild Books/Bloomsbury, 2018), Dr. Jaleen Grove is assistant professor in illustration at the Rhode Island School of Design. 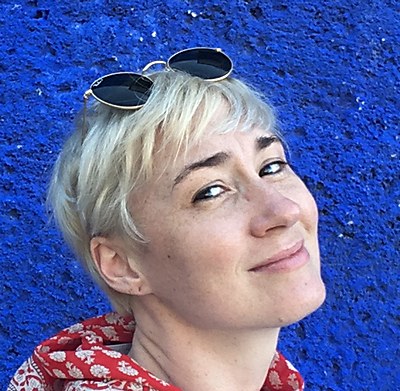 Columns / Insights
Drawing is Acting
Author and illustrator Jessica Love shares how acting has helped her create richer stories on the page. 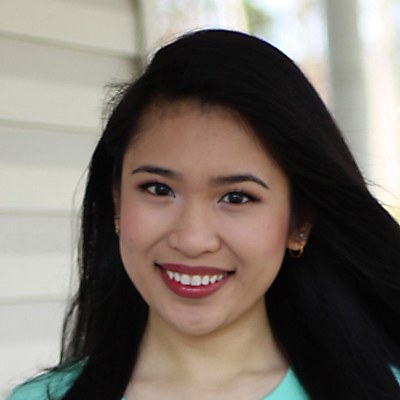