Pulling Commercials out the Arse

By Martin Stirling
How did you first discover you wanted to be a director? Raised on movies, I was obsessed with being a stuntman—because what self-respecting child doesn’t throw himself or herself around with a false sense of invincibility? After a crippling accident, my stunt career was over—at age nine. As I was getting some ligaments reattached, I saw a behind-the-scenes featurette on Terminator 2: Judgment Day, where they were shooting a scene involving motorbikes, robots, helicopters and lots of stuff getting blown up. Some bloke called James was orchestrating it all, and that is when I thought that being a director could be a half-decent consolation prize.

How does your background directing shorts like “Future.Inc” and “Automate” inform how you approach commercials? Both of those films were shot very quickly and without money, so I became well versed in pulling rabbits out my arse.

Emotion lies at the heart of many of your commercials, like the sadness of a young refugee whose life has been upended in “Most Shocking Second a Day Video” or the regret of an old woman who drove distracted in “Don’t Look Back.” As a storyteller, how do you create commercials that tug at the heartstrings without feeling melodramatic? This is the mystical part of directing for me, and why it is so important to hire the right director for the right project. For me, directing is about taste and experience. That’s not something you can prep; you embody your own work and leave part of yourself in them. I hate those ads that tug at the beater with saccharine music—it’s like someone vomiting in your face. Nobody wants that. The real art is when you can affect people with the slightest touch.

Your video “Silent Generation” builds tension and anger to rally young voters to the polls—without resorting to dialogue. How do you use sound to enhance a commercial? Sound is massively undervalued. It is seen as a tool to enhance when it is, in reality, absolutely vital. We’ve fallen into this idea that we work in a visual medium, but it is really the sonic level that moves us. “Silent Generation” used sound—or more importantly, the absence of sound—to make a point. Even if you look at “Most Shocking Second a Day,” that story is told completely with sound; the voices in the background slowly build a sense of impending doom. We designed the video around sound, then visually composed and captured it later. The sonic landscape is the foundation for great cinematic storytelling.

I hate those ads that tug at the beater with saccharine music—it’s like someone vomiting in your face. Nobody wants that.

As video content—ranging from cute animal videos to song covers—compete for the attention of young people today, have advertisers kept up? I think that very few advertisers are making anything of interest or value to young audiences. The industry lives in its own bubble; the sooner we realize most people couldn’t give a shit about what we’re doing, then we can really start working. Audiences are very capricious, so advertisers need to be on their toes or be struck down by irrelevancy.

You’ve created commercials for social justice organizations tackling issues like food wastage and insolvency. Why are you drawn to creating ads that sell more than products and brand narratives? Because the phrase “brand narrative” sounds so unappealing! In all seriousness, briefs from social justice organizations tend to offer more creative freedom and some actual value to the audience. Ultimately, I want to make things I’d want to watch or think was cool—it’s a bonus when you’re trying to do things that make our world a better, more interesting place to live, instead of trying to flog shit people don’t need or want.

More brands today are churning out socially conscious advertising. What clichés have some brands failed to avoid? I see public service announcement and charity work as what music videos used to be in the ’80s: a place where you could run free and be reckless. Now that it’s becoming “the thing” to do, it’s losing its punk. I’m all for seeing brands spending money to make the world a better place to live, but you can’t kid the audience—they’re much smarter than we are and way more discerning.

Your viral Greenpeace video “LEGO: Everything Is Not Awesome” put pressure on Lego to discontinue its long-standing relationship with Shell due to the oil company’s Arctic drilling operations. What was your reaction when Lego finally ended its partnership with Shell following the campaign? We are constantly seeking to make things creatively effective. It’s easy to see it as a result—it made history and global news, not bad for something that was thrown together in two weeks with a pocket of loose change. I was happy it made global news because it was further proof that advertising can be a genuine creative force for good. It opened the conversation about good brands making responsible partnerships. And I hope that it put a few nails in the coffin of the advertising phrase “cradle-to-grave brand loyalty.”

What does such success say about where advertising is headed? It proved that you don’t need millions of dollars and a massive team of people beavering away. You just need a solid idea, a good execution and some decent mates who can help you put it together. Make it good enough, and the world will see it.

What advice do you have for someone just starting out in advertising? Be angry. Don’t stand for anything mediocre. Don’t make anything by committee. Stay true to your vision. And don’t take advice from people.

The best time to pull something off is when nobody is looking.

Filmmaker, writer and artist Martin Stirling is mostly known for his commercial film work. After a string of playful and provocative viral hits, Stirling has been hailed as “one of the Internet’s most-watched directors.” His video for nongovernmental organization Save the Children, the “Most Shocking Second a Day Video,” exploded online with more than 25 million views in the first five days, going on to win a Cannes Gold Lion. He followed this with the “LEGO: Everything Is Not Awesome” ad, which criticized Lego’s partnership with Shell; the video made history and global news after Lego ended its fifty-year relationship with the oil company. Martin also created “Standard Operating Procedure” with Oscar- and BAFTA-winning filmmaker Asif Kapadia, in which they force fed Mos Def to highlight the human rights violations at Guantanamo Bay; it received more than nine million views. With more than 100 million views online, Stirling’s work has become a part of Internet culture. Stirling is an alumni member and associate artist of the National Youth Theatre of Great Britain and has written and directed plays at various venues, including Soho Theatre and the Vaults Theatre. His work as an artist has been exhibited everywhere from Detroit to London to Los Angeles to New York’s Museum of Modern Art. He lives on a houseboat on the River Thames, where he writes children’s books, mostly about animals. 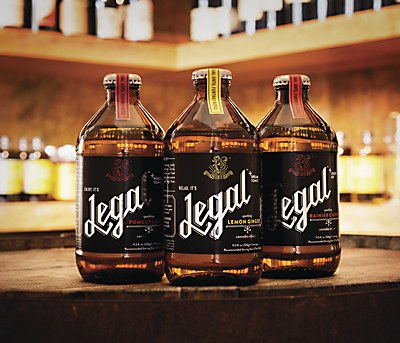 Columns / Design Details
Inhale. Exhale. Enjoy the Aroma of the Next Big Market for Designers: Cannabis.
Legal cannabis is a gold rush opportunity in the design world, Ellen Shapiro reports. 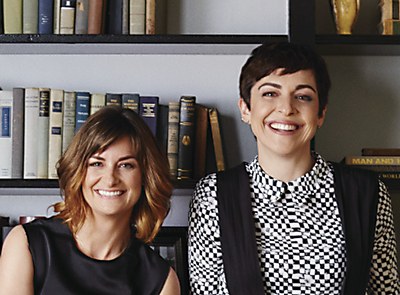 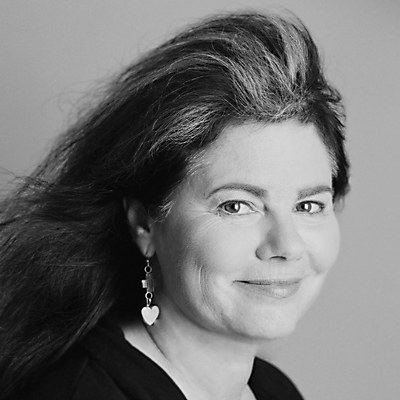