How did you begin working at Territory Studio and what led you to cofound its San Francisco office? After finishing a project with Nintendo, I met David Sheldon-Hicks and Nick Glover, the cofounders of Territory. Their business was just getting started, with a small team of four people, and they offered me what others could not: a voice and a say in an organization with a target that aligned with what I was seeking. I realized that accepting any offer from a bigger company would mean I’d become another cog in an already functioning larger studio.

After I worked as an art director at Territory in London for four years, we expanded to the West Coast, where we had already established a roster of film and game clients. I packed up my life and arrived in San Francisco seeking clients, talent and office space. Soon, I became a cofounder and part of the board, and, five years later, the San Francisco studio has grown to around 30 people working on a variety of projects that span TV, film, games, commercials, and digital platforms for industries including automotive and fintech. We are always working from a design-centric approach.

How did you discover your passion for motion design? When I began participating in short film festivals with friends, I wanted to create a title sequence that used 3-D. After researching, I discovered a world that truly captivated me—not only because of the opportunities and potential that motion design offered, but also because of the community behind it. Since then, the industry has grown exponentially because of the increased accessibility to software, learning platforms and online tutorials that you can find at low cost or no cost at all. When I first started, I had to read manuals and books and compare them to what I was seeing on screen to learn how to use certain tools.

What are the difficulties of integrating user interface (UI) design into feature films and video games? Film and TV interface designs need to please the director’s vision while also facilitating story narratives for a broader audience. The challenge then becomes integrating certain visual aesthetics. These interfaces don’t have to be functional since it’s all fiction, which enables us to disrupt and design new things without being limited to the kind of user experience that is required in real life.

For video games, it is a different story. Having worked with various game companies for many years, I can tell you that the attention to the user experience is of paramount importance. Users need to be able to understand an interface as soon as they land in a new game’s universe, and they still need to find it engaging after the 1,000th time playing that game.

What are the opportunities and demands of working on a feature film? The opportunities are endless! Every film has a different style, time and space, and narratives that need to be covered quickly. The demands are very high, and time is of the essence. Our team is tasked with speeding through creative processes to create technologies and interfaces within a few weeks, a process that would usually take a year in a normal product development environment. And not only are we designing them, but we are also animating their behaviors with the film talent’s movements, and sometimes even compositing those graphics into the final picture.

What are the differences between designing user interfaces for automobiles versus sci-fi films? Real technologies and products need a more thorough process, especially when human lives are at stake. Sci-fi films focus more on the “art of the possible,” enabling our team to think differently without a “function-first” approach. The beauty of always working on both of these types of projects within the same creative teams is that sometimes you discover ways to visualize things from one industry that can be applied to the other, and vice versa. Having such a close understanding of the real technologies that are being developed for release over upcoming years also enables us to be more accurate and precise when speculating what’s yet to come for a future-facing film project.

I can tell you that the attention to the user experience is of paramount importance.”

What has been your favorite client project? The Martian because it enabled me to push both worlds—real and fictional technologies—into one project and learn a lot about space. Director Ridley Scott wanted our team to learn every single widget that NASA and the Jet Propulsion Laboratory use in their missions, to the point where I was asking scientist and roboticist David Lavery, who was responsible for directing missions that placed rovers on the surface of Mars, a slew of technical questions every Wednesday. Ridley wanted us to show real data so that if a NASA engineer watched the film, she wouldn’t be disappointed. But we had to apply a layer of design to make the graphics look appealing and be understandable for the broader audience in the cinema.

How do you think COVID-19 has affected the way brands view UI design? Nothing can replace human interaction as we know it. There can never be anything as visceral as collaborating in person. But at Territory, we have found certain tools that help our teams brainstorm and collaborate within virtual environments in real time. The possibilities excite me a lot. If virtual solutions such as augmented, virtual and mixed reality evolve quickly enough, we will soon experience a breakthrough in interface design, which will expand beyond that rectangular screen we all know to offer us truly immersive experiences.

Whose work do you love and look toward for inspiration? I grew up surrounded by music at home with my dad, who was a musician, and this triggered something in me. After all, good composition is based on math, which is similar to a good song score, tone or mix of colors. All are vibrations that can be combined in unique ways to trigger a positive neuronal response. Born in Barcelona, I’m inspired by the architecture of this beautiful city with many influences from the likes of Antoni Gaudí and Salvador Dalí, amongst others. Also, too many great digital creators inspire me; it would be unfair to mention just a few.

What emerging technologies and innovations will have the biggest impact on how you design in the next few years? Real-time 3-D engines and higher computational and graphical power are already enabling motion graphic designers to disrupt many industries. I think this will continue to evolve to the point where reality and fiction will blur, where we will be able to simulate certain environments so well that our brain won’t be able to distinguish between the two. Certain advancements, such as Neuralink, which is developing implantable brain-machine interfaces, will help us directly change the perception of our world as we see it today.

What do you think of the motion design industry at the moment, and where do you see it headed? I love the fact that motion graphics wasn’t even a thing when I started my degree in multimedia design, and now, everything is more accessible, such as software and learning tools, so there is almost no fiction to enter and create. I like that I’m participating in such a lovely industry with a great community that keeps growing every day. One thing I do notice, however, is the lack of work/life balance in our industry. Artists and producers are being expected to work long hours to meet surreal delivery times, especially if they are working full-time. We need to educate clients on what it takes to complete projects in order to create a barrier of protection for our talent. This way, we get to have a healthier lifestyle and while continuing our love for design and the long process of creation that often comes with it.

Marti Romances is creative director and cofounder at Territory Studio in San Francisco, California. Born and educated in Barcelona, Romances draws on his expertise of blending creativity with technology to realize innovative future-facing experiences. As a motion graphic designer and multimedia artist, his work is seen in films including Avengers: Endgame, The Martian and Ready Player One. He brings his future vision from Hollywood into the architecture of real-world technology for IPs and brands such as General Motors, Estée Lauder and HP, and has attracted gaming clients such as EA Sports, Microsoft and WB Games. Romances serves as an inspirational speaker, and has spoken at Adobe MAX, the External Development Summit and SIGGRAPH. 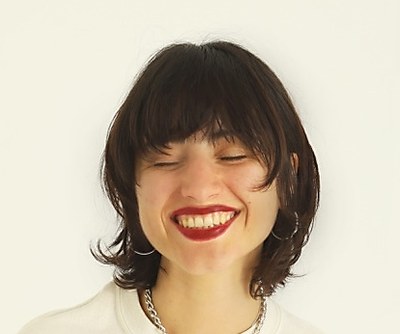 Columns / Insights
Listening to Creativity
Raissa Pardini shares how her passions for design, music and art history became organically intertwined in her approach. 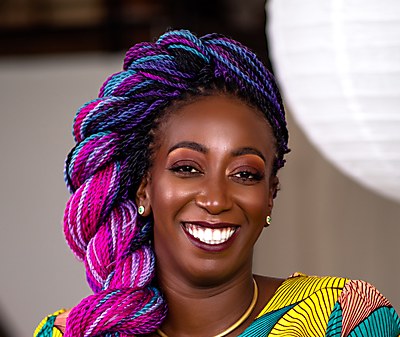