How did you discover you wanted to be a designer and get started in the field? I don’t think I ever set out to be a designer: it just happened. I grew up in an environment where, at age sixteen, you picked whether you wanted to be an artist, an academic or work in finance, and you stuck with that decision. I picked art as a profession, decided to be broke forever and read academic papers for recreation. For a long time, I thought that was the extent to which I could combine the three.

Now, I identify with the terms researcher, strategist, technologist, artist and entrepreneur just as much as designer. In design school, I struggled to commit to a specialization: identity design, photography, publication design, animation or journalism. I started by trying out all of these intensely, taking up all kinds of projects that excited me and not limiting myself to a single discipline within design. Along the way, I met some amazing creatives and learned about their specializations and how the industry works.

What intrigued you about creative technology and led you to study it at New York University (NYU)? I kept looking for that one thing that defined me as a creative: you know, that thing that all designers seek. I felt the pressure of needing to have an aesthetic style or skill to stand out as a creative. I wish more people talked about how we don’t have to be pigeonholed, that we can just let the idea dictate the media. I was interested in critical and discursive work; maybe that was my creative voice and not an aesthetic. To have known this when I was starting out would have saved me a lot of anguish, thinking if I’d ever find that one thing.

So, you can imagine my excitement when I discovered creative technology and the interactive telecommunications program at NYU. I didn’t have to fall under a label, a stereotype, a practice or a skill? I could be interested in a lot of things? That was the dream! It wasn’t the “emerging tech” part of creative technology that excited me; it was the interdisciplinarity of it. I could combine cognitive science with design, biomaterial with art or filmmaking with technology. There were no boxes or categories. I could finally combine my nerdiness with my art and everything in between. I was around engineers, writers, musicians, psychologists, occupational therapists—just people who wanted to make things. Emerging tech just happened to be additions to our toolbox.

Deciding to leave my position at Wieden+Kennedy (W+K) was not easy. It’s a special place and will always be for me. The team there saw my potential when I barely had any real experience. It was the place where I grew up as a creative. I wouldn’t have had the same approach to creative technology was it not for W+K. It was not an easy decision, but I was curious.

Tell us about your project, Hallucinating Type. What inspired you to undergo this project, and what did you learn about creating spatial AR sculptures from your type posters? Hallucinating Type is a series of mostly angsty, spatial type posters in AR across New York City. It started when I stopped approaching AR like a technologist but instead as a designer. In conversation with a professor, I realized there are no rules for communication design in AR—I could build my own.

I tried to incorporate the grid, one of the oldest graphic design tools, with AR, one of the newest technologies. With this, the posters turned out to be more than simple extrusions of 2-D restricted to four corners; they became posters to be embodied with 3-D grids that could be in the shape of a cube or a tornado or ice cream—just about anything.

Throughout the process, I realized AR requires a combination of disciplines if you want to go beyond “awe.” Knowing how to make 3-D models is not enough. While I used publication design tools to organize information, I didn’t realize how much wayfinding would come into play. In the end, AR requires design for real physical spaces that go beyond a screen. Rules on viewing distance and material design, among other things, became important. Moreover, we experience AR through our mobile phones or glasses—both are experientially different. Having knowledge of interface design helped me navigate that.

How do you think AR can enhance environmental and experiential design? We’ve barely scratched the surface of all AR can do; explorations have been mainly in education and entertainment, where fault tolerance is higher. That’s changing as our technology evolves. There are talks about functional AR glasses. We finally have accurate geolocation in AR. And virtual objects can react to the physics of the real world—how crazy is that?

One speculation is that AR can change wayfinding forever. Integrating AR navigation into our physical environment will be convenient, but, more importantly, it can potentially increase our spatial awareness, which is currently compromised by our dependence on 2-D digital maps. Even with digital therapeutics, real-time AR interventions will be a truly revolutionary addition to our healthcare system.

As much as AR has the potential to enhance our environment, it can also worsen it. We need to be careful about who we want to give access to our personal space. Virtual assistant technologies are scary enough already. A comfortable balance is what we need to achieve.

The most exciting thing about new media is the possibility of challenging traditional design standards. These new technologies have different affordances; it would not be fair for us to simply translate old standards into new media.”

In your personal work, you explore all kinds of new media, from creative programming to AR to VR to machine learning (ML) and AI. As these media are becoming more adopted into mainstream design, what possibilities and challenges do you think they present designers? A lot of design was getting prescriptive. The most exciting thing about new media is the possibility of challenging traditional design standards. These new technologies have different affordances; it would not be fair for us to simply translate old standards into new media. What I love about design is how much of it is based on functionality, like in wayfinding or publication design. New media provides a great chance for us to experiment and find new ways of doing old things.

Before that, it’s important to get over the awe of technology. The more we use it, the quicker we approach it more objectively, like a medium and not a shiny new toy. We must think about new media broadly and not superficially to avoid falling into the trap of “tech for the sake of tech.”

Another challenge is dealing with how fast-paced the industry is to keep up with all the innovations. It involves using a lot of tools that are barely read yet. This is gambling, most of the time: you don’t know if your project will break after a few updates or go obsolete within a year—or even if the technology itself will exist the following year.

One of the themes I love is how your projects incorporate internet culture, like the drinking card game based on the Am I The Asshole? Subreddit or the AR ad blocker for Times Square. What inspires you to explore digital culture and give it a quasi-physicality through new media? I am from a generation that grew up with Tumblr—you know, back when Tumblr was Tumblr. Digital culture has been as big a part of my life as real-life things. While these boundaries are blurring already, they can vanish completely with advanced new media; we could simultaneously be living our digital and physical lives. Not only is it fun to prototype that future, but I’m also drawn to projects that juxtapose the digital with the real because I believe there’s a lot we can learn from each other. Much of my work is discursive; by giving some of these digital things a quasi-physicality, I can draw analogies to illustrate some of these concepts better than I could have otherwise.

Whose work do you love and look toward for inspiration? I never have to look too far. Fortunately, I am surrounded by talented peers. I love seeing how everyone thinks differently and how our individual experiences shape our work. I was in awe when someone made a physical musical instrument that you could play from anywhere in the world or when someone distilled one of the more complex computer languages into something like first-grade-level math.

For me, it’s not just the big, the new and the immersive; it’s the everyday things that inspire me. I find inspiration when I’m not looking for it, in things that have absolutely nothing to do with what I’m doing. It could be in a stranger’s hair at Washington Square, for all I know.

What is the most intriguing work in interactive design that you’ve seen recently? I’ve found myself obsessed with the work of Schultzschultz, a studio based out of Frankfurt, Germany. It’s one of the few studios that truly experiments with technology and design. My favorite project is a responsive type that you can manipulate with a game console! How absolutely genius is that?

Do you have any advice for people just entering the profession? Getting into creative technology is a continuous process of learning, growing and adapting to the changing landscape. The most important quality you can bring to the table is curiosity. It’s not just about projection-mapped rooms or animating the client’s logo in AR, and it’s definitely not about generating ML art for your NFTs. It’s about trying something you’ve never tried before, failing and then trying something new, knowing very well that it might not work tomorrow.

While people need to explore all the technical aspects of these new technologies, know that we don’t all need to be geniuses. There will always be someone who is a better engineer, artist or musician than we are. To create powerful work that can bring about change, we need to collaborate with people from different disciplines who share similar interests. We are at a point where change is imperative, and good use of media with the power of technology can help catalyze it. ca

Rajshree Saraf is a designer, artist, researcher and creative technologist. A former Wieden+Kennedy art director with a master’s degree in interactive telecommunications from New York University, she now creates work that integrates design with emerging tech with a focus on augmented reality. Combining criticism with a strong sense of humor, Saraf explores discourse on the subtle cultural norms of our society through her personal work. She is interested in speculative design, which confronts traditional design practice. With her range of skillsets, she’s currently researching communication in AR and digital therapeutics. She was accoladed on the 25 Under 25 list in India in art and design. Her work has been featured in Communication Arts, Homegrown, It’s Nice That and Platform Magazine. 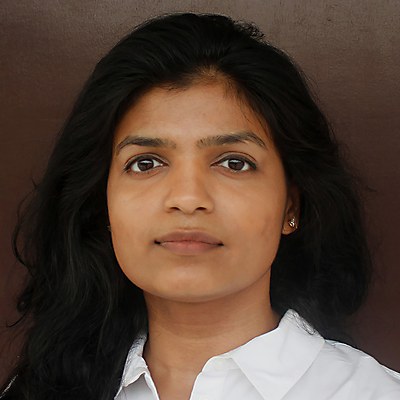 Columns / Insights
Type From All Angles
Namrata Goyal, type designer and typographer at foundry Universal Thirst, talks with us about her creative process behind designing multiscript font families. 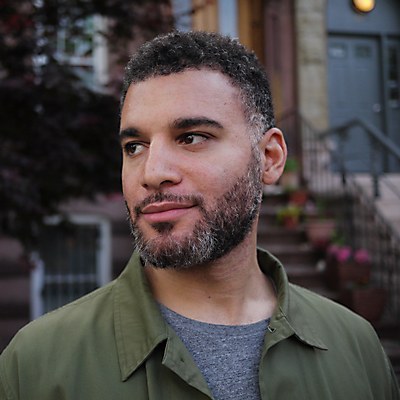