Are you pattern-curious? Admit it: you’ve dreamed of untethering your designs to conquer vast acreages. Blank grids make you swoon; generous bolts of cloth, ditto. Your collection of wrapping paper well exceeds the humdrum pace of your actual gift giving. Bold wallpaper floods you with unhinged joy.

You’re in fine company. The once-siloed world of pattern design has opened up in recent years, welcoming graphic designers and illustrators as well as pattern specialists. Despite this openness, pattern design—like its cousin typography—still operates as a walled garden, replete with its own design rules, production issues and unique modes of marketing. One cannot simply rush in pell-mell; the plunge demands thoughtfulness, apprenticeship and preparation.

Some of the most exciting pattern designers today—both specialists and crossover talent—shared with me their hard-earned wisdom on what it takes to succeed in this parallel universe.

Differences start with the work itself. Take Lotta Nieminen, a Finnish-born illustrator now based in New York whose whimsical, yet detailed illustrations made her an excellent candidate for crossing over into pattern design. Self-taught, Nieminen plunged into patterns with remarkable success, designing gift wrap for the Japanese brand Tryn and patterned housewares for department store Sokos Helsinki and, most recently, collaborating in fabric design with the department store Liberty of London. “In pattern design, it’s very important to keep the big picture in mind—how it works as a whole, not just looking at the single repetition you’re working on,” she advised. “Also, keeping the final scale in mind is important. What will it be applied to? A pillow, a sheet of wrapping paper or fabric by the yard?” Kustaa Saksi, another Finnish designer, concurs: “It’s important to be able to handle the whole ensemble,” he explained. “Understanding of rhythm, space and mass is necessary. A good pattern designer always keeps in mind what he or she is designing for.” Saksi works as an illustrator, textile artist and installation-maker, but is perhaps best known for his profuse pattern designs for housewares brand Marimekko.

Regarding the challenge of hitting the mark at every possible scale of your design, Catarina Guerreiro says, “You need to make sure your repeat is balanced and doesn’t have spacing issues or unintentional directionality,” she remarks. “Pattern design is not about a single motif, but the whole, the balance of the composition.” The Portuguese-born designer lives and works in Belfast, focusing on pattern design informed by printmaking and painting.

United Kingdom–based designer Coralie Bickford-Smith came to pattern design by accident, perhaps wrapped in fate. After training in typography and graphic communications, she joined publisher Penguin as an in-house designer for several daunting projects, including the Clothbound Classics and the Pocket Penguin Classics. Bickford-Smith recalls how production limitations for Clothbound Classics helped awaken her now-signature style: “The blocky designs and simple use of color were restraints imposed by the materials I was using, namely, foil blocking on cloth.”

Michelle Fifis’s advice echoes that of her fellow designers: successful patterns are those that demonstrate a balanced use of color, evenly placed motifs, and a sense of movement and flow. She finds fluidity for her own designs by sketching or painting motifs by hand. Newbies must also ensure their patterns translate successfully from screen to fabric, she says. “Many [fabric] manufacturers are forced to use a limited color palette to keep production costs low,” she explains, “so a pattern designed using 150 colors must be reduced to 12 or 18 colors”—ideally, without degrading the original pattern’s appeal. Fifis knows whereof she speaks: patternobserver.com, which she founded, offers popular workshops, interviews and tutorials, plus the Textile Design Lab. More than 4,000 people have enrolled in her free starter course, Turn Your Artwork into Textile Designs that Sell. She’s also blogged about how agents and print studios market patterns, as well as about blockbuster trade shows, like Indigo and Surtex.

Of course, every career follows an idiosyncratic arc. Lisbon-based graphic artist Danny Ivan observes: “Normally, a pattern designer makes collections or a series to promote the patterns. I love the idea of creating a series inspired by a subject and then waiting for the market [to come to me]”—a reverse from the ordinary process of following trends that has served Ivan well. Many of his patterns—especially Pass This On—got popularized on iPhone cases via print-on-demand sites like Society6.

As a field closely intertwined with fashion, trend is king in the pattern design world—which made it that much juicier to ask our designers which emerging pattern trends excite them most. “Imperfection is one of the strongest trends I’m seeing now and into spring/summer 2017,” writes Fifis. Guerreiro seconds this trend, admiring textural prints with an organic, decay-like feel as well as what she calls the “sketchbook look,” and Nieminen loves big color blocks. Quite a few designers, perhaps exhausted by keeping up, claim to eschew trends entirely.

One way to sidestep the constraints of trends is to change your perspective. London-based PATTERNITY prefers a wide-angle take on patterns, as reflected in its tagline: “Seeing pattern everywhere, from the mundane to the magnificent.” Co-founded by Anna Murray and Grace Winteringham, PATTERNITY’s boundary-stretching activities include a creative studio, a pattern research consultancy, pioneering live events and workshops, and a madly popular visual blog featuring patterns seen in fashion, cityscapes and nature. Its approach blends relentless curiosity with a knack for clever remixes. Take its recent collaboration with the Imperial War Museums to cele­brate the centenary of World War I. Dazzle—a broken zebra stripe used to camouflage warships in the war—became PATTERNITY’s starting point for its Fleet of Dazzle housewares and fashion collection.

A pattern can only intrigue our eyes because of its layered meanings: its associations over time and cultural context, the stories of its many uses, even—paradoxically—the sense of personality a pattern accrues over time. “Perhaps the most exciting pattern trend happening right now is an increasing desire to understand our individual and collective patterns of thinking and behavior—whether it’s reconsidering our eating patterns or taking up mindfulness meditation,” notes Murray.

I’m a sucker for this wide-angle take on pattern, too. I’m firmly convinced that patterns run deeper than mere surface decoration. If you long to make the leap into pattern design, Murray offers some encouraging words. In her view, anyone with an observant eye who’s mindful of interconnections can apply those skills to successful pattern design. “It’s about how you see the world, in a more systematic and connected way,” Murray continues. “It’s important to ask fundamental questions when approaching a new project: What story can this pattern tell about the world around us? Can this pattern make those who engage with it somehow happier or healthier? In a world of abundance, each pattern needs to be worth­while and have meaning beyond the aesthetic.” Thinking in pattern means working a much broader—even infinite—canvas of ideas, which is deeply satisfying work for those designers who embrace the grid as well as for those who go beyond it. ca

Jude Stewart has authored two books and written about design and culture for the Atlantic, Slate, Fast Company and the Believer. 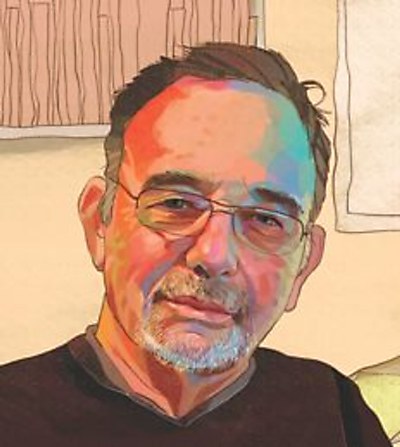 Columns / Insights
Hitting It on the Nose
It's hard to design creative solutions, but Seymour Chwast hits it on the nose with inspiration and moxie. 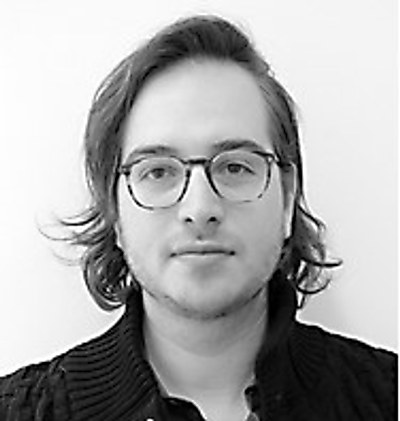 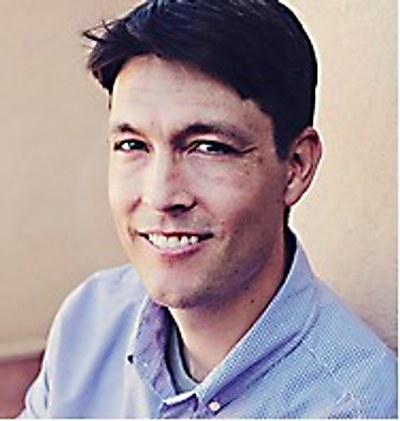