How did you get started in design? I was always fascinated with newspapers, and in elementary school, I created my own neighborhood newspaper. I would write the stories on three-by-five-inch notecards, arrange and glue them to a larger sheet of paper, Xerox the page and then deliver the newspaper to my neighbors. In high school, I joined the student paper, where I really learned what design is.

I also love to read, but I’m not the best reader. I often have a hard time focusing and remembering what I’ve read. To combat this, I’ve become an active reader, someone who scribbles in books and diagrams essays. Now, I have a whole process for annotating the pieces I design. I group sections with curly brackets and a summary, put a box around proper nouns, leave a hash sign next to numbers and put quotation marks next to key quotes. This helps me take the story in and commit it to memory. Making stories visual helps me understand them, and as a designer, I get to do that for other people.

How have your journalism studies influenced the way you design publications? Before I do anything else, I want to know what the story is and why we’re running it now. When I was in college, I did an internship at the Kansas City Star. One of my main tasks was writing local obituaries. To this day, it’s one of my favorite jobs that I’ve ever had. It was really hard to call someone up and ask them questions at the height of their grief. But soon enough, I found that most people wanted to talk about the person they had lost, to share their memories. It was a privilege to hear those stories and share them with a wider audience. Studying journalism taught me to have empathy for the people and places we cover. To value their trust and do right by them in the stories we tell and the designs we make.

What specific lessons did you take away from working at The Washington Post? The Post was my first real job after college, and I worked there for eight years. While I was at The Post, I learned to version—to set aside a limited amount of time to play with the design freely and then edit it later. I’d try to come up with at least three to five ideas, each with multiple iterations. I still do tons of versioning at National Geographic—I create up to 50 versions of a story opener, trying out all kinds of approaches.

I also learned a lot about hiring illustrators from my mentor, Janet Michaud. When you hire illustrators, you should hire them for how they think, first and foremost. Style is important, but not nearly as much as the idea.

What’s a recent National Geographic issue that you’re especially proud of? Our August 2019 issue on migration. Humanity has always been on the move, but the scale of the diaspora is especially striking today. According to the United Nations, more than a billion people are leaving their homes, in search of a better life. That’s one in seven people.

An editorial designer’s job is to present words and images in a way that supports and reflects the reporting. When I’m working on a design, I often ask myself, “How does this story make me feel? How should it make the reader feel?”

Every story in this issue was about transient, disrupted lives. Thus, our design solution was transient and disrupted. Our headlines ignored the traditional borders, flowing in and out of the page, and were always cut off midway. They lived partially outside the world of the page, as if they had one foot out the door. Migration is a story about movement, the forces that push women and men from their homes and the promises that pull them forward. We designed the issue to reflect that push and pull.

Design is hard. Design is subjective. What’s cool and what’s trendy is always changing. But if you have a north star, it makes it a lot easier.”

What is unique about designing for National Geographic? The care and attention that go into selecting the photography. After shooting an assignment, a photographer will submit thousands of frames to the photo editor. The two of them will then narrow that selection down to 50 to 100 images. This “final tray” is then passed on to the designer, who prints “minis,” three-inch copies of every frame. The designer, photo editor and sometimes the photographer will sit in a room and push the minis around, working through the narrative arc. Once they have an order and flow they feel good about, the designer puts the images in real layouts and brings in the director of photography, creative director and design director for feedback. Following their edits, the final layout is presented to the editor in chief. It’s a thorough process, with many voices and perspectives that enable the highest-quality edits.

You created and art directed the Artists on Expedition series at National Geographic Traveler. What is the relationship between creativity and travel, and why is it important to you? Editorial artists are often hired to illustrate other people’s stories. And they’re often required to do so in one frame—to encapsulate an entire 1,500-word text in a single image. But these same artists have their own journeys, their own tales. I created Artists on Expedition to give them a place to share those adventures and to let them do so in a longform way. To let the illustrator be the author. So far, we’ve sent Christoph Niemann to Svalbard and the Mekong River, Jean Jullien to Big Sur and Grandpa Chan to the Galápagos Islands.

Also, when I’m working a lot, I can get really keyed in on a project. There’s a thin line between a flow state and overfocused obsession. Travel literally takes you out of that. It gives you a fresh perspective and gets you out of your comfort zone.

In a recent interview, you said that “good editorial design is not just aesthetically pleasing; it should also convey the mood and meaning of the content.” How do you gain a deep understanding of the content you design for? Read as much as you can and ask questions. A lot of our 3,000- to 5,000-word essays are based on or stem from 50,000-word books, so I read those books and I do my own research. I want to know as much as I can about a subject when I’m designing a story about it. A sense of mastery of the topic gives me the confidence to take creative risks. It also gives me credibility with the editor. If they know I fully understand and care about the piece, they often give me more freedom with the design.

What advice do you have for a designer who’s just starting out? Have a reason for doing what you do. Design is hard. Design is subjective. What’s cool and what’s trendy is always changing. But if you have a north star, it makes it a lot easier. For me, that has always been journalism, which is about being true to the story and prioritizing the reader.

Marianne Seregi is the design director of National Geographic, based in Washington, DC. Prior to that, she was the design director of National Geographic Traveler, where she created and art directed Artists on Expedition, a series of fully illustrated travelogues. She began her career at The Washington Post, where she designed just about every section of the paper, including the Sunday magazine. She graduated from the Medill School of Journalism at Northwestern University.

Columns / Emerging Media
Artificial Intelligence
Anxious about the tech revolution? Sam McMillan reports on the opportunities at the intersection of design and AI. 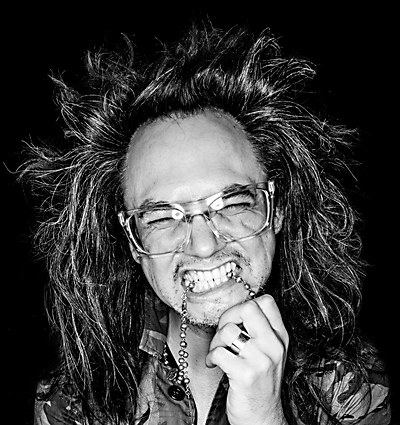 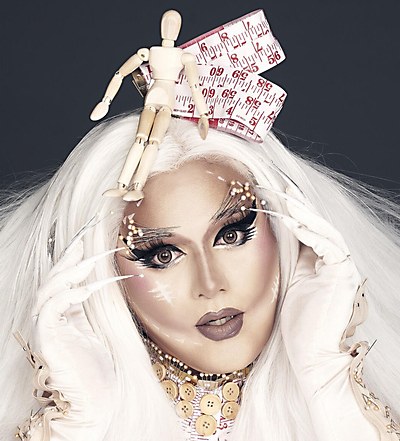