For All to See

How did you discover your passion for visual culture? In 1992, the civil war in Lebanon had ended, and I grew up in Beirut. The American University of Beirut (AUB) had launched a new graphic design major that wasn’t known yet; not many people in Beirut knew what design was. But to me, it was intriguing, and I became a student. Leila Musfy, who founded the program after the war, started involving people who were on the cutting edge of visual culture at the time. We had the Lebanese artist Mohammad Rawas, who had studied printmaking at the Slade School of Fine Art in London, and we had Samir Sayegh, a well-known art critic, calligrapher and poet, along with many other young Lebanese designers who had studied in the United States and Europe and came back to postwar Lebanon. Their passion to build something after the war in Lebanon was contagious. Their ideas of change and creating something new were left with us as we were developing as designers and as human beings.

For your earlier project A Thousand Times NO, you found different forms of the “No” character on various artifacts in countries where the Arabic script has been used. How did this work influence your spray campaigns during the Arab Spring uprisings? Actually, it was the ammunition. It provided me with the first burst of creativity for the revolution. By 2010, I had a thousand “nos.” It was, in itself, a strong political message, but with the revolution, I had the platform to translate that message and use it on the street. The thousand “nos,” which were vague and a negation of reality, were suddenly transformed. They became concrete, and I started saying no to things around me every day during the revolution. It went from being a general message that anyone could adopt to being a more specific, targeted message.

What surprised you about the response to the campaigns? Being on the street reveals a spectrum of ideas and opinions. On one side, you have people cheering you, stopping to help you, holding your stencil, giving you food, priming the wall, taking photos with you and giving you words of encouragement. On the other side, you have people cursing you, chasing you off the street, threatening you, telling you they’re going to beat you and calling the police on you. In Egypt, I was once chased by three men who were screaming and threatening to beat me up and I had to run and hide in the American University of Cairo (AUC)’s downtown campus. And in Paris, the worst thing that happened was older French women would walk up to me and tell me, “Why are you painting Arabic in Paris? Go paint it in your own country.” So, for me, the most interesting part of being on the street are the different views that you are exposed to, unlike a gallery, where people are polite and the worst it could get is having a critic review your artwork and say that it’s uninspiring. On the street, people are more territorial and in times of unrest can actually kill you if they feel strongly about your work. For example, the political posters during the war in Lebanon that marked which militia was in control of the street you are on. You obviously couldn’t hang a poster by an opposing militia on that street.

How has creating street art affected the way you approach design? I’m working on a module where it’s more based on connecting with the community where the artwork is painted. Last year, I was invited to paint a 98-foot wall at the Nicola de la Haye art and architecture building at the University of Lincoln in the United Kingdom. Lincoln is an older city; it had the highest vote for Brexit. With art curator Clare Cumberlidge, we reached out to the community, asking the Muslim women of Lincoln, the YMCA, students from the university and anybody who’s interested to work on this wall with us. We created daycares for mothers to keep their children if they wanted to paint. That simple act of having childcare brought out so many women, and it was beautiful to have all of these women coming from different backgrounds to the wall. Not only were there old and young women from Lincoln, but there were also women from Palestine, Egypt and Pakistan—some of whom were veiled and have never painted in their lives—who came to my wall for three days to paint.

I also painted another wall in Antwerp, Belgium, where I had been invited to speak at the Integrated design conference. This time, we had a soup kitchen and free photography classes, and anyone passing by could join. Instead of quick interventions that I did illegally on the street, these murals were becoming collective social spaces where conversations about tolerance, our collective humanity and bridging cultures were starting to take place. So, yes, I invested a lot of time in designing beautiful walls, but what’s more valuable are the stories that the walls have and the people who engaged with them.

As a visual culture, we have to learn how to communicate with our direct communities and with people who are further away from us.”

How does Arabic typography and calligraphy inspire you? When I graduated from AUB, I started working at an advertising agency in Dubai. I wondered why Arabic looked so ugly in the contemporary context. When I studied at AUB, my teacher used to show me beautiful examples of historic Arabic calligraphy that were absolutely breathtaking. Then you look at the world around you and something is off. Why did the Arabic script become so visually unpleasant? What happened? So, I decided to work on a master’s degree to study the history of Islamic art and architecture so it could help me understand the problem. And then things became very clear. The script is always linked to identity, politics, colonization, power struggle, education and an awareness of all aspects of life. Your script is a manifestation of the philosophy of your culture. In a postcolonial Arab world, it was only natural that we would look like this.

What was your greatest challenge when developing the design curriculum at the AUC? I looked at all the programs in the region and discovered that we had no courses on the history of Arab graphic design. Most of the history courses that I studied or came across were from a Western-centric point of view, and they only focused on designers in Europe and the United States. I started asking, Where are the designers from my part of the world, and why can’t I learn anything about them? I wanted to cover that gap. It took us around six years before we could offer the courses, since we had to get a grant and do research. Now, I’m coauthoring a book on the history of Arab graphic design called A History of Arab Graphic Design, which is coming out with AUC Press in 2020. I’m really happy that we were able to offer an alternative narrative for design in the Arab world.

What do you hope students take away from the courses? We are trying to not only make our students understand their locality better, but also have them understand that they are global citizens and that they belong to the world at large. As a visual culture, we have to learn how to communicate with our direct communities and with people who are further away from us. We also try to open our students’ eyes to important issues, whether it’s about human rights or gender inequality. We give them the practical and theoretical information that any designer needs to learn today, but we also introduce them to their own visual culture, something that I had the pleasure of learning with Samir Sayegh when I was a student in Beirut. I developed courses where I can introduce my students to more things related to Arab visual culture—not just the old Islamic art canon, but also the modern history of our visual culture.

What’s one thing you wish you knew when you started your career? I wish I could tell my younger self that there’s enough love. There’s enough kindness. There’s enough history. There’s enough of everything. It was difficult living in a civil war, so you come out of it with a lot of insecurity and fear. You’re afraid that there’s not enough—not just in materials, but in everything around you—that the history has disappeared, that the archives have been demolished. But then you recollect, rebuild and realize that it’s going to be OK.

Bahia Shehab is a professor of design and the founder of the graphic design program at the American University in Cairo. Her work has been exhibited in museums, galleries and streets around the world. Through investigating Islamic art history, she reinterprets contemporary Arab politics, feminist discourse and social issues. She has received a number of international recognitions and awards, which include the BBC 100 Women list, a TED Senior Fellowship and a Prince Claus Award. She is the first Arab woman to receive the UNESCO-Sharjah Prize for Arab Culture. Shehab holds a PhD from Leiden University in the Netherlands. 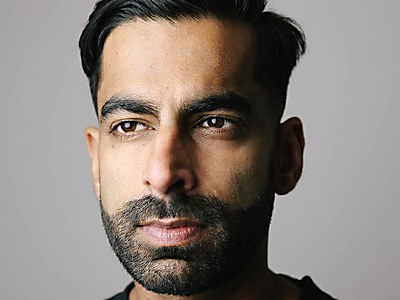 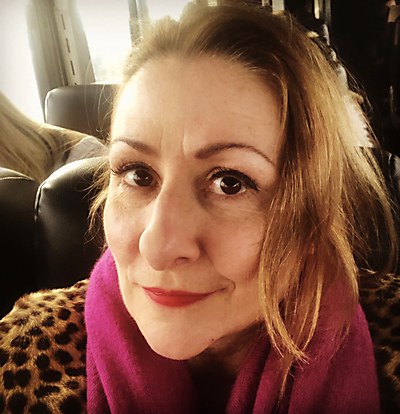 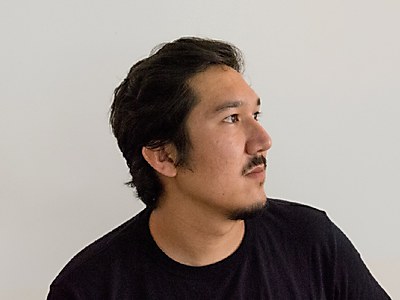