Singing photographer Arlene Gottfried artfully captures the nuances of life in her work.

How did you get started in photography? I didn’t want to go to high school, so my parents convinced me to take a night course at a community college. When I saw the curriculum, I chose photography because I knew that I would have to be active, instead of sitting and listening to lectures in a classroom. Photography was the spark that began my creative process, although I didn’t realize it at the time; I just enjoyed the various assignments of taking photographs of different subjects for the class.

Once I took to photography as a profession, I rarely worked on projects unless they were assigned to me—in fact, I still rarely do that to this day. My first personal photos were of the Pentecostal church on the street in Brooklyn, my handsome Latino neighbor who lived across the street, my mother cleaning the windows and my grandmother coming to visit. I learned that I would have to keep honing my talents and gaining experience, but mainly I enjoyed the adventure of taking photographs of things wherever I went.

How has your life in New York City influenced your interest in street photography? Life in New York is on the street. My father gave me a 35mm camera that belonged to my uncle and I went out in my neighborhood to shoot with it. It was just a natural progression to document the street life in Brooklyn, New York, because I never wanted for interesting subjects. One day many years ago, I walked out of my apartment building and saw a man sitting on the library steps with a pet carrier—a duck’s head poked out of the top. So I went up to talk to them and asked if it was possible to take a photo of him with his pet duck. He agreed, and a few days later, I took pictures of them at their one-room apartment in an old hotel.

On another occasion, while taking photographs on the Lower East Side of Manhattan one afternoon, I was walking down East Seventh Street and a woman said to me, “Oh, I’m so glad you have a camera. Wait until you see what’s down the block.” When I went where she directed me, I saw a pig on a spit, and two kids watching the pig roast in an empty lot where a building once stood.

You describe yourself on your website as a “singing photographer.” How do you make your photographs sing? My mother called me a singing photographer when she found out that I had joined the gospel choir that I was photographing at the time. The experience was life altering and I was so inspired, it influenced my photography of the Eternal Light choir. I moved on to other singing venues after completing that project. Once I began singing with the choir, it felt like we were all one. I tried to capture the moments of intimacy, song and spiritual commitment with the camera. To this day, I still have friends and connections to the gospel choir, which is why it remains to be a meaningful project of mine.

My interest in gospel singing was mainly influenced by my time with the Eternal Light. Outside of that, I sang sets at the Westbeth Music Festivals at the Westbeth Artists Community in New York, and sang solo with the New York Community Chorus directed by choral director Jack Eppler. For quite a few years, I also sang with the Middle Church gospel choir as a soloist. Singing in choirs has inspired me to be more positive in my outlook on life, and, of course, this includes photography. It may not have changed my techniques drastically—I take a pretty straightforward and simple approach to photography, but perhaps I see things in a kinder way now.

I might speak to my subjects, or just begin to photograph them; through that action, they seem to understand what I’m interested in capturing.

Your work seems spontaneous but artfully shows intimate moments. What is your creative process like? Usually I gravitate toward people doing something unique enough to catch my eye. I might speak to them, or just begin to photograph them; through that action, they seem to understand what I’m interested in capturing. I spend no time cajoling or influencing them—either they accepted that I would take the photograph or I didn’t shoot. A funny thing that has happeneed when I’m on the street is that I’ve taken a photograph of someone, and another person across the street has yelled at me, “Don’t take my picture!” I guess they felt left out.

What is the weirdest thing that’s ever happened on a shoot, and how did you handle it? I was photographing in the summer at Riis Beach during the time they still had a nude bay. A Hassidic man, dressed head-to-toe in all black, seemed to appear out of nowhere and people started to gather around him. A nude muscleman came over and requested that I take a picture of him with the Hassidic man, because he said he was Jewish, too. This sticks out as a funny moment to me, and ended up becoming the book cover of my book, Sometimes Overwhelming.

Columns / Design Culture
Beyond Expertise
Wendy Richmond shows why artists should avail themselves of new collaborators. 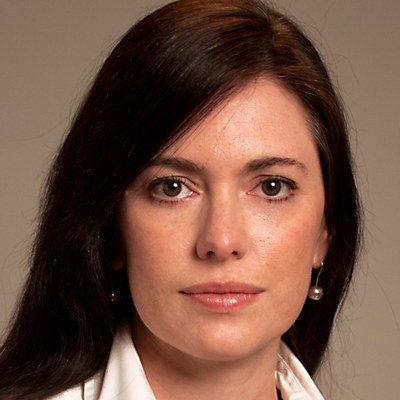 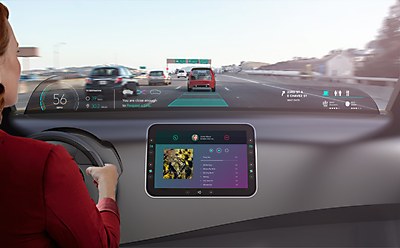