By Jude Stewart
Is color forecasting a brilliant form of futurism—or errant hucksterism? Wherever you fall in this contentious debate, Pantone is actually just glad you’re talking about color. Leatrice Eiseman, executive director of the Pantone Color Institute since 1985, insists that color forecasting is less about dictatorial edicts and more about an ongoing, fluid cultural conversation—one in which a particular shade speaks to our collective longings, unlocking inarticulate needs (and commercial opportunities) through a wordless visual signifier. 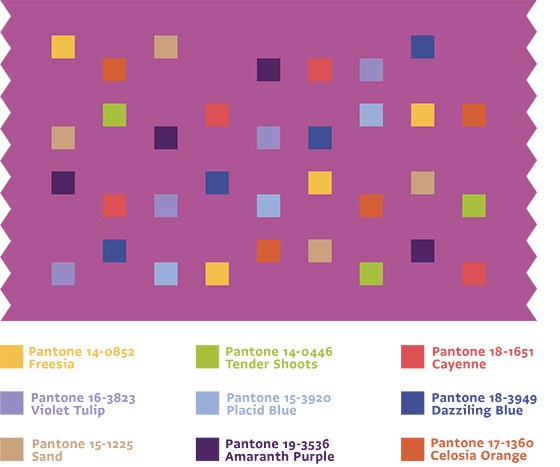 We talked to Eisman about how color forecasting fits into broader visual culture and how designers of every stripe can use Pantone’s pronouncements as a creative jumping-off point.

Tell us about Pantone’s 2014 Color of the Year, Radiant Orchid. We chose a color this year from a family we haven’t used before. The name, Radiant Orchid, evokes what the color is all about. It’s captivating, magical and enigmatic. Your mind goes to Hawaii, to gorgeous tropical places. This shade has many facets, just like Emerald did in 2013. It’s celebratory, but also has a feeling of creativity attached to it, from its mother color purple.

What does that mean in today’s world? This color reflects joy, love and health. People want to have the confidence that comes with this kind of color. Radiant Orchid holds an undercurrent of beguilement, a come-hither quality; you want to find out what lies under-neath. Simple primary color doesn’t speak to where we are in today’s world—it’s a layered, complex world and this color celebrates that feeling. When we choose a color we pay attention not just to aesthetics, but to what the color means and what we need.

So what’s the significance of this announcement? Obviously it’s good PR for Pantone, but why should the rest of the world pay attention?The most exciting thing about the Color of the Year is that it starts conversations. After the announcement, we look for how people express themselves using that color, how people put the color into unusual or thought-provoking combinations. Then it becomes about: why does this shade couple so well with Radiant Orchid? That’s what we love to see. It’s the discussion beyond [Radiant Orchid] that becomes the conversation about the color.

When and why did Pantone’s Color of the Year get its start?Back in 2000, people kept asking us: what’s the color of the millennium? And we answered that question from a thoughtful standpoint: Cerulean Blue, representing the sky, the universe, where we are going with technology and our need for stability. You remember the worry about the Y2K bug? We chose that blue to counteract that fear. It took us by surprise that there was so much conversation and media coverage [in response to Cerulean Blue]. We thought: maybe there’s a need to pursue this further. Let’s not wait until the next millennium!

I know you hear this a lot: “Why should Pantone ‘dictate’ the colors that are in fashion next year?” How do you respond to the haters?When I’m giving talks, I know some people sit there with folded arms, defensive. I say to them: I am the last person to issue edicts about color. It’s contrary to who I am and how I believe creative people should work. That’s not what this is about.

Instead, we’re selecting a color that’s symbolic, that addresses the zeitgeist, that’s simply a suggestion of where to go. It gives creatives a challenge: how would you use this color, combine it, what’s your take on it? If a designer hates it, I’d say: let’s forget about our personal likes and dislikes and just consider the color professionally, see how we’d work that into a product line. Because you will be seeing a lot of this color, you have to separate your personal and professional selves.

Historically, there were days of the color edict, when an established color palette was announced and everybody went in that direction. But today we can’t really say there’s a color that’s “out.” Every single color family has some representative shades that we can safely say will be out there in eighteen months. The challenge is now: what have we not seen lately, that’s a variation of those themes? Is there a softer shade, or one that’s a gradient down? Those are the clues forecasters look for, something fresh to entice the consumer’s eye. That’s what it’s all about in this business.

Color choices matter differently to designers working with longer lead times, like fashion and furniture, versus graphic designers who can pivot rapidly. How should both groups of designers approach Pantone’s color forecasts?The economy definitely plays into what colors people will buy, particularly with bigger-ticket items. It’s not a throwaway society anymore; people keep things longer. If you bought orange pillows or plates a few years ago, [the question is] how can you freshen up those plates, add something else to your tabletop to keep things attractive?

Until I joined Pantone [in 1985], I didn’t appreciate the talent that graphic designers have to have. They’re the unsung heroes of the design world. The challenge for graphic designers and branding projects is to play soothsayer. There’s nothing magical that’ll happen to make all the yellow-greens disappear from the world, but where are we going to take any color trend next? If a company is really steadfast in their allegiance to their brand’s colors, the challenge is greater: how to work within these limitations? I see it all the time. You walk into a meeting with a client, and the most important person in the room says, “It can’t be purple, I hate purple!” Designers have to know how to open up people’s minds to new colors.

You may encounter a lot of that kind of resistance with Radiant Orchid. How do you think men will react? It’s true. Some guys of a certain age learned never to wear anything in purple or pink, because it’s too girly. But today the younger demographic—including those who think younger—are more open. Anyone engaged in active sports, really adrenaline-pumping stuff, loves this color. REI offered some fuchsia ski gloves that are really appealing. If guys see the color in GQ and on the runways, they’ll be more open to it.

Fashion is still one of my favorite areas. You can buy a T-shirt, tights or a headband and have fun with color on an inexpensive level. You don’t have to be nervous about how you’re mixing colors. Color allows you the freedom to venture beyond what you were told as a kid to do and not to do.

Even if people don’t get on a plane and travel, we certainly travel more on our computers and see how people everywhere use color. So we’re better educated as to how other cultures use color. There used to be rules against mixing pink and red. But now you can see how that’s done in another culture, and it’s gorgeous! You never stop learning in color—it’s constant amazement. ca

Jude Stewart has authored two books and written about design and culture for the Atlantic, Slate, Fast Company and the Believer. 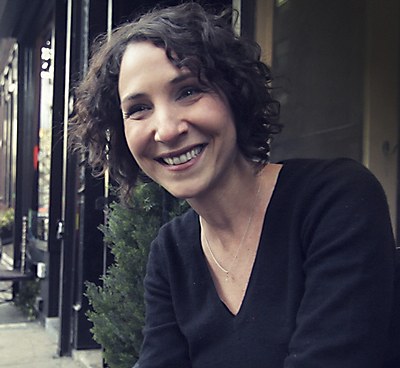 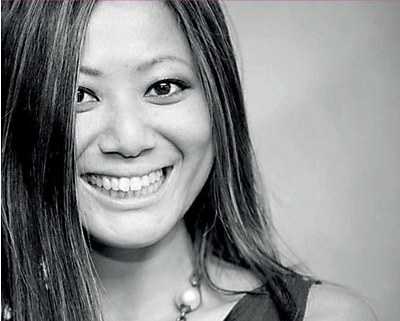 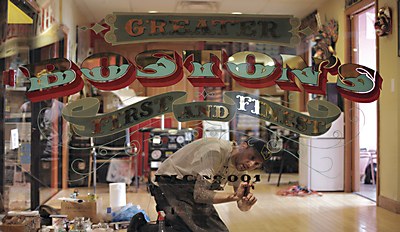