Designer Kung Pik Liu explains how she’s holding a mirror up to the Islamic world.

By Kung Pik Liu
How did you first get started in design? I always liked to make stuff look and function better. I suppose I was quite an odd kid, criticizing my textbooks for not having good layouts or complaining that my teams’ T-shirt colors didn’t match. That’s probably why I enjoyed my art classes most of all, because here was a place where I had the power to bring order to the world. I also enjoyed my school’s art club—we helped design club T-shirts, holiday cards and all sorts of other school merchandise. I had so much fun, and people loved my work.

I always treated art and graphic design as a hobby. I never would have thought of working as a designer if it wasn’t for my high school art teacher. She encouraged me to pursue graphic design as my college major—and eventually my career. I’m earning a living doing something I love so much.

You write that you “came to Islam in New York in 2001.” Has the way that you approach design since changed? I had become a Muslim only three months before the September 11 attacks, and I was still a student at the Fashion Institute of Technology (FIT) in New York City at the time, so my “pre-9/11” days as a Muslim and a designer are really limited. But that day has impacted us all.

That morning, I was actually on my way to FIT. My commute on the subway was uneventful—until I arrived at the World Trade Center stop. There was an unusual delay at that station. I didn’t think anything of it, and went to class. We had just started when someone came in and asked us to evacuate and gather in the auditorium. A plane had crashed into the World Trade Center. My first thought was that this was some sort of terrible accident. But when I arrived at the auditorium, I saw a tower collapsing on a TV screen. I had no idea what was going on. Were there people inside the building? Was it just a bad dream? Some people said it was a terror attack. Manhattan was locked down; we were told we needed to find friends to stay with in the borough. Luckily, the lockdown was lifted later that day, and I was able to go home that night.

When I design, I pull on all of these influences: Western, Chinese, Islamic and more—this huge, beautiful mosaic we know as humanity.”

Looking back, I had a unique perspective. While I wasn’t raised as a Muslim, I was now a part of this group. I didn’t know anything about the history or politics of Muslims at the time. For me, it was all about the spiritual journey. What happened on 9/11 was in direct opposition to everything I had learned. To me, it was the work of some twisted minds—not people sincerely motivated by their belief in God. There is so much beauty in not only the spirituality, but also—as I would later discover—the history, culture and arts of Muslims. I had a window into this mysterious community, which most other people didn’t have. So I’ve spent my days since 9/11 serving as a bridge to help each side understand and respect the other.

Islamic art, architecture and science were built upon the Roman and Persian civilizations and even influenced by Chinese civilizations. The Islamic civilizations then passed their culture and knowledge along to others, including Renaissance Europeans. I don’t see opposing civilizations; I see interdependent civilizations. I see each building on the accomplishments of the other. When I design, I pull on all of these influences: Western, Chinese, Islamic and more—this huge, beautiful mosaic we know as humanity.

How does design foster intercultural understanding? Design is like a mirror: it reflects the values and characters of our clients. In my case, I’m holding up a mirror to the Islamic world. This becomes an opportunity for others to gain a glimpse into this society. That’s why my husband and I launched a business called Sakina Design. We called it Sakina because it means tranquility in Arabic, and we loved the idea of spreading tranquility. It was a way for us to share the hidden beauty of this diverse civilization. We felt that the world really needed to see this side, given the disproportionate amount of negativity coming out of the Muslim world. Muslims and non-Muslims alike need to see that there is this rich, beautiful culture that promotes peace, tolerance and understanding. That there is another way.

We created an online shop where we featured home decorations and gifts, each with its own story and each melding Islamic and Western design. For example, one design was pulled from the Alhambra palace in Granada, Spain, and another from a mosque in the Xinjiang region in China. We were hoping that these pieces would serve as conversation starters that promoted understanding and mutual respect. We were also hoping that they would help Muslims and non-Muslims alike see that being Western and Muslim isn’t a contradiction, but a natural, beautiful melding.

As we delved into this area ourselves, we learned some incredible lessons. As Islam was adopted by new areas, such as China, the cultures naturally melded. Chinese mosques look a lot like Chinese temples, but with Arabic calligraphy; the Chinese even developed their own Arabic calligraphy called Sini script. Also, when Muslims were building the Dome of the Rock, the third holiest site in Islam, they hired Christian artisans to do the mosaic work because they were the most talented artisans at the time. Even when Muslims and Jews were being forced to leave Spain in 1248, the Christian king, Peter of Castile, hired Muslim craftsmen to stay on and build his new palace in the heart of the Alcázar of Seville. When it came to art and design, there wasn’t this sense of us versus them. With Sakina Design, one of our goals was to start forging that path to create an Islamic identity for Muslim Americans, one that melds the best of both traditions.

Most of our past customers are Muslims born and raised in the West, who have Western tastes, but still want decorations that reflect their faith and culture. We also had non-Muslim customers who just love the beauty of Islamic art and want to share it in their homes. Even one of our former artists is non-Muslim. He always loved Islamic window lattice work, so he developed a way to re-create this using Western woodworking techniques. While we weren’t able to realize the positive change we were hoping for, we haven’t given up. My husband and I are working on a new venture, so stay tuned!

Your studio, KUNG PIK LIU, specializes in publication and information design for the Islamic economy. When designing data visualizations, how do you read or sort through the glut of data to arrive at a cohesive visual? Very often, my clients want to tell too many stories with data. This could cause their readers to lose focus, so I work with them to simplify the messages they convey. It’s also very important to keep the visual language easy to understand. Charts and tables that are too complex or that contain too much data will lose the readers’ attention. Often, less is more. I so firmly believe that; I created a set of three posters for my office that remind me of this every day.

Is the annual report an underappreciated vehicle for storytelling? Some organizations are able to utilize annual reports to tell their stories, but many don’t. Many of my clients have come to me with boring annual report content that has changed little over the years. One time, a client came to us for a visual redesign of an annual report, but the content had remained unchanged from the previous year’s report. After understanding their goals, we suggested that they include the stories of the people they helped as the main theme of the report. Suddenly there was a symbiosis between the visuals and copy. The annual report was a success. It was no longer just something the client had to do for donors or to distribute at its fundraising gala. It became a storybook of who the organization is and the change it is making in the world.

What advice do you have for designers who are creating work rooted in cultures they’re unfamiliar with? You’ve probably noticed Chinese characters being used on tattoos and T-shirts. Many times, these are used inappropriately. They sometimes come across as comical and even offensive. Once, I saw a lady wearing a T-shirt with the Chinese character for “chicken” on it. The designer probably thought she or he was saying something like “chick,” but when this word is applied to a person, it means “prostitute.” There are so many religious and cultural nuances that it’s very easy to make a simple mistake that will cost you and your client both trust and reputation—and potentially a PR firm to clean up the mess. So do your homework! Better yet, bring on a designer who understands that specific culture.

Kung Pik Liu is the founder and creative head at the studio of KUNG PIK LIU, a publication and information design house based in southern California. She studied communication arts at the Fashion Institute of Technology in New York City, along with a semester abroad at the London College of Communication. These days, Pik focuses on publication design for the Islamic economy. Her understanding of Islamic art, history and culture—along with her global perspective and design sensibility—brings a unique perspective to her work. 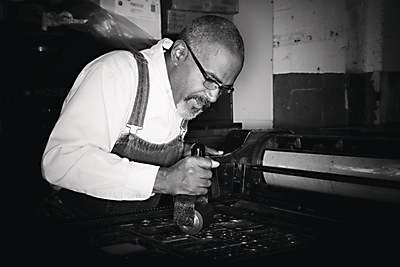