The Power of Sound and Advertising

In 1991, you—along with Yasmin Le Bon—cofounded Syn, an agency that produces music for brands and media. Were you always interested in commercial music?

Simon Le Bon: When I was a kid, there were some commercials that I found interesting, but I was much more interested in songs on the radio and what I was listening to on my record player. Of course, I’ve since realized the importance of commercial music and have taken a much deeper interest. But I don’t think there’s any difference between commercial music and other types of music. Jingles are a different case—they’re like little choruses that have to grab your attention right away.

Nick Wood: There were some amazing commercials in England, like cigar brand Hamlet’s campaign Happiness is a Cigar Called Hamlet, which used Jacques Loussier’s arrangement of Bach’s Air on the G String. This series of commercials is iconic British humor, and the music worked brilliantly. Many of the great ’80s commercials were directed by fantastic British directors we now associate with feature films, like Ridley Scott, Hugh Hudson and Adrian Lyne, and I found many of these commercial scores fascinating.

When I came to Japan in the late ’80s, I began to realize that Japan used pop stars and their new singles to promote products and sell more records, which was very different from England and the rest of the world back then. I thought this was very innovative, and it led me to actively pursue business in Japan. It was this idea that I could be scoring these “short films” while being challenged on musical styles. Suntory Whisky was also using Duran Duran in its advertising, so commercials have always been of interest to me.

What have you had to learn in order to adapt to the realm of advertising?

Le Bon: You have much tighter parameters to work within, especially in terms of time.

Wood: Time constraints—15 seconds, 30 seconds, 60 seconds—that’s a disciplined craft. Musical impact, the arc of the story, how to work with dialogue and sound effects—these are all tricks of the trade. One of the biggest things I’ve had to learn is to explore types of music that I wouldn’t otherwise be familiar with. I got into writing string parts and developed more orchestral skills from scoring a Coca-Cola commercial. These experiences have given me amazing opportunities to develop skills that I wouldn’t have developed as much if I’d stayed in the world of pop music.


The language of music works on an emotional level.” —Nick Wood

Syn recently wrote the music for the award-winning CNN promo “Why We Go.” How did you arrive at the final recording?

Wood: The CNN promo “Why We Go” focuses on an ongoing tragedy—that of the refugees who have risked their lives to get from Syria and North Africa to Idomeni in Greece. It’s an emotional, moving news story and real-life drama. From the outset, we knew that we had to be sensitive to this actually being real; it’s not a movie, and the music had to be brave, bold and—most of all—help tell the story.

Very early on, Whit Friese, vice president of creative marketing at CNN, mentioned that the refugees were trying to get to Macedonia and then onto Europe; that triggered an idea that I thought could bring authenticity to the music. I asked if we could use a large orchestra that could really deliver the emotion, the cinematic sound and the sensitivity around this tragedy. CNN agreed, and we researched orchestras based in Macedonia that could work long distance, so we wouldn’t need to travel there, but could still record and direct musicians in real time. Technology played a significant role in enabling this to happen, but the core of this work is all about truthful, authentic storytelling.

Syn has offices in Tokyo, Los Angeles and Beijing. How do you adapt your work to these different markets?

Wood: The obvious difference is language. If we are working on a Chinese campaign with vocals, it may be in Mandarin. We recently did a non-English version of “Fly Me to the Moon;” we’ve also done a non-English cover of Bob Dylan’s “Blowing in the Wind.” We need local language skills in order to hire Chinese or Japanese singers.

Our offices work together very closely. We use the time zone from Asia to Los Angeles to our advantage—we share resources and creative ideas, we use Los Angeles composers for the Japan and China offices, and sometimes we use Japanese composers for work we do in Los Angeles. The markets are culturally different, but the language of music works on an emotional level.

During your seminar at Cannes Lions 2017, you invited audience members to snap their fingers and sing along to the main chorus of your original song “Closer to Your Bed.” These recordings were then incorporated into the final version of the song. What do you hope advertisers took away from this experience?

Le Bon: We can be spontaneous and involve people in the moment and bring them into projects in real time. We’re flexible, and music is becoming more and more interactive every day.

Wood: Advertisers are quite discerning and have seen and heard everything, so we wanted to bring a little bit of originality to Cannes Lions. We also wanted to educate them on the importance of collaboration and show them that if you plan a good idea ahead of time, anything is possible.

Sometimes, music is an afterthought in advertising, and one of the things I’m trying to change in our industry is to bring us in early rather than, “Oh, can you make this sound like so-and-so?” and “You’ve got until tomorrow. What’s in your library?” and, of course, “How cheap is it?” We’re trying to change this thinking.

What emerging technologies and innovations will have the biggest impact on how you create music in the next few years?

Wood: For almost 25 years now, Syn has been using technology which enables us to record in real time and high quality with other studios around the globe.

When we recorded for CNN with the orchestra in Macedonia, we were in Tokyo, the orchestrator was in Toronto and the rest of the team was in Los Angeles, so there were four different countries all online at the same time, listening in. That was quite remarkable because we could all feel the emotion, hear which notes were played wrong or right, do multiple takes, and talk to the conductor—but it still wasn’t as good as working together in person. Collaborating long distance using current technology is more exhausting than collaborating in the room with someone. But I’m not complaining because being able to virtually communicate with people in every country on the planet opens up realms of possibility.

Music and sound are going to play a crucial role in VR, AR and technologies using voice recognition. Sound is going to play an important role in how we navigate the next generation of hands-free mobile technology and in our interactions with Siri and Alexa—and I don’t just mean asking them to play an album.

In 1991, friends Nick Wood, Simon Le Bon and Yasmin Le Bon fashioned an agency that would produce creative commercial music for brands and media; they committed their first initials to its name: Syn. In its 26 years, Syn has become an award-winning music agency and creative resource. The agency’s studios in Tokyo, Los Angeles and, most recently, Beijing work both alone and in sync, passing the baton to meet the most pressing deadlines. By constantly creating new ideas and concepts, Syn propels its clients’ visions to their full potential. 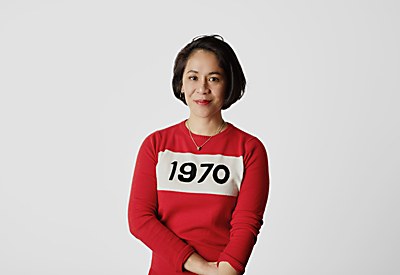 Columns / Insights
Image as Messaging
Tish Evangelista thinks that designers can help brands keep it real in the age of consumer backlash. 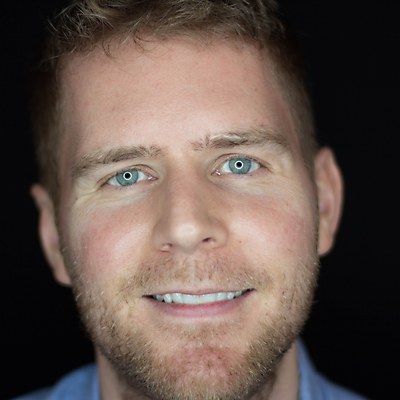 Columns / Voices
Be a Rebel With a Cause
Dave Kuhl explores the complex relationship between ad agencies and social causes. 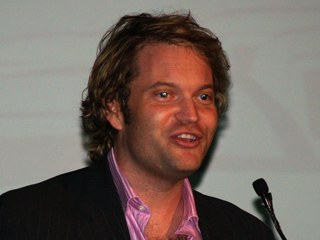