Have you seen The Kominsky Method? Netflix show. Great show. Michael Douglas and Alan Arkin. Apparently, it’s been around for three seasons. How I missed it, don’t ask me. It’s not like it’s been hiding. It’s a Golden Globe winner for crying out loud.

For those of you who haven’t seen it, Sandy Kominsky is a 70-something, washed-up actor–turned–lauded acting coach with a way of getting his students in touch with their emotional core.

There’s this one student, Darshani. This kid is the walking definition of indignant, semi-ironic, angst-ridden, her-against-the-world, anger-shooting-out-of-every-cell-in-her-body and... Well, where do I stop.

When it’s her turn to perform her monologue in front of the class, Darshani chooses something from Apocalypse Now. You know, the horror of the Vietnam War. Something about as believable coming from a 20-something young woman with a chip on her shoulder as from an Amish farmer.

Sandy: Darshani, why did you pick that monologue?

Sandy: You’ve never once committed to being honest with your work here. And you know why? Because you’re afraid to show us who you really are.

It happens all the time.

Maybe you’re the funny one. Everything that comes out of that hilarious brain of yours is a laugh riot. Every assignment is a joke waiting to happen. Every online film. Every social campaign. Every Super Bowl spot. Everything is Snickers. Everything is Melissa McCarthy hugging a tree. Doesn’t matter if it’s Doritos or Amnesty International, Mountain Dew or the American Cancer Society. Funny is God. Funny rules. We all know these people. Maybe one of those people is you.

How can that be? What is it about you that has to make people laugh, whether the brand warrants it or not? Some experts think the incessant need to be funny is linked to anxiety. Maybe if everything is funny, our fears won’t seem quite as scary.

Of course, it works the other way too. The creative who thinks an idea is only as powerful as its ability to reduce us all to a blubbering lump of pudding. Great if it’s Survivors Network of Those Abused by Priests. Not so much if it’s Snapple.

Embarrassed and pissed off, Darshani storms out of the studio, only to come storming back in moments later. The real truth spews out of her in a torrent of raw emotion when she reveals the sexual abuse she suffered as a child.

Sandy: Darshani, look at me. It’s time to make a new choice. And I would recommend one that makes you feel fully alive. Which means being sad, angry, frightened, exhilarated, all of it.

Here’s the thing about authenticity and advertising though. Brands aren’t branches that grow from the same tree. They have personalities. Some are shy. Some are arrogant. They have histories. Some of them have suffered wounds. They have something to say. And they couldn’t give two cents if they’re not funny like you, or edgy like you, or anything like you. Maybe you think you being yourself is the very definition of authentic. Just like Darshani thought her detached, phony, edgy, angsty thing was authentic.

I’ll tell you what’s authentic. Accepting that, in this business, you’re a shapeshifter. You’re the creature in Predator. Unseen. Unheard. There, but not there. You have no voice but the brand’s voice. If the brand is funny, you’re funny. If the brand is a blubbering lump of pudding, you’re a blubbering lump of pudding. You’re Meryl Streep channeling Margaret Thatcher. Jamie Foxx becoming Ray Charles. In advertising, that’s authenticity.

Imagine that. All these years, we’ve been told that if we want to be authentic, we have to be who we are. The real us. Unvarnished. Uninfected by pretense. And that’s great in the world we live in beyond advertising. But in here, you need to stuff that unvarnished, uninfected self of yours in a box, put it in the closet and melt into the woodwork where you can be authentic to the brand. Because if you’re going to do work that really breaks through, that’s the only authentic that matters. ca 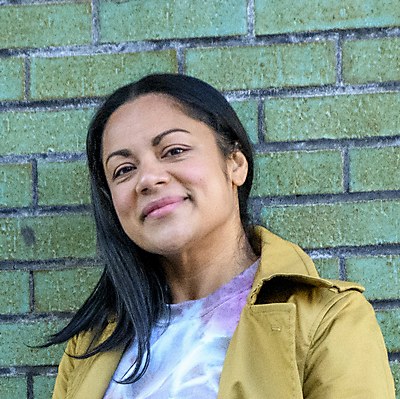 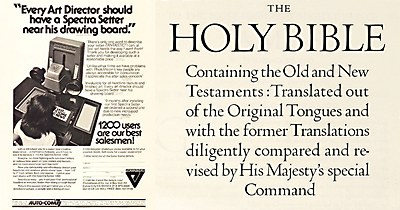