Sara Breselor shows how strategic design thinkers use illustration to get everyone on the same page.

By Sara Breselor
David Sibbet’s notebook is large, with heavy cream-colored paper and a thick black leather cover embossed with an image of a knotty tree. He writes with an old-school calligraphy pen, and it’s lovely to imagine its elegant heft and to hear its quiet scratch on the page. Note taking is a subject of great seriousness for Sibbet. For more than 40 years, he has been both research scientist and revolutionary when it comes to the process of jotting things down. Sibbet is a pioneer of the practice of graphic recording, documenting the content of meetings and presentations in real time through huge, mural-like sketches, as well as the related specialization of graphic facilitation, which is doing all of the above while actively using the sketch to guide the conversation as it unfolds.

Back in the early 1970s, Sibbet was one of an untold number in the Bay Area experimenting with “consciousness.” Unlike others, however, Sibbet wasn’t careening around on a bus with Ken Kesey or spacing out in Golden Gate Park. He was working for Coro, a leadership development organization, trying to come up with new ways to help people work together and solve problems in government and public affairs. Sibbet’s fascination with human consciousness had to do with his role as a facilitator, getting people to understand and communicate meaningfully with one another. He was toying with using pictures, shapes and spatial relationships to make information more resonant.

As fate would have it, across the hall from Coro was Interaction Associates, a consulting firm led by a pair of architects who were focused on using the tools and methods of design to solve problems. They brought in a rotating cast of researchers to systematize the now-famous concept of “design thinking,” and they taught Sibbet that the single most important tool for improving group productivity was a shared display. But he wanted to understand exactly how that display functioned: How do lists affect people differently from charts or pictures? What happens in your brain when you move a sticky note?

This genesis story is important because it’s easy to misunderstand both the purpose and the power of graphic recording and facilitation. First and foremost, it’s not about art. “We’re not trying to be da Vinci or Michelangelo,” says visual thinking consultant and author Dan Roam. “What we’re trying to do is have a better grasp of what’s going on inside our own minds, and we’re going to use pictures to help us do that.” A good visual facilitator has to be an excellent listener who can strategically distill and organize information, and that’s far more important than being able to draw well. Heather Willems and Nora Hertig, founders of Brooklyn-based graphic recording firm ImageThink, say that trained artists often struggle with graphic recording because they lack the speed and judgment they need. They’re too precious about what they draw, too careful, and they forget that the point is not aesthetics, but communicative power. “Focused listening with intelligent discernment is the foundational skill required to excel in this work,” says Sunni Brown, founder of Austin, Texas–based creative consultancy SB Ink. “If that is not a strength, no amount of art or drawing skills will make your contribution coherent.”

And although that might be bad news for artists looking for a breezy side gig, it presents all manner of strategic thinkers with an opportunity to make graphic recording and facilitation part of their practice. It can be quite lucrative—a recent survey conducted by the International Forum of Visual Practitioners found that the majority of professionals in the field charge day rates of $1,000 to $2,500—but it takes training and a lot of practice to get to that level. Being able to synthesize a constant stream of information in real time, selecting and sketching only what is most insightful and relevant, all while in front of an audience, is a skill that must be built over time. “A one- or two-day workshop is not going to prepare you by any means,” says Hertig. But learning and practicing those skills is immeasurably valuable for any creative professional, regardless of whether they end up live-sketching a TED talk.

To Roam, discovering graphic facilitation was like finding out he had a secret superpower. Working as an art director at the San Francisco Bay Guardian, a now-defunct weekly newspaper, he realized that he had a gift for translating complicated stories into maps and pictures that helped journalists explain things that were difficult to put into words. He went on to found a marketing communications company in Russia despite the fact that he didn’t speak Russian, relying heavily on visual communication. He moved to New York and worked for a tech company in the early days of the Internet, selling complex online tools to business-people who didn’t really understand what the web was—so he drew pictures to explain what he was offering and how they could use it. The high-powered management people for whom he was sketching, “Harvard and Stanford MBA types,” he says, were floored.

“It’s estimated that 45 percent of all the neurons in the human brain are, in one way or another, focused on processing vision,” Roam says, which means that nearly half our brain is dedicated to solving problems visually. “At some intersection of neurobiology, visual science, cognitive science and art there is a fantastic realization of the power of the visual mind, and we are far more powerful and able to solve problems than we ever thought we could be.” He points out that we’re constantly making choices based on visual information without being conscious of it. But we rarely try to solve problems we’re conscious of—Should I work for a firm or freelance? How can my business reach a new market segment?—by sitting down and drawing out our options, which leaves a great deal of our mental problem-solving potential untapped.

Most people in creative industries already value the visual, but surprisingly few use it strategically to facilitate meetings and conversations or answer questions that are not manifestly pictorial in nature. But when working with clients, taking graphic notes of a meeting clarifies complicated ideas and documents the process of listening, understanding and interpreting needs. “There is something outrageously refreshing about having somebody standing in front of you actually listening to every word you say,” Willems says. It builds trust and emotional engagement, especially if the client participates in the drawing as well. It can help to win jobs, and, more important, it builds a foundation of good communication to ensure that the job goes well.

The same is true for working with teams. If a group is addressing a target market, sketching what customers in that market might actually look like—what they wear, where they work, the lifestyles they represent—will help the team make more effective decisions and be better able to work together toward a goal, especially if every team member gets a chance to put pen to paper. It ensures that everyone is working from the same mental model of the audience and brings their strategies for reaching that audience into alignment.

Even if the sketches are nothing more than stick figures and smiley faces, strategic visual facilitation skills prepare creatives to take on director-level roles in which communication and problem-solving leadership is crucial. Visual literacy can open doors for design-minded people to work in strategic positions that are usually reserved for MBAs. “Learning to visually take apart a problem makes you an expert in that problem in a way that few people are,” Roam says. “There is something nearly magical that the ‘creative’ people have going for them that the strategic people need to learn to do, so run with that.”

Sibbet, something of a sage at this point in his career, sees the benefits as being even more profound. “This work is a developmental practice that leads people to an orientation of radical acceptance of human beings,” he says. Rather than coming in as experts, bestowing knowledge, graphic facilitators and recorders must be completely open to what they hear. Their job is to listen, with equal attention, to every point of view and, through that, to help the group discover and articulate its own collective expertise. The profession he pioneered is rooted, for him, in the search for empathy and understanding. After all these years, he’s still visibly amazed by the power of communicating through pictures, the ability of drawing to get people—quite literally—on the same page. ca

ILLUSTRATING IDEAS
Where strategic creatives can learn to listen, think and draw simultaneously

1.  The Grove offers a range of workshops in visual facilitation, change leadership and teamwork as well as handbooks, guides and resources, all available at grove.com. Founder David Sibbet has written a three-volume series on visual leadership: Visual Leaders, Visual Teams and Visual Meetings.

2.  Dan Roam is the author of The Back of the Napkin and offers online courses at napkinacademy.com.

3.  Sunni Brown offers an introductory webinar and in-person one- and two-day workshops. She is the author of The Doodle Revolution and co-author of Gamestorming. Learn more at sunnibrown.com.

5.  The International Forum of Visual Practitioners is an independent community resource for graphic recorders and facilitators that provides information about training, services and opportunities around the globe. Become a member at ifvpcommunity.ning.com.

Columns / Design Culture
Saving Face
Wendy Richmond takes note of a new era in which the screens are watching us. 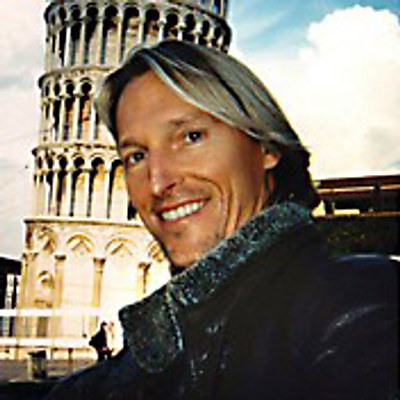