Is creativity a virus? Ernie Schenck explores the quarantine on outside-the-box thinking.

“Viruses are neither alive nor dead. They carry on their existence in the borderlands between life and nonlife. Once the virus enters the cell, it becomes a Trojan horse. It switches on and begins to replicate.”
—Richard Preston, The Hot Zone

They will tell you that we are living in a time no less fertile for creativity than that of the Renaissance. They want you to think that we are blessed to be alive at a time when ideas are the coin of the realm, when the light of innovation burns white-hot, a time when the barriers to brilliance are few and the aha moments are many.

To hear them tell it, these are the good old days when, for one shining moment, a door has opened and the world is blazing with new perspectives, new ways of seeing everything.

And they are not entirely wrong. The opportunities for us all to create and make genuinely groundbreaking work are indeed out there. The canvas is bigger. The tools are many. Nothing should be standing in our way.

And yet, all is not well in the land outside the box. Not by a long shot. Make no mistake. There are counterforces hell-bent on shrinking that canvas down to the size of a postage stamp.

Much ado about nothing, right? This is what you’re thinking. Myself, I don’t think so. And maybe you won’t either once you’ve put yourself and the people you work for under the microscope. Here are four things to look for. There are so many others. But start with these four. You might not like what you see. But you do need to see it. We all do.

EXPERIENCE CAN BE A DEATH TRAP
Unless you’re a fan of professional wrestling, you probably haven’t heard of Paul Heyman. Heyman is an American entertainment producer, writer, performer, marketer, promoter and occasional wrestler. Not exactly someone you would associate with creativity. And yet, it was Paul Heyman who said this:

“Experience is the greatest inhibitor of creativity and innovation because you learn from experience what not to do. But it is the unbridled passion and the fearlessness to just go into something with reckless abandon that allows you to create something from nothing, that allows you to innovate.”

Some of us think that although young creatives can be wildly brilliant at times, they haven’t been through enough, haven’t encountered enough of the hard realities of clients and holding companies and internal politics to genuinely know where a good idea begins and ends—especially a good idea that might stand a snowball’s chance in hell of actually getting made.

True enough, experience is an important thing and not something to be dismissed. But so often, we are too quick to lean on experience. We do it far more often than we need to or should, never really understanding the chilling effect it can have on divergent thinking. If there is a colder or wetter blanket than our intuitive rush to experience, I’ve yet to see it.

HOMOGENIZE MILK, NOT CREATIVES
It might go without saying that in diversity lies creativity. Like they said in the GEICO spots from a few years ago, everybody knows that. But if that’s true, why do many creatives still come at advertising problems in ways so creepily similar to one another? It’s like something out of a J.J. Abrams movie.

Creativity doesn’t get sick unless we let it get sick.”

IT'S ALWAYS BETTER TO BE OUTSIDE THE BOX
It’s become a mantra, really. Think outside the box. That’s where the big ideas are. And the farther outside you go, the bigger those ideas will be. If you’re a painter or a musician or a novelist or a filmmaker, absolutely. Push out beyond the envelope to infinity and beyond, push as hard and as often as you want. And yes, it even works in advertising—sometimes. But, as I’ve said for a long time now, more often than not the really brilliant solutions lie somewhere inside—not outside—the box. NASA knows this all too well from when a bunch of its recovery system engineers had to create a working air recovery system out of nothing but the few parts that were available to the hapless crew of Apollo 13.

CREATE LIKE YOU WANT TO GET FIRED
There’s a thing called the edge of chaos. On this side of the edge, it’s safe. Not a lot of turmoil. Not a lot of bullets flying around. But the farther you get from this edge, the more creatively pedestrian the thinking becomes. On the other side of the edge, it’s dangerous. There’s no end to the turmoil. Or the bullets. Get too far on that side of the edge and you risk creative suicide. But maybe that’s a good thing. What Jeff Goodby calls creative vandalism. Ideas that have the potential to break new ground in a massive way, never mind that they could just as easily bring hellfire down on you. Like Goodby says, “Be brave. We’re all going to be fired eventually, by people or time.”

There is, as they say, good news and bad news. The bad news is that the virus we’ve allowed to worm its way into this business is, in fact, ourselves. Creativity doesn’t get sick unless we let it get sick. The good news is that we’re also the vaccine. So how about it? Who wants to be the first to roll up their sleeves? ca 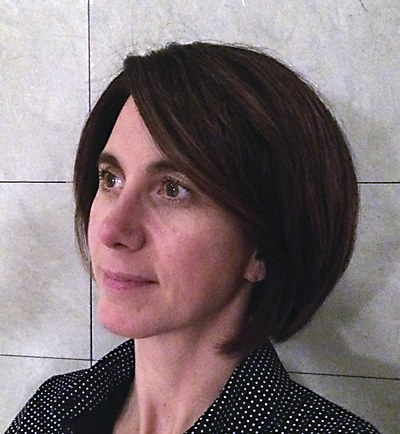 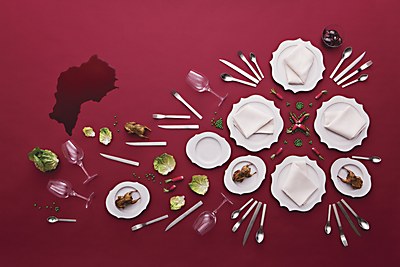 Columns / Creativity
The Flat-Lay on Knolling
Monica Kass Rogers celebrates the return of a layout technique and its influence on photography. 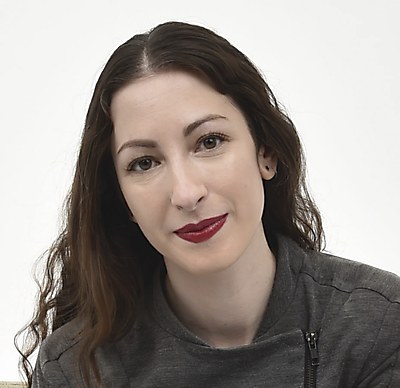