The Deep End of the Pool

Advertising columnist Ernie Schneck urges creatives to discover what lurks in the deep.

By Ernie Schenck
Well, what would you expect a mother to say? “OK, you can go in the pool. But be sure to stay in the deep end.” No mother in her right mind is going to tell you that. Hell no. Mothers want you in the shallow end. The end where they can keep an eye on you. Make sure you don’t hurt yourself. Suck the sense of adventure out of you like a watermelon seed.

MAYBE THAT’S WHERE IT STARTS.Maybe that’s where we’re taught never to get in over our heads. For fear we might fail. For fear we might fall flat on our faces. That we aren’t strong enough. Smart enough. Creative enough. That if we shoot for the moon, the moon is going to shoot right back. Put a bullet right through our ego.

Eminem has been haunted by the deep end his entire life. “Nobody likes to fail. I want to succeed in everything I do, which isn’t much. But the things that I’m really passionate about, if I fail at those, if I’m not successful, what do I have?”

And yet down there in the deep, we know this is where our most brilliant self lies, that same electric neighborhood where the great ones have plied their genius. Jobs and Hendrix. Twain and Springsteen. Wieden and Kennedy and McElligott and Clow and Droga and Riney and Bogusky and Kaye and Pytka and Lubars and Law.

You think, if only you could go there. If only you could muster the courage to leave your comfortable world behind for that ACD job in Los Angeles, the production gig in Seattle, the vacant CD opportunity in Miami. If you could do that, you could be famous. Have stories written about you. Accomplish grand things. The kinds of things juries talk about long into the night, and the next day and the day after that.

And yet, you’re afraid. What if you dive in and never come back up? What if something grabs your ankles and pulls you down into the dark? You could drown down there. That’s what you think. So you calm yourself by staying in the shallow end of the pool. At least there you can touch bottom. You can do shallow things. Tiny things. Far from the spotlight. Unjudged. Uncriticized. Undiscovered.

For some, this might be perfectly acceptable. But what if you know how deep your talent really lies? You do yourself no good, you do the industry no good, to spend your days in the shallows.

Boxers will tell you that you can never become a better fighter by avoiding opponents who are better than you. Maybe you’ll win more bouts fighting guys at your level or lower, and that will make you feel good about yourself. What it will never do is sharpen your reflexes, make you smarter, quicker, stronger. “Punch above your weight class.” That’s what they tell you. Fight like a bantam and you’ll be just another bantam. Fight like a welterweight, and you could be the greatest bantam that ever lived.

True story: Two ad school grads. One lands her first job at a small agency in a city you’ve never heard of. The other also lands his first job. Different agency. Different city. Not that it matters. You’ve never heard of that one either. Flash forward five years. The first grad is doing OK. Doing some OK work. And that in itself is OK. Why? Because she’s comfortable here. If she never gets an interview at Wieden or Droga or 180LA, she’s fine with that. She’s OK.

Different situation with the second grad. He’s restless. Unfulfilled. Every morning, he gets up and he wonders what his life would be like at Wieden or Droga or 180LA. No. Not wonder. He knows what he could be accomplishing there. Big things. Spectacular things. But here’s the sad thing: he will never find out what those things are. Because, he thinks, what if he’s wrong? Wrong about his talent. Wrong about himself. And so he never tries. He never jumps into the deep end of the pool.

And you know why it’s a sad thing? Because there are no monsters lurking down there. No terrifying beasts lie in wait, longing for the moment they can pull you down into oblivion. The only thing waiting in the deep end of the pool is opportunity and maybe, just maybe, a shot at greatness. ca 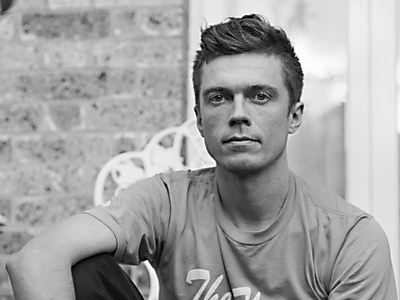 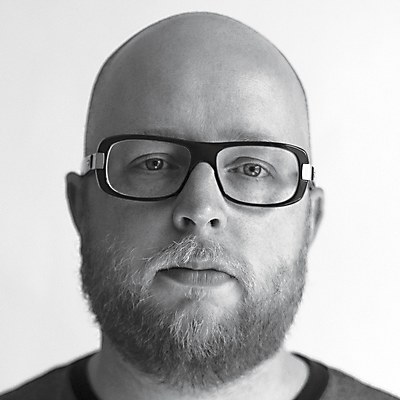 Columns / Voices
Getting Back to the Basics
Creative director Eric Karjaluoto on how to weather a midlife design crisis. 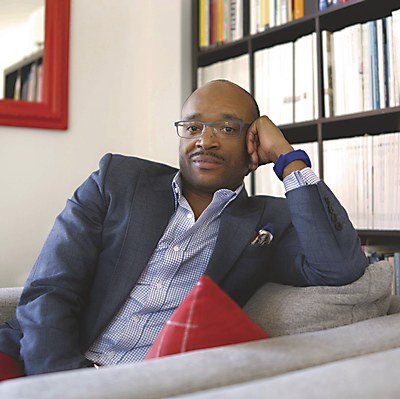