The Elephant in the Agency

The game looks like a regular bingo board. But look more closely at the squares, and the plaything reveals its cutting commentary: “Only addressing the males in the room.” “Saying ‘moms’ when you mean nontechnical people.” “Having ‘female’ or ‘girl’ added to your job title (would you say ‘account boy’?).” All of these things have actually happened to women in advertising, as told by Kate Catalinac, creative director at Goodby, Silverstein & Partners in San Francisco. She created Sexism Bingo to keep advertising’s gender imbalance front-of-mind—especially at a time when certain ad executives think diversity and gender equality is tied up in a neat bow.

Last year, Kevin Roberts, former chairman at Saatchi & Saatchi, resigned after telling Business Insider: “The fucking debate is all over.” He said women lacked “vertical ambition.” Digging his grave even deeper, Roberts accused Cindy Gallop, an advertising consultant and feminist advocate, of “making up” women’s problems in the industry “to create a profile and to take applause.”

It’s exhausting. To love what you do, to know in your heart that you’re good at it, but to have to fight tooth and nail to be allowed to excel at it.” —3% Conference survey respondent

Guess what is not made up? Women account for about half of the advertising workforce, yet only 11.5 percent of creative directors in Communication Arts’ 2013 Advertising Annual were women, according to a 2014 survey by 3% Conference, which champions female creative leadership. Research completed by University of Texas at Austin graduate student Kasey Windels in 2008 found that only 3.6 percent of creative directors featured in Communication Arts’ 1984, 1994 and 2004 issues were women—hence the 3% Conference’s name when it launched in 2012. Although the industry is improving, we still have a long way to go, says Kat Gordon, the conference’s founder.

“I don’t think 11 percent of women being creative directors is a victory at all,” says Gordon. “I would settle for 50 percent because if you look at the buying power of women, it’s more than half. The representation of women in advertising needs to be even heavier from a business perspective.”

Women in advertising are still playing a game that is rigged against them. They are held back by day-to-day acts of sexism and of micro aggression that signal to women: You don’t belong here. The peers and leaders holding them back might not even be aware they are doing it.

Today in agencies, “you don’t slap someone on the ass, but there are more subtle ways to make women feel more uncomfortable in the workplace that slip by,” Catalinac says. “Well-intended people make mistakes they don’t realize they’re making. Not everyone is in Mad Men, making people feel awful all the time. It’s the more subtle forms of sexism that are eroding agency culture.”

INVISIBLE DAMAGE
Lately, a few advertising executives have either denied sexism or displayed it themselves—until they were sued, such as J. Walter Thompson CEO Gustavo Martinez in 2016. In this atmosphere of denial and repeated mistakes, the 3% Conference decided to show how suffocating chauvinism feels for ad women on an everyday basis. Gordon expanded beyond the organization’s emphasis on data and sought out firsthand, anonymous stories of sexism—haunting anecdotes that would show just how alive and real sexism is today. Thus was born the Elephant of Madison Avenue survey.

Gordon contacted Michele Madansky, a market research consultant and the very same data whiz who created the Elephant in the Valley survey, which revealed the gender bias in another notoriously macho business culture: the technology industry. She applied her tools to turn a mirror on the ad industry.

After collecting stories and data last summer, the 3% Conference revealed its findings in the fall. Almost predictably, the numbers are disheartening. It shows what little cultural progress agencies have made. Ninety percent of women had heard “demeaning comments” from male colleagues. Nearly as many had experienced the deflating moment of a colleague or client asking questions of a male peer that should have been directed at the female expert.

The high-powered executives I spoke with all shared similar stories. “There were times throughout my career when I would find out the guys had a meeting because they were all in the men’s room or they were playing golf, and a decision was made that I was left out of,” says Nancy Hill, CEO of the 4A’s. “These are my peers, and I should have been included in that conversation.”

Catalinac says these under-the-radar moments make a lasting impact on a worker’s psyche. “When you’re in a presentation and the males are only addressing the males, it creeps into your mind that you shouldn’t speak up,” she says. “It hushes us in ways that we’re not even aware of.”

Most personally frustrating to Gordon, about half of working mothers surveyed said parenthood had negatively impacted their careers. “The reason that hurt my feelings is that these women are creative directors,” she says. “I am certain that any major life experience—whether you’re caring for a parent with multiple sclerosis or Alzheimer’s or joining the military—any experience is better for you as a creative. The way it taxes you as an individual is good for how you see the world. The consumers you’re speaking to have had life experiences. The more life experiences you have make you more valuable as a creative. I was so sad to hear that most creative moms feel that being a mom hurt their career.”

To collect anonymous stories, Gordon made sure that the online text entry box was as big as possible—encouraging women to offload the emotional workplace baggage they normally keep buried. Her method seems to have worked. One woman said, “I’m making $15,000 less than my male counterpart, and I’m doing 90 percent of the work,” and another disclosed, “I have been sexually harassed by a colleague. He continued to sexually harass women of all ages in my department until he was fired—not for sexual harassment, but for trying to steal clients from the company.” These and the survey’s other stories offer a more harrowing version of Sexism Bingo, and it should shame the industry.

I was propositioned—not once, but twice—to go to bed with the CMO of a major Fortune 500 company. After I said no—twice—we lost the business the following month.” —3% Conference survey respondent


VISIBLE REPAIRS
To make forward strides and address sexism head on, ad agency executives have work to do. Some of it will be obvious and relatively easy, whereas other tasks will require uncomfortable conversations. The bedrock of the ad agency—the client relationship—might even need to be restructured to welcome more women.

“Clients demand things on a moment’s notice, and it’s fire-drill creativity,” says Gordon. This behavior not only goes against research on what’s conducive to creative work, but also excludes women and working mothers. “Agencies end up valuing availability over creativity: who can work all night versus who’s the right person to fill this creative challenge. The whole paradigm is broken.”

In the rush of responding to clients’ demands, agencies struggle to have deeper discussions, such as improving working conditions to support equality and diversity. And clients have begun to take notice. Hewlett-Packard has demanded that its agencies of record show substantial plans to improve hiring of women and people of color in creative departments—or else they will get the boot. General Mills has asked that the creative workers at its agencies comprise at least 50 percent women and 20 percent people of color.

“We’re always in crisis mode in agencies,” says Anne-Marie Marcus, owner of creative recruitment agency Marcus St. Jean. “We talk about [the gender problem] and then we forget—which is why two clients have imposed on their agencies to fix the problem and present a plan that will give a better balance. But the clients have to do their role, too. They need to treat their agencies in a way that people can survive there. When clients call at 8 p.m. and say they want this in the morning, they are also responsible for the culture in the agency. That’s not going to work, and it’s something we need to think about.”

In the midst of their own tornados of creative work, some agency leaders have started to think about how to enact change. In March, following the lawsuit against J. Walter Thompson, Nancy Hill gave a speech about gender equality at the 4A’s annual conference. “Real change has to start with you, at the top,” she said in her speech. After hearing her words, an ad executive e-mailed Hill to pledge that he would only do blind résumé reviews that conceal the names of the applicants. (Hill declined to reveal who the executive was.) Since then, the executive has reported back to her to say that it’s working—he’s begun hiring a more diverse creative team.

“Make sure you look yourself in the mirror and ask: What is the solution here?” Hill says.

As soon as more women become executives—as soon as that 11.5 percent of female creative directors edges closer to or higher than 50 percent—many of these problems will resolve themselves, Gordon says. “If you could only do one thing at a position of management, the absolute fastest way [to improve company culture] is to have 25 percent of your senior management become female, and these issues will go away. … You solve for their needs being met, and it trickles down—it’s so expedient in solving these issues.”

Looking forward, Hill places faith in younger workers to stand their ground. “This generation isn’t going to put up with it. They’re going to call people out on it. Women’s B.S. meter has gone up. They say, ‘I’ll freelance.’ They don’t need to be in that environment. I wish I had a number of [how many] women [sexism] has impacted to the point where they left the industry, but I’m sure it’s a very large number.”

Meanwhile, Catalinac hopes to be among the women calling people out on their B.S. Creative workers, in particular, have the tools to have difficult conversations with leaders and coworkers about their sexist tone and policies, she says. “In advertising, we are in the business of knowing how to speak to people, getting on their level and choosing our tone of voice wisely. The same should be applied to the office. It shouldn’t be an angry tirade, but calling it out and talking about it—like Sexism Bingo!”

She encourages men and women alike to approach the frank talks ahead with the same spirit of her game: not angry, but instead, optimistic that with the right words, we can make change. ca

For more tips on how to balance your office’s gender, check out 3% Conference’s “100 Things You Can Do Right Now to Help Drive the 3% Number Upward” at 3percentconf.com/downloads/100-things. 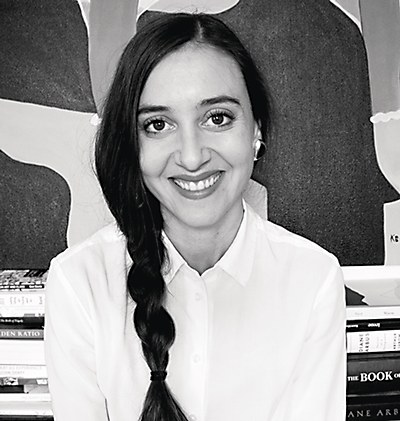 Columns / Insights
Painting from the Runway
Kelly Beeman reveals that, in the fashion industry, fine and commercial art are becoming one and the same.

Columns / Typography
Variable Fonts Are the Next Generation
Variability will revolutionize OpenType, and Thomas Phinney explains how. 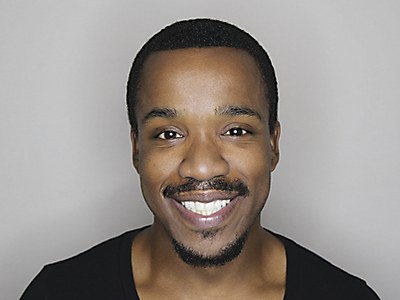