The end of payroll as we know it?

Twenty years ago, Daniel Pink coined the term free agent nation in a Fast Company article that insisted freelancers, independent contractors and temps were poised to reconfigure the American economy. In the words of one San Francisco Bay Area interviewee, freelance work enabled people to “assume their own shape rather than fit the shape of some corporate box.” As usual, Pink was ahead of the curve—maybe a little too far ahead. For the next two decades, the great majority of working Americans continued clocking in from nine to five, clinging to the comfort of the same cubicle and the same boss—along with a steady salary and health insurance. Free agents were plentiful, but they certainly weren’t reshaping the workplace in any significant way.

The world has officially caught up. Head to any big-city coffee shop on a Tuesday afternoon, and the evidence is typing on dozens of MacBooks. Millennials are far less committed to corporate structure than gen X-ers and baby boomers; you can see it in every Twitter bio that rattles off former employers like badges of honor. At the same time, video conferencing and dozens of sharing tools, like Dropbox, Google Docs, instant messaging and Slack, have erased the distance between coworkers who sit 2,000 miles apart. It’s fair to say that in 2017, individuals’ decisions to shape their own careers are actually changing the landscape of creative agencies. Although design firms have always relied on a stable of freelancers, more and more companies find themselves without a single creative on their payrolls.

Common touts itself as an organization that “accelerates the launch and growth of businesses that take care of the planet and all the creatures on it” with the tagline “Do shit that matters.” Cofounded by Alex Bogusky, Ana Bogusky, John Bielenberg and Rob Schuham, the agency leverages the members of its creative community to help nonprofits and corporate do-gooders fight the scourge of sugary beverages, lower the high-school dropout rate and brand healthy-food startups like Snap Kitchen. Common is also an accelerator of sorts: members pay $99 for a one-year engagement that includes mentoring, business guidance, introductions and access to other change makers.

“Our DNA comes from the agency world, and it’s what our team members are most familiar with,” says Mark Eckhardt, chief executive officer at Common. “So within the context of community, we’ve adopted that way of working.”

Such an affinity for collaboration may stem from Eckhardt’s background as a professional musician who played drums behind Ben Harper and Whitney Houston, among others. One of Common’s handful of full-timers, Eckhardt operates out of a home office in Los Angeles, from which he assembles teams of creatives working remotely. Occasionally, he’ll organize an MBA—“maniacal business attack”—a creative blitz that brings clients and creatives into a room with the goal of crafting a campaign or an identity in 72 hours.

“Our global network is a combination of thousands of individuals and agencies, so if big clients like General Electric were to knock on our door and say, ‘We’d like to work with you,’ we could provide them with the firepower of a big agency. I’m proud of the fact that I can tell everyone who lands on our doorstep that we can take care of them—and I can say it with a straight face because of the depth of capabilities to which we have access.”

The new model means no more recruiting marathons or layoffs when clients come and go. No more chasing work to feed every mouth on the payroll. And no more need to take on clients who don’t match the agency’s values. One more bonus: being able to call on 4,500 freelance creatives rather than 45 full-timers, which enables the agency to tailor every team to the client’s specific needs.

“Creative professionals constantly land on our doorstep and ask how they can get involved with Common,” says Eckhardt. “The majority of those folks either want out of big agencies, are tired of getting beaten up by clients who only care about financial returns on investment or are just seeking more meaning from their work. I think this reflects reports suggesting that nearly half of the workers in the United States will be freelance or independent by 2020 or soon thereafter. Any agency that’s not designing for that future is going to be irrelevant quickly.”

WHEN ARTISTS MAKE AN AGENCY
Juan Carlos Pagan spent most of his career working for traditional agencies, like DDB, Deutsch and 72andSunny, before launching Sunday Afternoon in New York last year. A unique model that’s part design studio and part artist-management agency, Sunday Afternoon leverages its own talent to help clients that include Anheuser-Busch, Asics, Bacardi and Nike. The agency represents each artist individually while helping assemble teams for projects with a lot of moving parts, calling in additional freelancers when necessary.

“Sunday Afternoon is structured differently because we’re more interested in working on projects than becoming the agency of record for a particular company,” says Pagan. “There’s still a need for that day-to-day contact between a company and an agency, to move the brand forward, but we want to take a more of a SWAT approach. It’s all about being malleable and nimble.”

When artists sign on to Sunday Afternoon, they’re committing to those collaborative projects as part of the deal. “Making stuff together is part of the fun,” says Pagan.

This new hub-and-spoke approach isn’t just good for agencies. It also gives creatives the space they need to pursue their own passions by taking time off, working whenever they want and making even more connections within the creative community.

“Progressive agencies are starting to realize that creative people on their staff—whether designers or art directors or writers—are all artists doing their own thing,” says Pagan. “We need to embrace the fact that they have ambitions of their own. Are you letting your most talented people be autonomous artists? Or are you owning their time, insisting that they bill every hour to a specific client? If that’s the model you embrace, you’re not going to hold onto the best talent for long.”

NO COMPUTERS, NO DESKS, NO PROBLEM
When Steve Rio launched Briteweb seven years ago, the social-change agency had a small staff in Vancouver, British Columbia. But as the agency started working with the United Nations and the Rockefeller Foundation, Rio started spending more time in New York, which naturally led to more connections with East Coast freelancers. As Briteweb’s client base expanded throughout the continent, the advantages of having every employee under one roof quickly evaporated.

“I remember reading that Silicon Valley visionary Bill Joy once said, ‘The smartest people in the world don’t work for you,’” says Rio. “For Briteweb, the decision to hire more remote contract workers came from a realization that some of the most creative people simply don’t want full-time jobs.” Rio has tapped into a network of young, ambitious workers who have leveraged their experiences traveling, volunteering, starting their own nonprofits and interning at corporate giants to gain more relevant skills than previous generations had at the same age.

No doubt, there’s an art to assembling a team of contract creatives. It takes careful planning, thoughtful onboarding and a specific niche.

“If you don’t have a really clear vision and a set of values that make people feel ‘This is really a tribe I want to belong to,’ then you’re just another Upwork, a collection of people trying to make a few bucks,” says Rio. “Before we put our structure in place, we needed to understand our own best practices, map out our processes and identify good systems—both human and technological. If you don’t have that infrastructure in place, you end up creating watered-down work.”

Briteweb brings on new contractors methodically—after a series of interviews—and then takes each one through an online training process that explains the company’s values and principles with case studies, turning each new freelancer into someone who can faithfully represent the company on every conference call and e-mail. Instead of investing in computers, desks and office space, Briteweb invests in meet-ups, dinners and annual team retreats to forge the social bonds that keep people connected.

One of Rio’s freelancers is a former full-time employee who moved to Bali to surf and explore the islands with his new wife. When he put in his notice, Rio asked him if he’d consider moving over to the contractor side of the equation. Now there are weeks when he bills more hours than he had as a full-time employee, earning an income that goes a long way on the island. Another contributor is a teenager who immigrated from India to Vancouver, graduated from high school two years early and enrolled in Emily Carr University of Art + Design after winning a series of 99designs competitions; when he’s not in school, he’s interning at Microsoft, launching a nonprofit or working five to ten hours a week for Briteweb.

“Even for our full-time employees, we’ve always had a very open remote-work policy,” says Rio. “It’s four sentences long, and it ends with ‘Enjoy Bora Bora.’” That same logic applies to freelancers, who have spent months traveling in Europe, Asia and South America. Briteweb asks only that employees and contractors have access to speedy Internet and make themselves available for a few hours during the North American workday.

“There will always be a role for big agencies,” says Common’s Eckhardt. “But technology is enabling people to launch businesses incredibly fast—and it’s only getting faster. With the exception of tech unicorns, these companies are small and have limited resources, so organizations like ours can play to that crowd and do a lot of business—they may be $50,000 or $100,000 projects, not $80 million projects, but for us, that’s just fine.” ca 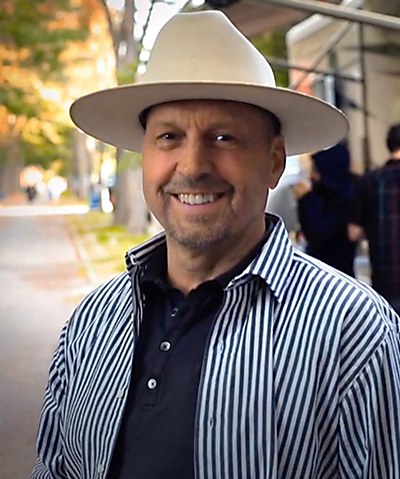 Columns / Insights
An Image Maker Who Can’t Stop Looking
Jim Erickson finds his photojournalism background to be a useful tool when capturing stock photos and videos. 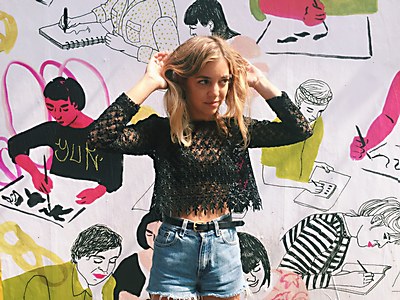