Everyone whose work is appearing in the pages of this annual should be proud. But if it’s your first time in here, the magnitude is heightened. You did it. You’re in the annual. You might be standing a little taller today, attacking new briefs with the panache of a conquering hero returning from battle. One guarantee: you’re saving this book forever. At first, you’ll need to flip to the index to look up the page (or pages!) you’re on, but it won’t take you long to commit that page number to memory. Even when important digits like your high school graduation year fade in old age, that page number will remain firmly imprinted on your cerebrum.

Your first time in Communication Arts is also a moment to think about its impact on your career and how you’ll reflect upon it years from now. I talked to several veterans of the business about their inaugural appearance in the CA Annual, what it meant to them and advice they have for this year’s CA newbies.

Hardly a soul gets into CA and remarks, “What’s CA?” Known throughout the industry by just two letters, it often serves as the first textbook for aspiring creatives. Former BBH chief creative officer Ari Weiss remembers developing his fondness for CA while attending Boston University. He would return home during winter break and hunt for the CA Annual in the magazine racks of the local bookstore. “Communication Arts was always next to Architectural Digest,” he recalls. “I would flip through every page in total admiration of one incredible idea after another—the same way I had previously fallen in love with The Far Side and Calvin and Hobbes. And so my obsession began.”

Tim Cawley, founder and chief creative officer at Sleek Machine, used his commuting time to study the classics. “When I was just starting in the business, I remember I had three or four CA Annuals in my messenger bag that I took with me everywhere,” he says. “I had an hour bus ride to my job, each way, from Boston to Providence, and I pored over every ad OCD-style, desperately trying to figure out the tricks [of] legitimate copywriters. I was riveted by the work in the annual, but actually being in there myself seemed [like] a distant, far-fetched dream—like the advertising equivalent of a moon landing.”

All of the legendary work featured in past CA Annuals elevates the impact of making it in, especially when it’s your first appearance. Marty Senn, chief creative officer at Carmichael Lynch, comes from an advertising family, so he understood its significance. “CA has always been a big deal to me,” he says. “My dad was in the business, so we always had old issues of CA around the house, dog-eared where his agency had been featured. I’ve always looked at it—and the Advertising Annual in particular—as that great permanent record of what’s good and who’s doing it.” BBDO executive creative director Denise Rossetto recognizes the longevity of every annual. “It’s such a tactile thing,” she says. “You read it and then spend all year with it.”

Anne Elisco-Lemme, executive creative director at Duncan/Channon, developed a single-minded passion to get into the annual. “Early on in my career, CA was the show to get into,” she says. “Every creative I knew kept every annual, writing his or her name in marker on the spine or cover so nobody would poach it. They were coveted. So, as you can imagine, I had one single goal at that time: to get into CA.”

Weiss has the rare distinction of getting into CA for one of the first ads he ever created, while an intern at Sawyer Riley Compton, now Brunner. He still remembers the moment well: “For one of my first assignments, my partner Kevin Thoem and I were formidably tasked [with] making the Atlanta Ballet’s production of Romeo and Juliet more desirable to a younger audience. So we came up with the headline ‘Two ballet dancers die. What better reason to attend?’ and set the copy next to a dagger.” Flash forward to his next winter break, back home for the holidays and perusing the local bookstore again. “I dove straight into the annual, and there was our ad,” he says. “I couldn’t believe it. Something we had thought of was deemed worthy enough to belong in the hallowed pages of Communication Arts.”

Jay Russell, chief creative officer of GSD&M, made his first CA appearance with a print campaign for Arizona Jeans. He recalls the feeling: “In school, CA was where you went to see the best of the best. The Internet was in its infancy, and the CA Annual was [advertising’s] bible. So the first time in was a big deal for me.”

Prior to Elisco-Lemme’s CA debut, she was driven to succeed. She says, “I was determined to land some piece of business that would allow me to do what I thought was worthy work. Long story short, I did just that. I remember getting the e-mail announcing that I was in the annual. It was pretty fantastic, finally seeing my name in there. And every time since, with every piece that’s gotten in, the thrill doesn’t fade.”

Cawley fondly looks back on his first time: “I lucked out and got a job at a great boutique shop called Pagano Schenck & Kay, working with folks who’d previously been in the annual. I started producing ads and absorbing as much as I could from my talented coworkers. I remember being so excited that a few of my ads were being entered. A few months later, I got the notification that my first campaign had gotten into CA. When I finally saw that book, I felt like I was on my way to being a legitimate, professional copywriter.”

Senn got an extra piece of news when he found out he wouldn’t just be appearing in CA for the first time—his ad would also be featured on the cover. “I couldn’t believe it. It wasn’t the only thing on the cover, but I didn’t care,” Senn says. “I loved the idea that it would be landing on the desk of just about everyone I admired in the business. It gave me a ton of confidence that I could do this.”

I couldn’t believe it. Something we had thought of was deemed worthy enough to belong in the hallowed pages of Communication Arts.” —Ari Weiss

Dan Fietsam, chief creative officer at Laughlin Constable, says, “The funny thing about getting in CA is that it’s not something you just check off your list. The challenge just increases—you want to get in every year.”

The CA Annual has a unique cachet, different from other important shows, like Cannes and One Show. “CA is different because it’s not some big, grand spectacle,” says Elisco-Lemme. “It’s a simple annual, dedicated to doing one thing: honoring the best work. There aren’t giant parties. It’s quiet. It’s run by the same family that started it all.”

“What’s great about CA is that a lot of years later, it still carries that same weight and excitement,” Senn says. “It’s still printed. It still lands on the desk of everyone I know. It places this year’s winners next to all the winners of the past. It makes a great continuum. It never feels like it’s trying to redefine or sell itself, but celebrate the people and the work that really made a mark that year.”

Elisco-Lemme relates a moment from her experience judging the Advertising Annual competition in 2015: “There’s a timeline in the hallway at Communication Arts that shows the history of the annuals. At every break, every judge would just walk that hallway and soak in the history. You can’t help but just love the purity of it all.”

Rossetto says, “You can tell they have an appreciation for the art of advertising.”

The work that appears in CA typically has an impact across the industry as imitations begin to materialize. Russell says, “Like clockwork, you’ll see the derivations of layouts from the annual hit the halls for a good six months. The Norwegian Cruise Line and the Victorinox Swiss Army ads had more offspring than a barn full of rabbits. There’s a reason you still see sets of CA Annuals in agencies—they were and are the bar.”

Here are a few words of wisdom for this year’s CA rookies. Weiss says, “Don’t let award shows or annuals define you. This business is all about trust and building relationships that allow you to do brave work and move your client’s business forward beyond their wildest dreams.”

Cawley says, “Know the history, but don’t necessarily try to repeat the history. Don’t just do ads to win awards. Solve the client problem in an arresting, exciting, beautiful way. And then trust that the accolades will come.”

Rossetto suggests working with the best people you can find. “Always be open to learning from those you admire and respect,” she says.

Elisco-Lemme implores young creatives to keep working hard and not to let this appearance become a lone career highlight. “You’ve got to make things happen for yourself,” she says. “You can’t just sit around complaining that you aren’t getting opportunities. Create them.”

To the CA Class of 2016 newcomers, enjoy your time in the spotlight. But take the advice of these wise ad vets to make certain that your first time in CA is just the beginning. ca 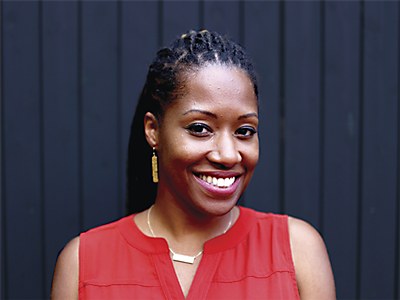 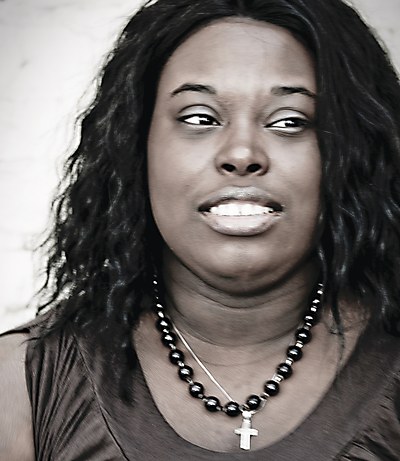