A designer shares his work, and then experiences community firsthand.

By Paul Soulellis
Like many designers today, I spend a great deal of time in the cloud—connecting with friends and followers on Twitter and other social media platforms. These tools are important; they allow us to amplify our work and broadcast to a larger design community with incredible speed and ease. And I’ve come to rely on my network as a kind of support, generously encouraging me with valuable feedback, or even friction.

But do these tools actually let us engage in deeper conversations around our work? While I treasure the constant connection to the crowd, I find it difficult to slow down for more focused inter­actions unless I’m physically present. For me, the opportunity to go further in a discussion around my work—to explore, to learn, to grow—best occurs when it can mediate both digital and physi­cal worlds.

So I decided to take my work outside. Not just out into the ele­ments, but beyond many of my normal boundaries as a designer. Frustrated with my own addiction to the screen and propelled by my need for richer connections, I stepped outside the studio, curious to discover new kinds of encounters.

Working on a commission for the b-side multimedia arts festival (part of the London 2012 Festival), I carried a twelve-volume set of books titled Weymouths out into the windy streets of Weymouth, England. I had created the books over the course of a year, investi­gating the connections and dis­connects between two towns named Weymouth (one in England, the other in Massachusetts). Three hundred books were printed and I gave them all away, one by one, to people I encountered in the small town. For twelve days, I bicycled the books around in a wicker basket and set them up in highly visible areas—at the town clock, in a public square, at the bakery. I unfolded a large piece of printed fabric with a small sign that said “free books” and stood nearby as people reacted—look­ing, pointing, commenting. Most threw confused glances my way, without slowing down. Once in a while, someone would pause and approach me to ask, “What’s this about?” Invariably, they were delighted to hear that this was an art project. And yes, they would love a free book. 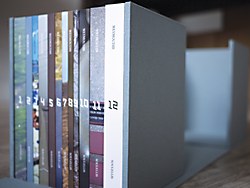 I know what it’s like to work on something precious and deliver it to a client or a gallery or to post it to my blog. This was different. By bringing the books outside, and opening myself up to chance conversations and surprise, I was able to watch the project come alive in ways I couldn’t predict. By provoking the audience and giving the books away, I came face-to-face with people stretching to accept art and design in an unexpected context.

I felt totally exposed, like a performer on stage. No amount of mar­ket research could have prepared me for the uncertainty of stand­ing in the street with my work, waiting for an interaction. In my twenty-year career as a designer, I’d rarely come into contact with the people I visualized while designing. In Weymouth, I experi­enced the vulnerability—and privilege—of meeting every person who received one of my books. And I witnessed the remarkable, real-time creation of conversations and community around my work.

Aside from UX designers, rarely do I hear my peers referring to the end users of their design work as a community. Print designers, especially, tend to think of their audience as isolated individuals, perhaps because of the private nature of reading. And the ability of a print designer to communicate with the recipient of a finished piece is fairly limited; we’re typically removed from the end user by a distributor, be it client, agency or publisher. It’s also common for a print designer’s work to reach its end recipient as a purchase, which tends to separate creator and audience. Because Weymouths was a commission for an arts festi­val, I was able to remove the com­mercial barrier of book distribution and give the work away for free.

What I quickly discovered at the start of the twelve-day “per­for­mance” of Weymouths was that the free book was simply an excuse for interaction. By giving the books away, I removed the dead-end feeling of completion that often accompanies a financial transac­tion. Instead, surprised by the more open-ended gesture of gift-giv­ing, the audience was quick to engage and reciprocate with their own sense of shared value. At the very least, a conversation was exchanged. Many of these chats were the start of friendships; all were fascinating.

On day one, within two minutes of setting up my first public book encounter, I met Pete, the popular proprietor of Aunty Vi’s Tea and Cake Shanty on Weymouth Beach. I gave him Volume #1 and Pete fell in love with the project. Acting like my agent, he encour­aged his customers to go get a “rare book.” For days, he spread news about Weymouths across town. The following week, he took me into the Dorset hills in his truck and we ended up in the forest where allied forces slept before departing for Normandy on D-Day. Pete’s appreciation for the project was so great that he was moved to share his own Weymouth with me, generating new connections across time and space.

On day four, I gave two books to an 82-year-old man at a pub. I learned that Geoffrey was a retired astrophysicist from Oxford. He was eager to share his work with me and drew me diagrams of his experiments, telling me that they explained exploding twin dwarf stars in distant galaxies. A few days later he gave me a copy of one of his papers, published by the Royal Astronomical Society—”Mass-transfer bursts and the superhumps in cataclysmic variables.” I was humbled by Geoffrey’s interest and generosity, and immensely inspired by his ability to reveal something sublime in the minor exchange of book and conversation. The next day, Geoffrey told me that he was saving one of my books to give to a friend.

Sally, a Weymouth artist, was moved to spontaneously compose a composition for a music box, based on one of my books. She performed it for me and an audience that had gathered for a talk about my work at the local bakery. One elderly woman, who listened to the performance and then read through every one of the books, thanked me “for creating this fascinating social net­work­ing pro­ject.” I watched as the spirit of gift-giving reverberated throughout town. The books were creating a community.

By the end of the project, I had received several gifts in return: books, notes, original artwork, countless stories and powerful memories that will stay with me forever. I continue to be inspired by all of the encounters. The community that formed around my books was small but seemed expansive in its ability to generate new meaning. In each connection, regardless of what was exchanged, my audience countered the books with their own sense of the meaningful, and passed it on. Sometimes, the shared action touched one or two people; other times, it expanded and bounced around town. I called it the generosity echo.

Weymouths was an experiment in orchestrated serendipity and small-batch community-building. It’s not exactly a sustainable model; we can’t give everything away. But try it for yourself, at any scale: see what happens when you let go of some of your work—and your assumptions. By stepping outside and returning to the face-to-face—and confronting the fear of an unknown audience—you may rediscover the power of real-time conversa­tion. Sometimes the only thing that separates your work from an engaged community is being present. ca

Editor’s note: I have followed Paul’s work for several years, impressed by his thoughtful and exquisite investigations. Weymouths is one of a number of projects that challenge the relationships of process and product, author and audience, art and design. Paul extends “the generosity echo” with the free font Stetson (soulellis.com/projects/stetson), which he designed specifically for Weymouths. —Wendy Richmond

Paul Soulellis is a New York-based creative director and artist, maintaining his studio in Long Island City. He explores memory and representation through photography, typography, language and the book form. He founded the strategic design firm Soulellis Studio in 2001 and produces award-winning work for clients like Cornell University, TED, Waterworks, Esri, the Rockefeller Foundation and the Municipal Art Society of New York. Soulellis was trained as an architect and is a graduate of Cornell University’s College of Architecture, Art and Planning. 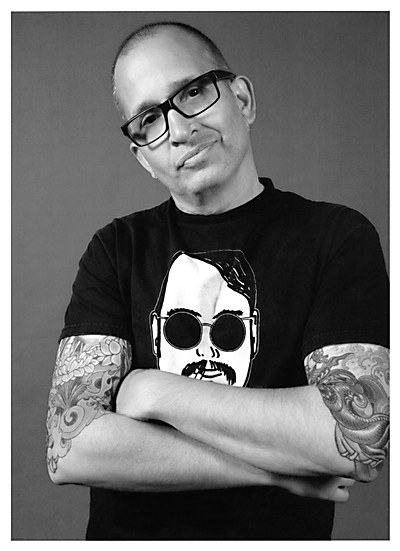 Columns / Insights
Respect Yourself Before Opportunity
Creative Director Stephen Niedzwiecki discusses Triumph, separating work and family time, and what you can learn from a four-year-old. 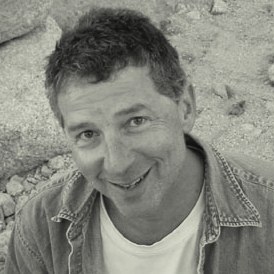 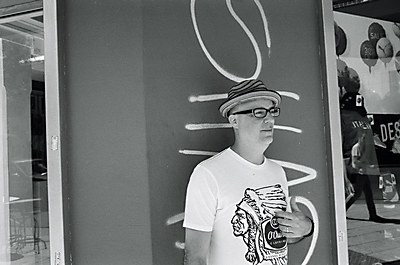