Mark Laita thinks creatives should have more business savvy than they often realize.

By Mark Laita
You’re known as a still-life photographer, yet your book Created Equal is a collection of portraits of the homeless. How were you enticed by the subject? I actually got started in photography as a teenager shooting concerts and later doing portraits of homeless people on Chicago’s West Side. I was incubating Created Equal for twenty years while I pursued a career as a still-life photographer. I’ve always loved shooting people! I just viewed still life as a direction that made sense for me commercially.

The portraits in Created Equal forced me to overcome my shyness. I had to approach total strangers from every corner of the lower 48 states and convince them that allowing me to take their photograph was a good idea. I grew tremendously during this project.

How do you push your work to evolve? By trying to do things I’m less comfortable with, by pursuing whatever inspires me and not necessarily what makes sense. Travel is very inspiring.

Can you talk about some different shoots you have done for different clients, and how you tailored your work for each? With some projects the visual direction is predetermined and my job is to execute that as closely and efficiently as possible. On others, my clients trust that I can come up with something great without being given as much direction. That respect and trust inspires me to really impress them. On the jobs where everything is more predetermined, my priority is to give them what they’ve asked for as efficiently as possible, and if there’s time, to show them what I would do if left to my own devices.

How do you balance personal work with assignments and commissions? Commercial work pays for the personal work. Personal work brings in more commercial projects. Its a very symbiotic relationship. When I started my career, I tried showing work that might get me jobs. I was mildly successful. Years later, I started doing work purely for myself without a client in mind. In 1995, I entered some of that personal work in Communication Arts’s Photography Competition, and it was selected for the Annual. Suddenly, I started working constantly. This repeated itself several times and I had a wonderful ride until 2009, when the wheels came off. Throughout my career, I’ve learned how important personal work is to my attitude and to my ability to weather the tough times in life and business.

Here’s a great example: in 1998, Steve Jobs had just returned to Apple and their new agency, Chiat/Day in Los Angeles chose me to shoot the first iMac. My portfolio then was exclusively personal work. No tear sheets. No shots of computers. Only toned black-and-white images. Susan Alinsangan still chose me, and that led to many years of shooting their products on white or black backgrounds. Purely personal work is as important as anything you can do for yourself and your career.

Which photographers do you most admire and why? Like many of my peers, I was heavily influenced by Irving Penn and Richard Avedon. I got to collaborate with Avedon on a Carolina Herrera ad years ago. I shot a shattering perfume bottle, and Dick shot the background image of a woman against a sky. Both Avedon and Penn were geniuses who were able to put their own personal view of the world into their work. They both produced tons of personal work, by the way.

What is your biggest challenge as a photographer? When I first moved from Chicago to Los Angeles in 1986, I thought all I had to do was take great photographs. I was very shy, I didn't know how to handle my money, I knew nothing about business, but I had a great portfolio. Well, that won’t cut it. What I’ve learned about this career, and life in general, is that you’ll need to develop a wide range of skills in order to thrive. The more varied your talents, the better your chances of succeeding.

You photograph all sorts of different subjects, including still life, animals, cars and people. Which is your favorite? I love shooting a great ad. The subject doesn’t matter. To work on ads that integrate a visual with a great headline or idea is why I got into advertising. One of my favorites was an adidas campaign I shot with Todd Grant when he was at Chiat/Day in San Francisco. The ads were extreme close ups of the curves and shapes of the stripes in adidas clothing with just three lines of short copy, like haiku, describing the color featured in each ad and its meaning in the world of sports. Poetry.

Do you have any advice for people just entering the profession? Well, I can say “do what you love,” but there are plenty of people who get disillusioned after years of following their dream only to find that there are only three other people out there who seem to think like they do. I believe you need to follow your dream, of course. But in addition, you’d better have tenacity and a thick skin to help you survive all the rough seas of the business world. You’ll need to be able to think like your client (and your client’s client) to understand what they need, whether that matches your dream or not. When they are aligned, it’s a miracle, and you’ll feel like you’re flying. But more often you’re dealing with situations that require efficiency, diplomacy and teamwork. I’ve learned to enjoy those days as well. I’m not saying to compromise on your dream, but rather, that professionalism is sometimes underrated, especially in the art world.

Mark Laita is a photographer with studios in Los Angeles and New York City. Laita grew up in Detroit and Chicago, where he discovered photography at the age of fifteen. As a teenager, he worked on a series of portraits of Chicago’s homeless, which expanded into Created Equal, his first book, published by Steidl in 2009. His commercial work has been featured in campaigns for Apple, Estee Lauder, Mini Cooper and Budweiser. Laita’s photography has been recognized multiple times at the Kelly Awards, Cannes Advertising Festival, One Show, Communication Arts and Archive. He has three published books of photographs, and his work has been exhibited at galleries in the United States and Europe. 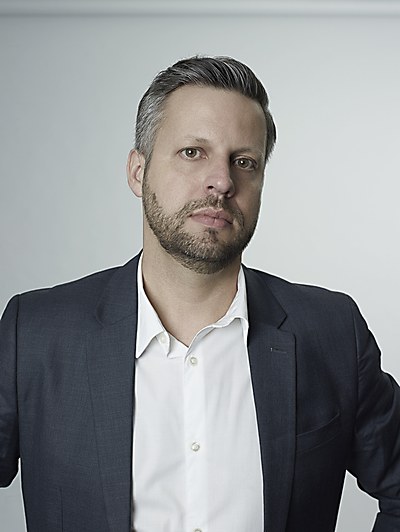 Columns / Insights
The Price of a Great Idea
Anselmo Ramos explains why creatives should be excited to work in advertising. 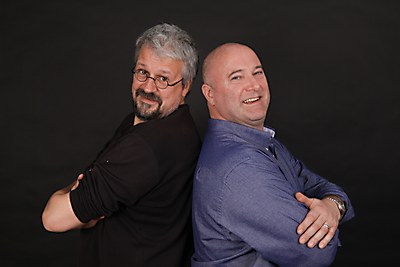