The Rise of Riso

Garrick Webster uncovers why a global tribe is rising up around screen printing’s younger—and cooler—cousin.

With the rise of photography in the second half of the nineteenth century, new schools of art quickly bloomed. Maybe the camera could produce a perfect likeness, but could it inspire the viewer like the rich colors and wild brushstrokes of the impressionists? Or the expressionists, cubists and abstract surrealists who followed?

The same mindset is prevailing in the design world today—only this time, in response to digital technology. The human hand is no match for the clinical geometry offered by vector graphics, the scientific consistency of the digital color palette or the high-dynamic-range photography instantly available on our smartphones. Images can now be tweaked to precision without so much as moving from our computers. It all seems too good to be true.

In response, creatives who want to make images—rather than process them—are finding new ways of bringing the fallibility of the real world into their work. The last decade has seen a rising interest in everything from screen printing and letterpress to figure drawing and papermaking. The latest technique to be embraced by designers and illustrators pursuing an authentic look and feel is Risograph printing.

“I’ve become very enthusiastic about Riso as a medium,” says Cat Sims, zine publisher, artist and rising star of the London design scene. Risograph printing is ideal for artists like Sims, and not just because of her line-led, comic book–inspired style. “It adds another layer to my work and lifts it somehow.”

The Risograph 007 first launched in 1984, courtesy of the Riso Kagaku Corporation of Japan. In some ways, the technology sits at the interface between analog and digital. Riso printers were designed to be a fast, cheap way of outputting runs of 50 to 5,000 copies—too many to economically photocopy and too few to justify the setup costs of offset printing.

Riso printers are still manufactured, and today’s models plug directly into a computer. However, the basic models only print one color at a time. Feed your pages through two, three or four times, changing the master artwork and the ink each run, and you can achieve exciting, multicolor results. Experimenting with the ink is one of the things devotees find addictive about Riso.

“Risographs shine most in situations where the artist or designer is effectively exploring the possibilities of the machine’s spot colors, the overprints and the relationships between the colors. There’s something intrinsically inspiring to our CMYK-saturated eyes to see color combinations outside of the standard offset gamut,” says Matt Davis, owner and operator of Perfectly Acceptable Press in Chicago.

Perfectly Acceptable is one of many Riso print shops that have popped up around the world in the last five years. According to Davis, much of the impetus in the United States came from cartoonists and do-it-yourself (DIY) zine publishers. In Europe and Asia, the trend is driven by illustrators, design studios and small publishers.

Moritz Grünke, who cofounded We make it in Berlin in 2012, loves the way Riso printing brings the artwork to life. “Large areas of plain color don’t look as dead as when printed offset, and even very clean and sleek vector drawings become vibrant in style,” says Grünke. This comes about for two reasons. First, the process works much better with uncoated papers up to A3 in size, so paper textures are ingrained in the work. Second, fully saturated colors don’t work very well. They smudge easily and are picked up by the paper feed roller. Most printers recommend 80 percent saturation or less. The use of halftones, patterns and textures not only resolves the issue, but also adds complexity to the work.

“The Riso is perfect for line drawings, watercolors, and pencil or charcoal drawings, as the dither screening involved makes the prints look like the original, or at least very close to it,” says Grünke. “We sometimes work for brands and agencies that love to have this handmade touch for their reports or flyers [in order] to look more... individual.”

Daria Tessler, a Portland, Oregon–based artist who grew up with a zine addiction, still remembers the day in the 1990s when she found out that Riso printing was available at Kinko’s. She planned her DIY opus around it, but by the time the book was ready, the Risograph printers had disappeared. The retro appeal of it still grips her. “Riso printing can create a sort of patchy look. Not all of the toner fuses with the paper, so you have to be prepared for a distressed look. It’s not going to be clean and crisp like a digital print, which has its own idiosyncratic appeal. I like flaws and embrace them,” she says. Today she uses Riso for her mythical comics. It’s perfect for their lost-in-time feel.

In Paris, young Swedish designer Cecilia Hansson is waiting for a print to come back from Riso Presto. The print’s representation of a tiger viewed from above, with overlapping colors, seems ideal for overprinting. She’s so excited about the technique that she wants her own printer. She explains: “That way, I can work more experimentally with the printing process. I would love to try my ideas in Riso before they are finished products—and perhaps also build images, creating layer after layer while printing.”

For other creatives, the attraction is simply in the fact that Riso printing is similar to screen printing in both process and aesthetic, but without the hassle of making screens, spreading inks, waiting for them to dry and cleaning up afterwards. “A lot of the same ideas apply. Colors can overlap to create secondary colors, which expands your color palette. You need to plan color fills with trapping, so the color fills overlap slightly with the line work. This gives the printer a little more leeway in terms of getting all of the colors to line up properly,” says British illustrator Beth Woollvin. “I’m a big lover of screen printing, so when I don’t have the time to hand print, I can use Risograph printing for a similar finish on a quicker turnaround.”

When you consider the practical aspects of Riso printing, the reasons to favor it stack up fast. It’s quick and cheap, and it doesn’t require much infrastructure and space. Its versatility is increasing, with paper feeders now accommodating weights up to 110 lb cover (300 gsm), making Riso printers compatible with card and cover stocks. Perhaps the most attractive aspect is its low impact on the environment.

Gabriella Marcella founded RISOTTO in Glasgow in 2012, designing her own range of stationery and printing specialist projects for a range of clients. One of her aims is to produce more with less. “Riso printing in itself is a highly energy-efficient and sustainable printing method, making for an ethical product unmatched by other printing methods. The inks are nontoxic and soy based, and the stencils are made from plant fiber. Unlike litho printing, it only takes a single print for the screen to be fully inked and ready for printing.”

No metal plates. No cleaning up. The messiest it gets is when you remove the used master stencil to switch colors. Yet, the technique feels very hands-on because of the layers of color and the handling of the paper. It is this tactility that led Pip Lu and YuxXan “Forty” Liu to set up O.OO Risograph & Design Room in Taipei in 2014.

“We’ve often heard that paper-based design will eventually be eliminated due to the burgeoning advancement of electronic devices. But human hands are very sensitive organs, and Riso offers not only vibrant color, but also a sense of texture. We were pretty confident that people would find Risograph printing interesting,” says Lu.

Liu continues: “Our interest in Risograph began from a postcard we bought abroad. As it was not on trend in Taiwan back then and there were no related services or information about such printing techniques, we decided to initiate it ourselves and let more people know about this interesting printing method.”

Like many Riso print shops, O.OO is opening the technique up to creatives by holding workshops. Lu and Liu see themselves as part of a network that’s promoting all that’s good about Riso across the world. Workshops, exhibitions, open studios, talks, clubs, free online resources—all help expand the Riso community. A lucrative market for preloved Riso machines has even spiked on eBay.

In London, Hato Press has been one of Riso’s biggest proponents, with fortnightly printing workshops and plans for short courses. “There’s definitely a Riso community within which people promote the process and share ideas on how to use the machines—this has certainly encouraged the evolution of the process,” says Leanne Richards at Hato. “It’s an accessible process. It’s user friendly, which is why workshops are so successful and also another reason for the interest surrounding the process.”

According to Richards, Riso printing is now taken more seriously as a means of producing art editions while maintaining a connection to the creative process. And although its limitations will always be supplemented through machine add-ons and software (at colorlibrary.ch, for instance, you’ll find more advanced ways of separating colors), its charm remains in that touch of unpredictability.

At Hato, the four printers in the shop seem to have their own personalities. “It’s hard to rely upon them; they’re quite fragile and fussy at times, like most printers,” says Richards. “One will happily feed 300 gsm; another is great for achieving a well-registered print. A big part of having success with this process is understanding that it is not black and white, but the more familiar you become with the nuances, the more you are able to control them.” ca 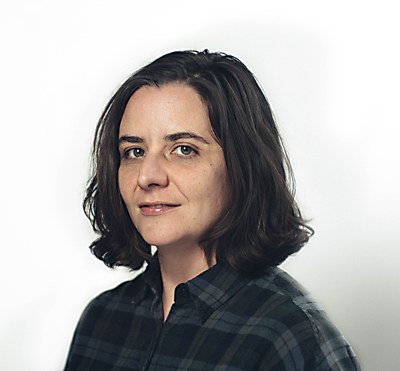 Columns / Insights
Directing a Miniature Horse
Kelli Miller talks about the challenges of directing and the importance of finding the right clients. 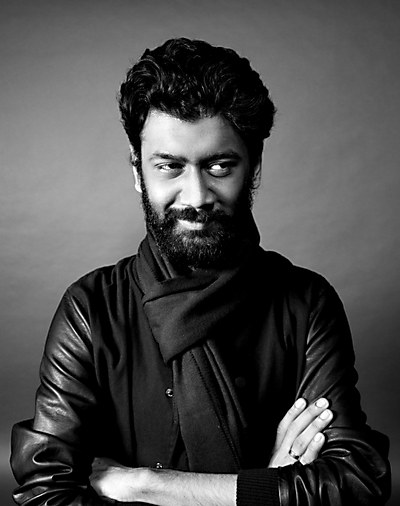 Columns / Insights
Bringing Something Original to the Table
Shiva Nallaperumal shares why the time is right for designers to reclaim their voices in their work.