TV Commercials in the Time of COVID

It’s April 22, 2020, and time is frozen. You’re sheltering in place in the home you’re lucky to share with your loved ones, watching Anderson Cooper interview Carolyn Goodman, mayor of Las Vegas. In a wacky, unnerving exchange, Ms. Goodman claims she wants the casinos—the whole city—to reopen, with no plan in place on how to do so safely. “Wait a minute,” Cooper says, “3,900 cases in Nevada, 163 deaths, and that’s with social distancing.” For a little levity, you tune in to The Daily Show with Trevor Noah, but, of course, it’s The Daily Social Distancing Show, and the guest is Andrew Cuomo, governor of New York. Noah and Cuomo are in tip-top shape, having a serious discussion about how long the stay-at-home order will be in effect. Cuomo admits he doesn’t know, asserting that as difficult as it is, staying home is the only way to save lives.

Then it’s time for a commercial break.

Suddenly, you’re in the Ultimate Fighting Championship ring, where Amanda Nunes is pummeling her opponent, and then they’re on the floor with their arms wrapped around each other. A few quick cuts later, Nunes is with a group of attractive young people sitting shoulder to shoulder, toasting each other with Modelo beers. What planet are they on? Is Modelo suggesting that it’s safe to go out for a beer? Why is this ad running now?

For the last month, I’ve been asking myself all kinds of questions about ads.

At first, almost every commercial seemed out of sync, with a huge gap between the reality we were living through—and watching others die in—and the once aspirational, now fantasy world depicted in most television commercials. Especially in pharmaceutical ads, in which a patient who’d been home alone, depressed with colitis/migraines/psoriasis/bipolar disorder, is later seen enjoying trips to the county fair, playing touch football, mingling at a party or jumping in the pool. Wait! That’s the stuff we used to do, and now we are the ones at home, alone and depressed.

But then things started to change.

Around the first of April, just as the daffodils began to bloom, a bunch of we-can-help, cocooning-with-the-family, especially-now commercials burst forth. There was Jim Perdue thanking the people who feed America (in a commercial by The VIA Agency). Little Caesars’ “No Contact Delivery” (by McKinney) was competing with Domino’s “Contactless Delivery” (recut from an earlier campaign by Crispin Porter Bogusky). Whether I was watching MSNBC or HGTV, I was informed, repeatedly, that the Trolls World Tour movie, scheduled to open in theaters on April 10, would soon be available on demand. By the time Apple’s “Creativity Goes On” commercial (by TBWA\Media Arts Lab) appeared, I was so curious about the uneven mix of ads that I started calling agency people to find out what was up. I had so many questions: What are you doing for your clients right now? How many are asking for new ads? If so, how do you make them when everyone is WFH?

The first answer came from Chris Cannon, creative director at New York ad agency Terri & Sandy. “It’s a tough time for all of us,” he says, “and people don’t want to hear what a brand has to say if the brand isn’t relevant.” Freshpet, the agency’s dog and cat food client, was a brand whose message could be dramatized to reflect life changes caused by the pandemic, he realized. Working from their homes, Cannon’s team created a sweet, touching spot based on the premise that dogs don’t know why humans are spending so much more time at home, they’re just happy about it. “We function surprisingly well remotely,” he reports. “Zoom, Microsoft Teams, Google Slides and Slack have proven to be advertising lifesavers right now.”

We’re helping our brands be strong and do the right thing, keeping them alive and thriving.” —Rob Reilly

“Right now” means in this time when the production and post-production houses—the companies that provide editing, sound, color and visual effects—are closed. But only their physical offices, because they’re WFH too, at breakneck speed, 24/7. They’ve got to, to keep up with demand. “It is odd to see spots that were shot pre-COVID-19,” says Nancy Jacobsen, executive producer and partner at Crew Cuts, a New York City post-production company. “We’ve been creating new spots with animation and existing footage, choosing shots that showcase social distancing. In normal times, commercial production runs three to six weeks from shoot to air-date. Post-production can take more than a month, especially if the spot has visual effects. But if the client wants it on air now, we turn spots around in record time.” Jacobsen gives the example of CVS. “We got a ‘Free 1–2 Day Rx Delivery’ script from BBDO the day the shutdown began and had the spot out the door two days later.”

Automakers were among the first to express their concern for the public, with Lexus letting us know via a spot from Team One that it’s “a people business,” and with online used car retailer Carvana.com promising in a commercial produced in-house that it would keep us safe with touchless delivery. Chevy was forthcoming with useful limited-time offers, saying it would be providing OnStar Crisis Assist services and complimentary Wi-Fi data to current Chevy owners in an ad by Commonwealth//McCann. “The job we are doing is critical,” says Rob Reilly, global creative chairman at McCann Worldgroup. “While we might not be on the front lines—and I don’t claim to come close to having the bravery of those people—but as agencies, we are the second line. We’re helping our brands be strong and do the right thing, keeping them alive and thriving.”

It soon became clear that the hard part would be supporting our employees and everything they were going through.” —Tiffany Rolfe

The pharmaceutical companies are the ones that purport to keep people alive and thriving, but judging by the commercials, car companies may be doing a better job. If I see another formerly sick, depressed person hugging lots of friends at a party, I’ll scream. But, I’ve learned, there are reasons why those commercials persist. They are costly to produce because they often have multiple scenes with large casts shot in different locations. More importantly, they can be pulled if the US Food and Drug Administration deems them to overstate a drug’s effectiveness or make claims that aren’t supported by adequate evidence. The review process takes up to 60 days.

“On iSpot.tv last week [April 12], there were 289 spots around COVID-19, and only one was pharma,” says Jeff Rothstein, chief executive officer and founding partner of CultHealth, a health care–focused agency. “We just created a spot for Novo Nordisk that promotes NovoCare, their patient assistance site for diabetes medicines. It went from client request to completion in just over a week, during which time there was intense discussion around the creative, what to show and say. We were reviewing directors and exploring how to shoot original footage in Los Angeles and New York, and got word that Los Angeles was prohibiting all nonessential outdoor work. So we immediately shifted to stock.”

Shifting from live action to stock might be the biggest trend in advertising right now. For example, in February, Triptent, which calls itself “the antidote” to the traditional ad agency, did a shoot with actress Hilary Duff for a digital-content Mother’s Day sweepstakes campaign for department store chain Kohl’s. The winner would enjoy brunch with Duff in New York City. “Following our shoot, we began creating nearly 20 executions to run on social media,” says Elizabeth DeMaso, Triptent’s president. “Just as we were putting final touches on sound mixing, Kohl’s canceled the sweepstakes because it would be impossible to fly the winner to New York. Our editing team took home hard drives with two years’ worth of video assets and set about recutting the content, removing references to the brunch and focusing on Mother’s Day gifts—brands don’t want doom and gloom when we’re promoting their products—and we were able to launch on time.”

But shifting to stock has its downside. Didn’t I see that close-up of a doctor washing his hands in another commercial? What about that shot of kids rolling down mom’s yoga mat?

“The challenge has been helping clients shift their entire messaging and marketing plans,” says Tiffany Rolfe, executive vice president and chief creative officer, US, at R/GA, which has switched from being a digital technology company into “maker mode,” realizing it had to do more for its clients, including writing a playbook designed to help clients understand and communicate the role they can play and actions they can take. “But that’s just the work part,” she says. “It soon became clear that the hard part would be supporting our employees and everything they were going through. Some people had sickness in their families. Friends and family were losing jobs. It’s about taking the pulse every day. And we’re not through yet.”

At Walrus, another New York agency, chief creative officer Deacon Webster enumerates the campaigns that were ready to go when the quarantine began, including one for a grocery chain that was postponed because its “off-the-wall and funny” tone was not appropriate. “Interestingly, none of our clients are looking to make DIY, shot-at-home ads, which I’ve been seeing a lot of lately,” he says. “While I admire the gumption and creativity that goes into that type of spot, it’s not easy for brands to differentiate themselves via Zoom, selfies or found footage. Everything starts feeling like TikTok. Very soon, we’re going to get tired of shot after shot of people coping in their living rooms.”

Judging by my inbox, many people are already tired of those shots and of “we’re all in this together” messages. A week ago, along came an invite to watch the “Every COVID-19 Commercial is Exactly the Same” video on the channel of a YouTube creator who goes by the fictional moniker Microsoft Sam. “What’s the deal?” Sam asked. His conclusion: “Many companies have found themselves short on cash, almost overnight. They needed to get a message out—and quick. They asked their teams to throw something together. Since they can’t film a new ad because of social distancing, they compiled old stock B-roll footage and found the most inoffensive royalty-free piano track they could find... It’s not a conspiracy, but perhaps a sign that it’s time for something new.”

Sam’s description of how the phenomenon came about is not accurate. But I agree that it is time for something new. Surely that will happen as soon as life normalizes a bit and agency people can find a minute to come up for air. But I do hope somebody smart is working on Charmin. Do you really want to watch blue bears caressing themselves with ultrasoft toilet paper when the shelves are empty of any brand? But who knows, by the time you’re reading this, the supply chain issues might have been resolved and you’re up to your eyeballs in Charmin. ca 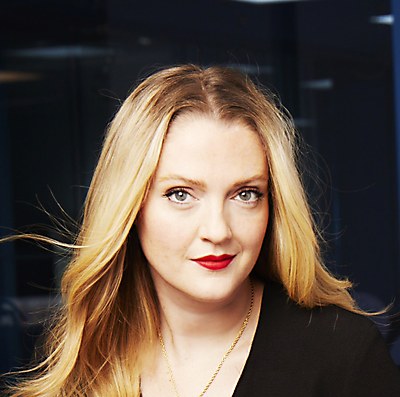 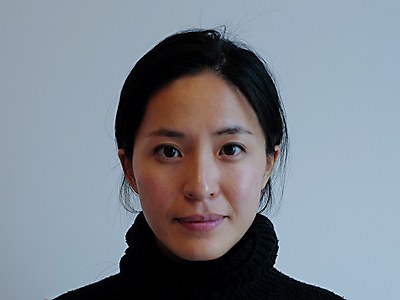