Elizabeth Carey Smith traces the history of the high-fashion world as only a typographer can.

In an interview with rock critic Lester Bangs in the 1980s, writer and punk musician Richard Hell said, “If you invent yourself, you love yourself. The idea of inventing yourself is creating the most ideal image that you could imagine.” He was referring to the constructs of fashion—how in the 1980s New York City punk scene, your clothing choices, DIY haircut and level of neglect helped you clarify who you were to the audience.

Fashion is about self-invention and self-expression—the secure and insecure ways we reflect ourselves to ourselves and to others. It is both inward-looking and committed to the gaze. Our consumption of fashion can be dismissed as superfluous and vapid because it often is those things. But it is also a high art, one whose roots and sociological contexts are just as consequential as how the clothing itself is crafted. Fashion bridges the universal and the personal, giving key information about wearers to the people around them.

Similarly, typography informs and expresses. It is both invisible and seen, the levels of which are determined by typeface designers (makers) and graphic designers (users). Like fashion, type surrounds us, and it is inextricable from everyday life. (Society couldn’t function for one day without letters, and we probably shouldn’t leave the house unclothed.) But it moves away from fashion since it’s mostly literal, while fashion is more nebulous. And while both are deeply affected by context, interpretations of fashion are broader, with perception and hyper-self-awareness as society’s primary goals.

So how do fashion and type reconcile alongside each other? When the two meet—whether it’s in editorial contexts, fashion labels and brand rollouts, or simply letters on clothing—we see the gamut of cliché, precedent and appropriation, all in service of how we describe both fashion and type.

WHAT IS “BEAUTIFUL” TYPE?
In making fashion images, people use words like feminine, delicate, beautiful and elegant. Similarly, creative directors, art directors and clients often request type that is beautiful, delicate and feminine. But what does that actually mean?

The majority of the time, these words are describing a high-contrast serif typeface, one that typically utilizes extremely thin stroke widths on the upstrokes and, by comparison, extremely thick stroke widths on the downstrokes. These words are describing Didones, a portmanteau meaning a typeface that has the structure of Didot or Bodoni or something of its ilk.

Didones’ hairline serifs are perpendicular to each other, with round or teardrop-shaped terminals and what Dutch type designers would call “translational” stroke variation. The most common of these typefaces—which fall under the classification of “Modern”—are Didot, designed and cut by Firmin Didot (1764–1836), and Bodoni, designed and cut by Giambattista Bodoni (1740–1813). Et voilà. Those evocative, provocative words usually mean one of these; though, I can’t recall an art director ever specifying which Didot or Bodoni. (Being specific about type and its qualities makes art directors nervous. Maybe it’s because they don’t want to get demeaned by typographers.)

So, why did Didones become the precedent in fashion? When digging through the Condé Nast archives, I found a treasure trove of typographic exploration illustrating how type and lettering coexisted with increasingly arresting fashion imagery. But determining why—and where and how—was not as simple as I’d assumed it would be.

Almost certainly starting with Vogue magazine, Didones’ connection to fashion is cemented. From a design history perspective, Didones’ association with fashion is particularly supported by Alexey Brodovitch’s art direction of Harper’s Bazaar, which used Didot exclusively and deliberately. In his Eye magazine essay “Through Thick and Thin: Fashion and Type,” Abbott Miller says of Brodovitch’s typography: “Didot was the black blade that cut the white space of his layouts.”

It really wasn’t until the 1950s that Didones—which had been jostled, omitted and reintroduced throughout the first half of the 20th century—stayed put in fashion magazines. Still, somewhere along the way, high-contrast Didones became the primary typographic language used to denote fashion.

However, almost simultaneously, geometric sans serifs appeared alongside these Didones. Typefaces like Futura marked a spirit of European modernism, futurism and universalism. The impetus for sans serifs and derivative lettering must have come, at least in part, from the brand marks of fashion labels themselves.

Chanel’s logo is an easy one to conjure, with its utilitarian, blocky capitals uncharacteristically depicting a quiet elegance. The interlocking Cs of the brand mark were most likely borrowed from the (literal) brands of saddlery and leather goods shops like Hermès, founded in 1837, and Louis Vuitton, founded in 1854. Gucci followed soon after Chanel, with an even more derivative logo of two Gs. Hence, another typographic precedent—interlocking sans serif capital letters—was established.

By the 1950s, the labels that we most associate with high fashion had been born: Balenciaga, Balmain, Chanel, Christian Dior, Givenchy, Gucci, Hermès, Lanvin and Louis Vuitton. These labels formed the nexus of haute couture during its golden age. Their logos were of such a decided visual language that new designers who subsequently contributed to haute couture also emulated these marks. Yves Saint Laurent’s logo, designed by A.M. Cassandre in 1962, was a meld of all of these precedents—thin letterforms, an ambiguous semi-serif and overlapping letterforms as a brand mark. Diane von Furstenberg emulated this amalgamation, too, for her eponymous label, launched in the 1970s. Others in this newer guard of designers, like Valentino and Ralph Lauren, maintained the language.

Futura (and later, a whole crowd of grotesques) claimed the voice of downtown fashion and culture. Former Elle design director Evan Campisi described the magazine as an indie magazine coming to mainstream fashion magazines. It’s intentionally unladylike, defiantly contrasting with the exclusive luxury of uptown fashion. In the minds of younger magazines and their audiences, Didones feel like the old definition of luxury. Street style has risen to prominence, and collections are now tribes. Today’s many designers of note originally made their names in downtown minimalism and street style.

Calvin Klein (1968) and Dolce & Gabbana (1985) both hitched themselves to what was regarded as young and avant-garde by incorporating geometric sans serifs in their respective logos. And when the Yves Saint Laurent ready-to-wear line rebranded a few years ago as Saint Laurent,
it used Helvetica for the logo. To me, this signifies a permanence to the notion that downtown fashion is as valuable as uptown fashion. Stylistically—and perhaps philosophically—there’s a difference between Yves Saint Laurent and Saint Laurent. The transition within the label makes sense, though—Yves was known for capturing a daring edge and an androgynous beauty; Saint Laurent has adapted to our times in a kind of perfect emulation of that spirit.

Seeing this kind of leap is super exciting, and it also elucidates logos like Tom Ford’s. Tom Ford became the creative director for Gucci in 1994, elevating the fashion house again after its brand became oversaturated. While Ford is known for a kind of ultimate sex and luxury, he’s parked his logo in the camp of downtown, of new and innovative, of young but not immature. Of contemporary sophistication. Of beauty even more than youth.

So it’s kind of funny to see that Karl Lagerfeld has branded himself as he has, post–Tom Ford. Lagerfeld has been the creative director of Chanel since 1983 and Fendi (interlocking letter logo!) since 1985. But when it came time to rebrand himself, he joined the side of the downtown edge, which can only be expected from a man who sports a white ponytail and looks that dapper (that’s a wink at Mr. Matthew Carter, by the way).

What can be determined from these grotesque choices? Essentially that no one is taking chances in the space where type meets fashion. But if
a maverick does make that jump from the precedent, and it is accepted, it is because that designer has gained an unprecedented level of respect early on—or the unique visual language originates from a voice in the industry you’d be stupid to question. Either way, if you pull it off, you can be sure to be ripped off. Because fashion. ca

Elizabeth Carey Smith is a New York City–based typographer who specializes in design and creative direction for type foundries, branding, fashion and the arts. She speaks and writes regularly for conferences and publications around the world. 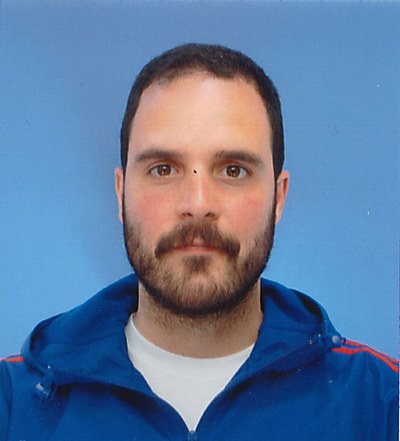 Columns / Insights
Getting Uncomfortable with Comfortability
Designer and illustrator Bráulio Amado shares how he avoids stagnation in his career. 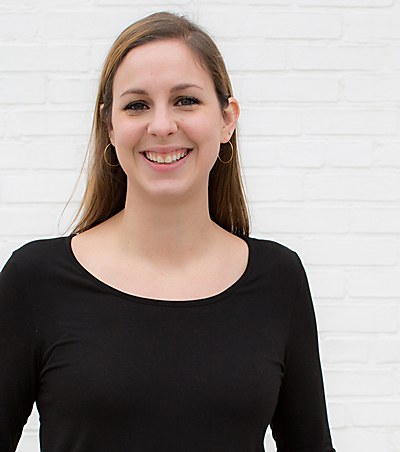 Columns / Insights
Code Will Be Broken
Jess Brown underlines the importance of integrity in the crowded digital landscape. 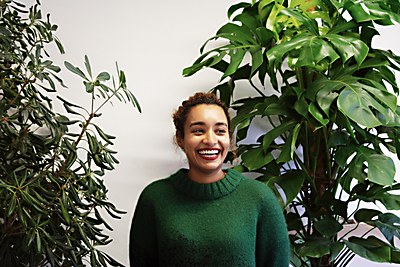