Sean Uyeoka muses on how the proliferation of media will foster creative experimentation in the trailer industry.

How did you get started as a trailer editor? Since I was a kid, film has been a huge part of my life. When DVDs became popular, I always watched the trailers that were included as bonus features. Before YouTube was commonplace, I would download QuickTime files of my favorite trailers and store them on an external hard drive just so I could rewatch them on demand.

I actually didn’t know the trailer industry even existed until I read an article profiling trailer editor Mark Woollen. I was in graduate school at the time, so I cold-called several shops around town and inquired about internships before landing one at Aspect. The six-week experience was great, and I was lucky enough to be hired as a runner after I completed school.

Aspect was and remains great at cultivating homegrown talent, encouraging those interested in editing to cut in their free time. Like many others, I jumped at this opportunity and cut a teaser for the film Black Mass. Long story short, the piece was sent to our client at Warner Bros. and ended up as the first trailer of the marketing campaign. This took place over several months, during which I worked my way up to assistant editor and finally editor.

What are some favorite trailers you’ve worked on, and what techniques did you learn from creating them? I’m sentimental regarding the Black Mass teaser because it opened so many doors for me. I just rewatched that trailer for the first time in a while and realized how much I’ve learned since then. At the time, I knew very little about the process of crafting a trailer; I just jumped in and started cutting something I thought was cool. Now, looking back, I envy the naivete of my past self. The simplicity that people responded to in that piece was not a result of confidence, but rather inexperience. The power of simplicity is a great lesson that I continue to keep in mind to this day.

Another favorite is a trailer from a few years ago, for which we created an audio bed—not from music, like you typically would, but solely from sound effects. We created a piercing rise in order to ratchet up the tension in the piece. That experience was challenging, but it also taught me a lot about how to manipulate sound design and push it to the forefront, without relying on traditional music.

Many of your projects tend to lean toward horror, action and drama. What draws you to these genres? One of my favorite things to strive for in my pieces is conveying a consistent tone and mood. Horror and drama especially lend themselves to that because of the emotions they inherently evoke. The action genre is less about mood, but often gives you the most leeway to really let loose with a flashy editorial style.

I love when a trailer or TV spot manages to do something different and raise the bar, because it motivates all of us to try to do the same.”

Whose work do you love and look to for inspiration? Many talented people work in this industry, so whenever a new trailer drops, there’s always something to learn. The competition can be intimidating, but it’s also beneficial because it encourages everyone to experiment in the hopes of attaining the mythical trailer finish. Charles Yi and Royce Choi are two close friends and fellow editors whose work I admire, having most recently cut the trailers for Space Jam 2 and Godzilla vs. Kong, respectively. Both Charles and Royce understand how to craft signature pieces that take risks and also serve as exceptional pieces of marketing. We talk regularly, and I’m grateful to be able to pick their brains about the editorial process.

Beyond trailers, films themselves still inspire me. Recently, I was struck by a musical score in One Flew Over the Cuckoo’s Nest. The last time I saw that film was before I even knew trailer editors existed. My brain is wired a little differently now; I’m always on the lookout for potential tools to keep in the back of my head. While trailers and films are different mediums, if I see an element in a film that could possibly transfer to my work, I make note of it. Whether it’s a song or a graphic look in a film’s credit sequence, you never know when these ideas will be appropriate for a future project.

What’s the most exciting movie trailer you’ve seen recently? The trailer for Army of the Dead, cut by David Schenk at Wild Card, blew me away. It’s a lesson in style and editing precision, backed up with a fantastic custom version of Kenny Rogers’ song “The Gambler.” I love that the trailer isn’t overwhelmed with story or too many dialogue bites; it just clears the way for the song’s lyrics to guide the piece and demand your attention.

What fantastic tools have you recently found? A few months ago, I came across a program called Neural Mix Pro, which enables you to isolate percussion, melody and vocals from songs in real time. Editors play around with different elements of music when cutting, so this app was fascinating to experiment with. Isolating these different stems are a great way to hear the pieces that make up songs, which can help you think of more potential musical approaches before going down the rabbit hole of customizing a track.

What is something people misunderstand about trailer editing? The trailer industry is interesting because our output is viewed by millions of people, but relatively few understand how our work comes to be. Some people, including myself before I started working in the industry, think directors cut their own trailers. While a typical two-minute trailer is easily digestible, the amount of work and collaboration that goes into every piece cannot be understated. We basically work on puzzles every day, shifting bits around to see what works and what doesn’t. Editorial is a key element, but there are many hands in the pie that deserve just as much credit. Producers, music, graphics and copywriting—ideas come from all these departments to help make a cut better.

What excites you about the entertainment marketing industry today? The proliferation of media has bombarded us with so many things to consume that it’s often overwhelming. But one positive is that nearly all of these things require marketing, providing more and more opportunities for fantastic editors and creative teams to showcase their skills. I’ll never be able to watch all the TV shows and films that I’m recommended, but it is much more manageable to keep up with the marketing for them. I love when a trailer or TV spot manages to do something different and raise the bar, because it motivates all of us to try to do the same.

Sean Uyeoka is a trailer editor at Aspect, a creative advertising agency with more than 40 years of history in the industry. During his career, Uyeoka has won multiple awards and worked on film campaigns for Deadpool, Doctor Sleep and Tenet, among others. Originally from Honolulu, Hawaii, Uyeoka earned a marketing degree from the University of Southern California, followed by a master’s in film studies before becoming an editor. He currently lives in Los Angeles, California, with his wife Staci, daughter Ellie and ferocious dog Marty. 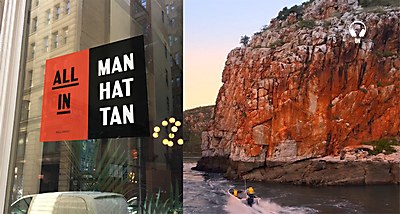 Columns / Design Details
Destination Marketing in the Time of COVID
Ellen Shapiro looks to how the tourism industry has adapted to the fast-evolving pandemic. 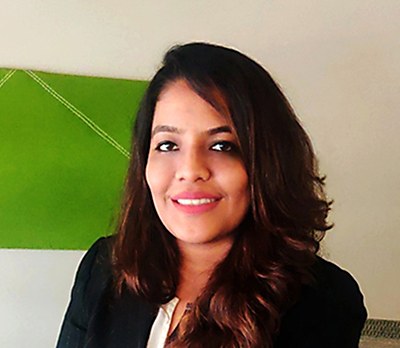