By Mark Taylor
This past year I had the opportunity to serve as a judge at three advertising award shows: Cannes, Communication Arts and D&AD. This gave me a great chance to study a cross-section of successful brand campaigns across the entire industry and observe a prevalent and encouraging theme among the most effective work: ideas that are actionable and real; ideas that get people involved in a larger purpose or principle through clearly defined action; ideas that create real interaction with consumers.

Whether it’s through a stunt, an event or a product innovation, these ideas demand engagement by the form they take. It’s the difference between a passive story a consumer simply views and an active event the consumer becomes a part of. A great example of this is the work done by Droga5 for Help Remedies, a pharmaceutical brand, and DKMS, a bone marrow donor registry that was struggling with a dwindling donor pool for battling diseases such as lymphoma and leukemia. The problem was that it was inconvenient to register as a donor. The donor had to go to a special doctor or order and pay for a registration kit online, when all that is needed is a couple of drops of blood. Droga5 created Help, I Want to Save a Life, a package of over-the-counter bandages that doubled as a simple marrow donor registry kit. When a person reached for a bandage, they just put a few drops of blood on the included swab, put it in the prepaid envelope and dropped it in the mail. That’s it. It was a simple idea, yet the results were an impressive 300 percent increase in registrations.

There are times when the task at hand is so specifically defined that a targeted solution of this nature is exactly what’s called for. But this approach can also be limiting in scope. Or, perhaps better put, the need may require a messaging effort to go with it. The impact of an actionable initiative can be much greater when it is surrounded by a larger creative campaign. Immortal Fans is a great example of this. It was a brilliant campaign by Ogilvy Brazil, São Paulo, for the football team Sport Club Recife. The idea was to leverage fans’ passion to help a worthy cause, taking their devotion to the next level by cementing them as “immortal fans.” In Brazil, family authorization is a major barrier to organ donation. Ogilvy created a team-sponsored donor card that let fans register and inform their families of their wishes. They could get the card at the stadium and sign up through Facebook or by mail. The card was accompanied by an integrated campaign featuring real patients on transplant lists who promised to put their new organs to good use by cheering for the team. Apparently the thought of one’s organs living on in the name of Sport Club Recife is more compelling than merely saving a life, because over 51,000 donor cards were issued, leading to a 54 percent increase in organ donation in just one year! The waiting lists for heart and corneal transplants were reduced to zero and dozens of lives were saved, including the individuals who were featured in the campaign.

Real initiatives of this nature represent some of the creative industry’s best work today. But short-term efforts that deliver quick, concentrated spikes of growth don’t always lend themselves to long-term brand building. So how can we take it further? By applying this same approach to make the entire brand stand for something real.

By standing for a higher philosophy, ideal or point of view, a brand becomes one of action, engaged with consumers and culture. It’s the difference between a brand simply talking the talk and a brand demonstrating what it stands for by walking the walk. There are more than a handful of brands that take this purpose-based approach to define who they are as a company. The problem is, most do not express it outwardly. It’s left tucked away in a conference room or displayed on the walls inside the building. It is seldom executed as a creative platform to connect with consumers across all fronts.

This is a huge miss. Great potential lies in bringing that larger purpose to life as the face of the brand, not only with the messaging and content, but through real initiatives, which are crucial to bringing the brand out of the clouds and physically connecting it with consumers.

Several brands have done this very well. Nike, with its long-standing creative platform “Just do it,” by Wieden+Kennedy, embodies a higher meaning and invites action both in terms of what it stands for and through real, ongoing initiatives like R/GA’s Nike+ Fuel Band, a product that gauges your daily activity, no matter what it is, measures it toward your daily goal and compares it to others in the Nike+ community. It transformed everything we do into a sport and, in the process, connected millions of people to the brand by making them more active.

The Dove “Real Beauty” effort is another great example from Ogilvy. Its purpose was to challenge the skin-deep stereotypes set by the beauty industry. Dove discovered that only 2 percent of all women think they are beautiful, so they set out to change the way women view beauty and themselves with a number of provocative initiatives, including the hugely successful Real Beauty Sketches campaign.

The idea was a real demonstration involving a few real women, but it revealed a truth that resonated and connected with millions everywhere. And ever since Dove committed to its philosophy of widening views on beauty, it has seen a double-digit increase in sales.

Lastly, the work my firm, CP+B, did for American Express Open—a credit card targeted at small businesses—was built on the creative platform “Start Booming.” Its purpose was to help small companies succeed, and out of that came Small Business Saturday, a real initiative to make that happen.

Big box stores had Black Friday, and we thought independent business owners should have their own day too. So we created one with the rallying cry of “Shop Small.” Mayors and governors across America officially adopted the day. Consumers embraced it in a big way, too, pouring millions of dollars into small businesses over the most important shopping weekend of the year. Ultimately, over 100 million Americans “shopped small,” and Small Business Saturday cemented its place as a part of the holiday shopping season.

I believe this approach is the highest level of branding. When the entire brand can become tangible through a combination of the purpose it stands for and real initiatives that bring it to life, special things happen. The brand connects with people in a cycle of active engagement at the ground level. It begins to take on a life of its own, and dare I say… it becomes a movement. ca

Mark Taylor (marktaylor.tv) spent much of the past decade at Crispin Porter + Bogusky, where he helped develop some of the industry’s most iconic work for clients including IKEA, Burger King, MINI and American Express. He has received multiple “Best of Show” honors at the industry’s most prestigious award shows and in 2012 was named one of the top ten most-awarded creative directors by Creativity magazine. 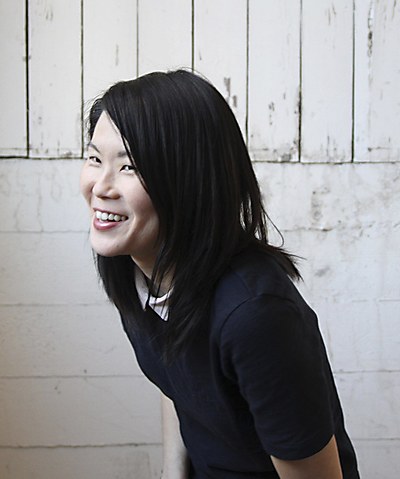 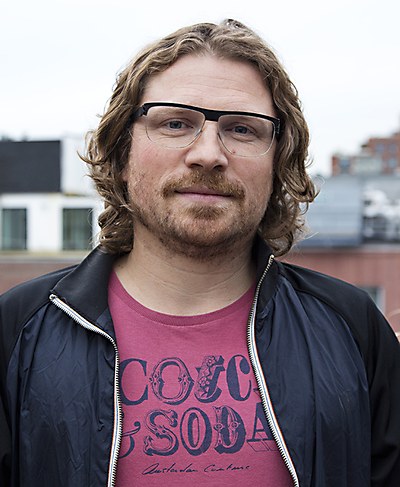