How did you discover your love of filmmaking? It started from simply watching as many films as I possibly could. I think every kid watches and appreciates the power and magic of movies. That, paired with how easy it is to learn the craft of filmmaking with all the tools available today. The internet, free editing software, powerful cameras on our cellphones—it’s just so accessible now. It has become easy to watch a film, get inspired, and go out and make a film with your friends. So, it was a mix of watching movies and having access to tools to make them.

How was your experience with learning to use photo- and video-editing software on your own? Do you have any resources you’d recommend for creatives looking to do the same? I used the OG Windows Movie Maker—the iMovie of yesterday—that we had on my parents’ old Dell laptop. I would force my younger brothers to be my actors, used a point-shoot camera and edited my films in Windows Movie Maker.

I learned a lot about the process from a YouTube channel called Film Riot. It’s very technical, so it teaches a lot about how to edit and do technical work. Similar channels helped fill in the gaps, but that channel specifically taught me how to make DIY dollies and sliders, which helped me make my films as cinematic as my young heart desired.

Eventually, I moved up to Final Cut, got some money and bought Premiere. Everyone uses those tools now. If I were talking to a student today, I’d tell them to buy a cheap camera, use a student subscription discount for Adobe and get Premiere. It’s so much more affordable today compared to only a couple of years ago.

What has it been like to work at production company Team Bubbly from an internship position up to associate producer? Team Bubbly is a great work environment with a very relaxed, supportive team. The company has kept me focused but let me do my own thing. It was my first job out of college, and I was very hungry to work on projects. I pestered Team Bubbly more, and slowly, the team began to trust my capabilities. Over time, I got bumped up to directing projects for them.

Tell us about your short film “Bruiser,” which has won you accolades from Aspenshorts, Sundance and SXSW. What inspired you to tell this story? “Bruiser” started with me looking at the “angry black man” narratives on fighting videos on sites like WorldStarHipHop, videos that used to go viral online. Examining that portrayal and Black masculinity, in general, transitioned into a story about fatherhood. I wanted to examine a story between father and son, particularly on how one father’s outburst affects his son and how that affects their already strained relationship. I tried to use framing, music and style to enhance the personal story between the two of them.

You’ve collaborated with musical artist Cakes Da Killa on both a music video for his song Luv Me Nots and a short autobiographical film quasi music video called “Visibility Sucks.” Did you find your process changing at all when filming music videos? Music videos are kind of interesting; if you find the right collaborators, they can end up being visually freeing for a director. They share the narrative aspects of short films but allow for artistic vision and creativity. In many ways, the script is the music, and the music itself is way less definitive than words on a page. It enables a deep exploration of how music and images can come together and create emotion in the absence of traditional characters or dialogue.

For “Luv Me Nots,” we basically ran around a bar in Bushwick with a camera, shooting anyone and everyone who looked interesting that walked in. It was loose and freeing in that way. “Visibility Sucks” was more complex since it was more about executing Cakes’s specific vision. The process was still loose, but there was a script, so the images were more tied to that. The music videos were interspersed in between the scripted parts, which developed into a hybrid of both narrative and music video.

While I can appreciate a good 20th-century Black historical drama (that Hollywood absolutely eats up), I think there is finally room for a new group of young Black filmmakers to come in and create a whole new visual language for African American cinema.

How did you adapt your creative process for your work with youth-focused nonprofit New Heights or apparel brand The Blonds? Did anything surprise you about these two projects? Interestingly, both New Heights and The Blonds had very little creative direction in mind, basically trusting me to go and make something without too much oversight.

New Heights essentially told me to make a film about the opening of its new basketball facility. In 2020, I wrote a treatment about the kid’s journey to the facility in a postpandemic world. Then, I went with a tiny crew and a couple of kids from the program and just had a blast shooting around Brooklyn. Fewer restrictions allowed for a project that contained a lot of joy.

The Blonds’s project was similar, with the client asking us to come to a runway show and shoot “something cool.” I added a wild voiceover and fun effects, going off what I thought The Blonds were from an outside perspective—which they loved. Again, free reign to creativity and less red tape can lead to incredible opportunities and work. For a company, maybe it’s riskier, but more often than not it leads to something exciting and worth watching.

A common theme in your narrative filmmaking is authentically representing the Black experience and dispelling stereotypes. Why do you think stereotypes are so prevalent in media, and what can be done to encourage more representation? On one hand, I love how many films these days are being made by Black filmmakers; at the same time, I also see films being made that have the same tropes we’ve seen for years. While I can appreciate a good 20th-century Black historical drama (that Hollywood absolutely eats up), I think there is finally room for a new group of young Black filmmakers to come in and create a whole new visual language for African American cinema. So many Black films are rooted in history—and often for good reason—but I’m also excited to see films about the present and the future of Black people in this country. What would that look like?

I’m working on a feature film right now born of a need to see more Black men with genuine flaws, trying hard to be good and fighting against terrible things in their lives. I want to show an array of Black folks who aren’t often shown: people who contradict themselves or lash out but who you still want to root for. There are specificities to being a Black man in the present day that I want to highlight.

Besides your camera and lighting, what creative tools could you not work without? They’re not tools per se, but I have to shout out the hard work and importance of actors! I discovered that working on a feature, too, especially for long-form content. Actors are the tool. In a short film, it’s as much about the mood and energy because it’s so short, and there may not be a lot of time for character work. With long-form content, you need the audience to latch onto characters, care for them and empathize with them. So, to me, they are the most important part of the process.

What resources do you turn to for inspiration? You can find a lot of inspiration in history. There are a lot of things that happen in real life that are stranger than fiction. Finding real people who are interesting and basing characters off of them, or finding real events for inspiration—not necessarily making a biopic or nonfiction film—but taking bits from history for a fiction work or for your creative elements. I’m actually doing that now for another project to help inform my characters. I’m tired of watching historical dramas but am not above using history to inform my characters and stories of the present day.

Do you have any advice for people just entering the field? Watch as many things as you can and go make as much work as you can. The only barrier to entry might be short films due to the expense. If you’re just starting out, make sure you love the medium and watch as many things in as many different formats as you can. Once you fall in love with the craft, it’s easy to make stuff. It should be natural.

Once you’ve done that, you can take bold risks, save money or crowdfund, and then make something bigger that can say more. Build those opportunities up. Even if you fail at first, you’ll realize you have to do it again because you can’t do anything else. ca

A native New Yorker, Miles Warren graduated from Wesleyan University with a degree in film studies. His first job was with New York City–based video production agency Team Bubbly where he started as an intern, which eventually led to an associate producer role. His burgeoning career has allowed him to take on projects for cutting-edge fashion designer The Blonds and New York City–based mentoring organization New Heights. Through his work, Miles strives to tell beautiful stories about Black people and characters. He is deeply passionate about telling the stories of multifaceted, flawed characters with powerful but challenging films about Black people and culture that accurately reflect their daily lives without leaning into stereotypes. He most recently accomplished this endeavor with the award-winning short film “Bruiser,” an exploration into toxic masculinity, violence and bullying and how this is passed from generation to generation. Additionally, he collaborated with musical artist Cakes Da Killa on “Visibility Sucks,” a twelve-minute short documenting the 9-to-5 trials of a struggling artist during the COVID-19 pandemic.

Columns / Advertising
You Call That An Idea? Let’s Settle This Once And For All.
Pitting the brain’s data against the heart’s imagination, Ernie Schenck gives words to an ad creative’s inner sparring match. 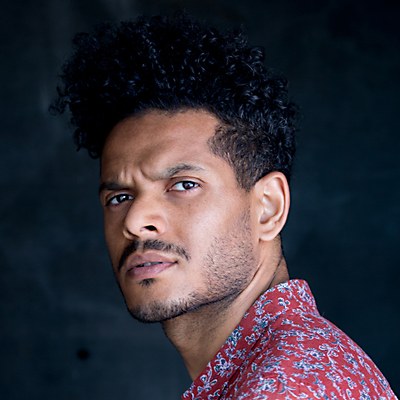 Columns / Insights
Respecting Your Vision
Barcelona-based illustrator and artist Chidy Wayne discusses how he bolstered his practice with authenticity and encourages others to do the same. 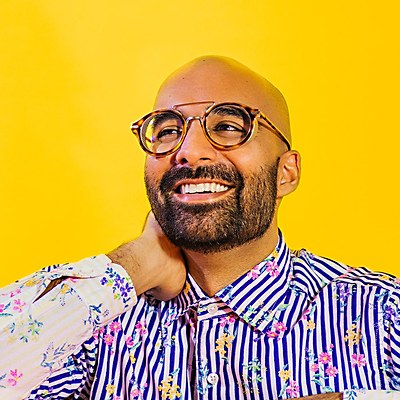