What's in Your Bucket?

A few years ago, Jack Nicholson and Morgan Freeman made a movie called The Bucket List. They play Edward Cole and Carter Chambers, two cancer patients who decide to break out of the hospital and run away on one last road trip to do the kinds of things most of us think about but never actually do. Jump out of a plane. Ride a bull. See the Grand Canyon. Jump a 1968 Shelby Mustang over a bridge like Nicholas Cage in Gone in 60 Seconds.

Recently, over at the TED group on LinkedIn, there it was again. Same question. “What Top Five things do you want to do on Earth, while you are still above it?” It got me thinking.

What about advertising people? What would be on our professional bucket list? How would we want to use our talents? Would we put them to other uses? Would we even want to use them at all, preferring to run as fast and as far away from this business as we could to do something more meaningful to us. Maybe drive an 18-wheeler or try out for the PGA? What would be our version of going over Niagara Falls in a barrel or spending a month on the International Space Station? What would be the top five must-dos on our bucket list?

To find out, I asked a few of you exactly that:
BooneOakley is one of the most lauded young agencies in America. And rightly so. The North Carolina shop has already enjoyed more success than most agencies its size will ever know. So what does cofounder David Oakley hope to accomplish while he’s still sitting up and taking nourishment? “I guess I’d like to impact someone’s life as positively as my mentors John Sweeney and Peter Coughter have impacted mine. I wouldn’t mind having dinner with Bill Clinton and telling him how psyched my dad was when Governor Clinton won the presidency in 1992. I know I’d like to become a better writer. And I sure wouldn’t mind knowing how 25 years in this business has seemed like 25 minutes.”

Scott Goodson, founder and chairman of StrawberryFrog, seemed to channel his inner Lee Clow when he said, “I’d love to build, nurture and grow a really long-term relationship with a client like Lee Clow and Steve Jobs have managed to build.” In Scott’s book, well, writing a book would be pretty great, something he’s already started. And if he could help create a movement that drives change in some positive and meaningful way, that would have to rank pretty high on his list, too.

The author of Fascinate and Radical Careering, Sally Hogshead is one of the most highly awarded creatives in advertising. “I’d create an underground speakeasy network where young women in advertising could come and learn how to stand up and stand out.” Big idea. Big aspiration. If anyone can make it happen, it’s Sally.

I loved what I heard from Roger Baldacci, ECD at Arnold Worldwide. “I wouldn’t mind leading an uprising against the insane concept of agencies being forced to do spec work for new business pitches.” As if that wouldn’t be enough of an accomplishment, Roger would also like to create an epic public service campaign that is so successful, it virtually eradicates the need for itself.

Here’s what Rick Boyko, director of VCU Brandcenter, had on his mind. “I’d open the business up to more minorities by creating programs aimed at high school students. I’d paint more. Learn to play a musical instrument maybe. And I’d definitely want to spend as much time with my family as I’ve spent on my career.”

David Lubars has had as exceptional a career in advertising as anyone I know. As I was going to deadline, David was on his way back from a business trip. Still, he did share with me one thing that he hopes to see happen in advertising before he rides off into the professional sunset. “I’d like to see advertising viewed by the general public as an honorable, ethical and beautifully creative profession, which it is when it’s done right.” Amen to that.

Me? Well, I always wanted to be on the creative team that conceives and designs a story-driven theme park attraction like The Wizarding World of Harry Potter or Men In Black. I’d like to write another book, this time about the war on creativity and innovation in America. And I would really love to be part of a presidential campaign where great creative actually meant something.

I hope you have ambitions beyond the corner office. I hope something is driving you besides the next Lion, the next Webby, the next Gold Pencil. It goes by in the blink of a humming-bird’s eye, this business. I hope you do things fierce and extraordinary and I hope you do them soon. ca

You’re the one crying you never took a shot. Here’s your chance.
—Edward Cole 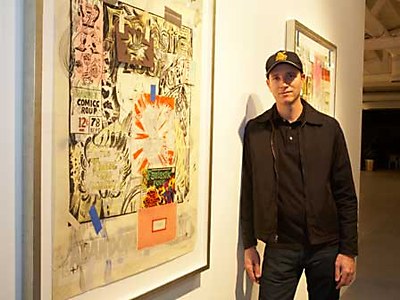 Columns / Insights
Memories from Childhood
Mark Todd comments on the flyers for his first business, his dad’s stories and how Star Wars influenced his childhood drawings. 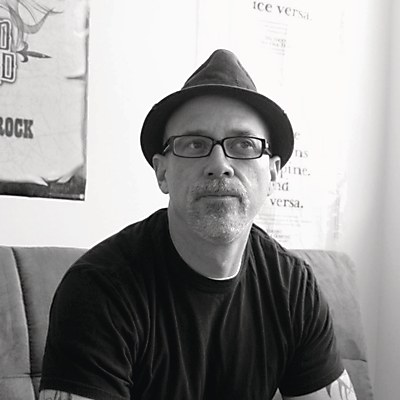 Columns / Insights
Blocks of Product-Related Poetry
Dave Smith discusses the creative benefit of being a workout junkie, his attachment to pop culture and the importance of telling stories.