Where Creatives Work, Culture is King

By Sam McMillan
Let’s take a moment to define culture. Anthropologists look at culture as a system of behaviors, values and shared beliefs. These learned behaviors provide, in the words of anthropologist Clyde Kluckhohn, author of Mirror for Man, “a set of techniques for adjusting to the external environment.” Ethnographers define culture as the common habits, customs and traditions that connect people together.

UNDERSTAND WHY CULTURE MATTERS
When it comes to producing great work within agencies, design firms and production houses, culture comes first. Work is an artifact of culture. An outcome. In the same way that weather makes snowflakes, culture makes work. It’s not the other way around.

So how do companies create culture? More important, how do companies transmit culture? Turns out that culture is viral. It is transmitted the same way influenza spreads: by infection. Culture is passed from one person who understands the core values of the company to another. Done right, viral transmission means employee number 37 knows what the core values are. And so do employees 370 and 3700.

“Get the culture right, [and] most of the other stuff—like delivering great customer service or building an enduring brand and business—will happen naturally.” That’s not the philosophy of a starry-eyed kid working in a San Francisco startup. It’s the true north of Tony Hsieh, the guy who sold Zappos to Amazon for $1.2 billion.

PUT THE CULT IN CULTURE
The transmission of culture is an exercise in collaborative mythmaking. In other words, companies must create a cult so cool that everyone wants to join it.

And who will do this? You. If you don’t take responsibility for creating your own culture at work, you’re going to leave culture up to the well-meaning folks in human resources. Before you know it, you’ll be doing trust exercises, falling backward, eyes shut, into the dubious embrace of the vice president of sales. Do nothing and culture will curdle. The best people leave, taking their ambitions, portfolios and bad memories with them. The complacent stay.

Here are some guidelines that can ensure you do the best work of your life at a place you’ll be glad to come to every day.

RECOGNIZE THAT CULTURE STARTS WITH YOU
To transmit culture virally within your agency, you’ll have to become patient zero. But in a good way. Start with your own work. Pin it up on your cubicle or office wall. Cover the space. Be loud and proud. You’ll be able to use it to spark a conversation about what’s working and what’s not. Then encourage others to do the same.

Stake a claim on a public office wall. Create a hall of fame for the best work your agency is doing. If you and your colleagues are not doing great work, then pin up examples of worthy work done by other firms. Set the bar high; choose great examples. Tell your team, “This is what we should be doing” and explain why.

If that doesn’t work, try the wall of shame. Pin up the worst examples of ads. The principle here is that manure makes great fertilizer. One in-house design agency used to post boneheaded ads under the banner: “Every time you make a bad ad, a unicorn dies.” Do this until someone tells you to stop.

START WITH YOUR COMPANY'S VALUES
Champion the mission. Be a host. Every frame matters. These are just three of the six company values at Airbnb, according to its art director Andrew Schapiro. “Every frame matters” is another way of saying sweat the details. Drawn from moviemaking, “every frame matters” is taken literally at Airbnb. When CEO Brian Chesky learned that Snow White was the first film to be storyboarded frame-by-frame, he went out and hired a former Pixar storyboard artist. The result is a journey through the Airbnb host and guest customer experience, one touch point at a time. Instead of a flow chart buried in a PowerPoint presentation, Airbnb-ers get a whimsical journey presented in framed storyboards. Displayed prominently in the Airbnb headquarters, the storyboards ensure that every employee is on the same page.

TELL YOUR STORY: TAKE OVER THE STATION
What’s one of the first things that happens during a coup? Revolutionaries take over the TV station. By controlling the means of communication as well as the content, designers can control the debate. And that’s a huge step toward influencing your company’s culture.

One of the goals of the internal Airbnb design team, Schapiro says, is to “tell the story of the brand to the employees.” At Airbnb that means telling the story of its hosts. Along one of the entryways to its corporate offices, where keyless doorways are emblazoned with “Champion the Mission,” a gallery of work by photographer Todd Selby documents the host experience in dozens of photos and drawings. Selby showed up as a guest in five Airbnb locations around the world, then did a deep dive into host culture. Selby followed his hosts to work, met their friends, drank in local bars—and shot it all. Other walls in the Airbnb office boast monumental four- by six-foot portraits of hosts along with captions that tell their personal story. “It’s about the experience of belonging,” Schapiro says. Quoting Maslow’s hierarchy of needs, Schapiro rattles off the needs for shelter, community and self-worth. Ultimately, he says, “the Airbnb culture comes down to making a human connection.” 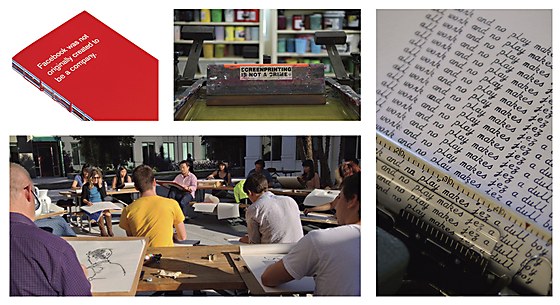 Each new hire at Facebook receives The Book of HACK, a collection of stories and images reflecting the company culture—one of many books and posters born from employees’ creative experimentation at the Facebook Analog Research Laboratory. Risograph printers, typewriters and screen-printing tools are offered there, and a monthly drawing meet-up called the Draw Club has staffers getting dirty with charcoal and newsprint.
LIVE YOUR VALUES, THEN DISPLAY THEM
As Pinterest brand manager, Everett Katigbak ensures that the core values and the narrative of the Pinterest brand are understood, adopted and spread by employees to its end users. The number one brand value, Katigbak says, is “Put pinners first.” One result is a two-story-tall mosaic that employees created at the center of the cafeteria. Composed of tiny headshots of individual Pinterest users, the mosaic isn’t just a cool piece of corporate art. Turns out the mosaic functions like a fundraising thermometer, depicting Pinterest’s rising growth rate in user-centric terms. As the mosaic works its way higher up the cafeteria wall, it’s a powerful reminder that Pinterest’s growth depends on its core value.

CROSS-TRAIN FOR SKILLS
When your design team cross-trains for skills, you’ll not only share skills, you’ll build camaraderie and spread culture. Designers, writers, art directors and marketers are creative to their cores. That’s why they are called creatives. To transmit that creative culture company-wide, start a weekly studio night session. Pinterest’s after-hours sessions have included bookbinding, fiction writing and code nights in which attendees learn to code an app in a night. Studio nights can be professional cross-training sessions, where copywriters learn Photoshop and designers are taught to code. But culture can really grow when creatives share their passions and teach their hobbies. And everyone in the company should be invited to join.

SET UP A PLAYGROUND WITH A PURPOSE
The Facebook Analog Research Laboratory is an in-house art and design studio boasting silkscreen stations, a dark room, wood type, a proof press, a sign-painting studio, a button maker and even two manual typewriters. It’s a playground with a purpose: to inspire creativity and amplify the Facebook culture. The lab provides the tools, the space to use them and classes that enable creative culture. Its silkscreened posters, created by lab staff and workshop participants, emblazon walls throughout the Facebook campus with the messages “Eventually everything connects,” “Nothing at Facebook is somebody else’s problem” and “Empathy. Have some.”

MAKE YOUR OWN EMPLOYEE HANDBOOK
Human resources has theirs. You should make yours. That’s what the team at the Facebook Analog Research Lab did. To commemorate one billion people using Facebook, the lab created The Book of HACK. The 100-page-plus “little red book” perfectly encapsulates the Facebook culture. Chockablock with statements like “Code wins arguments” and “Stay focused and keep shipping,” the book is a celebration of the hacker way.

With its exposed Smythe binding, The Book of HACK exemplifies an attitude that “where nothing is finished, nothing is over,” says Tim Belonax, the lab’s principal designer. The book is such an effective transmission of Facebook culture that when CEO Mark Zuckerberg saw it, he asked that it be given to every new hire.

DEVELOP YOUR OWN ONBOARDING STRATEGY
Don’t rely on human resource’s one-day onboarding process to convey your internal culture. Take a tip from Facebook and set up your own Design Officers’ Training Corps. At Facebook, incoming designers, researchers and content strategists spend two weeks immersed in Design Corps—the design team’s specialized course that teaches new hires about the tools, teams and methodologies of working within the design team at Facebook. “Design Corps is an example of how the culture here has reacted to scale,” says Belonax. “The program was started by designers because the team was getting so big that we needed to make sure that everyone was up to speed on our latest processes and software.”

Case in point: the “What would you do if you weren’t afraid?” poster—in 2011, it inspired Facebook employees to write their own answers to the question directly on the poster. The concept went viral when it got a shout-out from Sheryl Sandberg, Facebook’s chief operating officer, in her recent commencement speech to graduates of Barnard College. That slogan is now part of the culture at large, in the form of a movement designed to empower women, sponsored by Sandberg’s Lean In organization.

So what would you do if you weren’t afraid? It’s time to live out your own poster. Your company culture depends on it. ca 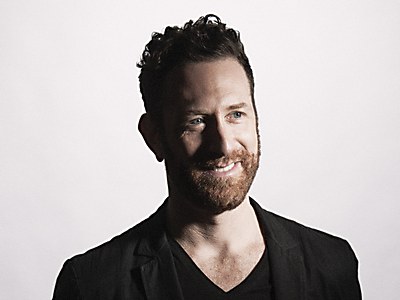 Columns / Insights
Beyond the Bells and Whistles
David Schwarz shares how to make hi-tech branding count. 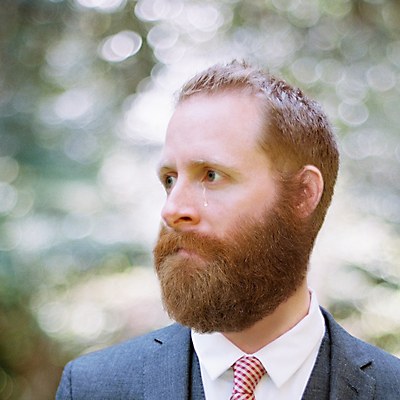 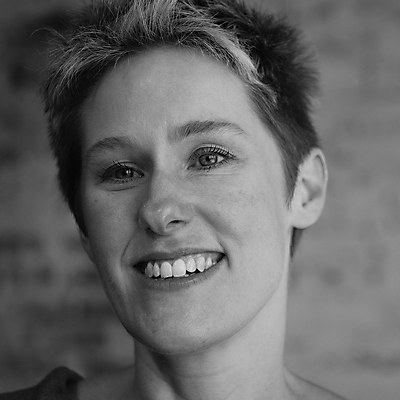