How did you get started in illustration? I was one of those kids who was always drawing at a young age. Art was just in my blood. But in Iceland, I didn’t see it as a profession. Graduating from art school was not the thing you did. So, I studied electronics and was desperately trying to be creative with that, but my math was terrible, so there wasn’t much of a future there. I realized that in the end, I’d go to art school. I did the foundation year part-time, over a couple of years, for graphic design and attended Central Saint Martins (CSM) in London. There, you can take classes in graphic design, advertising or illustration. CSM was really good in that way. They were very open. It was all about the thought process.

How has your experience as the creative director of clothing brand Beyond the Valley informed your work as an illustrator? Me and two other students at CSM set up a pop-up store after graduation. We hosted an exhibition based on what we had done at CSM and also sold products. That exhibition had a great reception. A year later, we opened up Beyond the Valley, through which we collaborated with more than 100 artists and designers and sold magazines, fashion, jewelry, ceramics and homeware. It was like a little museum of random stuff. People loved coming into the shop. We never made any money but it was amazing because it taught us how to collaborate with others and be in touch with many people. We did it for seven years.

At the same time, my work had started to get picked up. I got my first commission in illustration from Holland & Holland. They’re owned by Chanel, but they are a gun manufacturer. Not a traditional gun manufacturer; they create crazy ornate rifles that look more like sculptures. I created a mural for them. And then I did something for Żubrówka Vodka. These two assignments came exactly at the right time. Afterward, I set up on my own on the kitchen table and now it’s grown into a studio. There are about twelve of us here. It’s been a very interesting journey.

How does nature inspire you? In Iceland, it’s ingrained in you that nature is in charge and that it directs you in a way. And for me, doing geography at school and then looking outside and drawing maps were my favorite things. It’s art. When I look at nature, I see how the patterns fit, how the leaves fit and how the butterfly’s wings fit inside the map. I like seeing how all of these layers naturally fit together. In the beginning, I wouldn’t use anything human in my art. My total obsession was with nature and working with maps. But I was always looking at rivers and the streams, and they eventually started to look like pulsing human lungs and veins. It’s interesting what nature has opened up along the way.

How has your layered, collage style evolved? At first, I did screen printing, which I loved. When I was at CSM, I completed a fashion internship, and even then, I was using screen printings. I would make beautiful roses and flowers, clean the screens and then use them to create different moods and layers. Screen prints are very textural and great for storytelling. Then while I was working at Beyond the Valley, my illustrations became more narrative, and a gallery picked them up. My journey has gone from screen printing to fashion to becoming a story of its own. My head’s very practical, and that led the way, and the other kind of thinking followed. I wouldn’t have started out thinking that I’m a true artist. Even saying that out loud now is difficult.

My journey has gone from screen printing to fashion to becoming a story of its own.”

What was it like creating the illustrations for the book that accompanies the upcoming Alice: Curiouser and Curiouser exhibit at the Victoria and Albert Museum? The curation team was so amazing. I was working with the people who were putting together the whole exhibition, and I think they had already been working on it for a full year, looking at Alice through silent films, politics, fashion, theater and feminism. It’s amazing how people keep coming back to her. My studio’s job was to tell that story of Alice’s journey through illustrations. In one section of the book, we featured Cecil Hepworth and Percy Stow’s 1903 silent film adaptation of Alice in Wonderland, and the nineteenth-century paper peep shows that were popular during that time. Then, another section shows the concept art from the 1951 Disney animated film with the mushrooms, the hookah and the bright colors.

With many different portrayals of Alice in Wonderland, what were the challenges of making your own interpretation of the story stand out? People have this view of Alice as a Disneyesque princess with long, blond hair. But Alice Liddell, the young girl who novelist Lewis Carroll based his protagonist on, actually had a dark-haired bob and was one of three sisters. We wanted to create an authentic version of her. But it was difficult since we were working with collage and Victorian engravings. The illustrations in the book have the same features and the bob, but if you look closely at Alice’s faces, you can see that they’re not all the same girl.

Drawing and making human faces are hard. When you’re drawing an animal, you can easily work with the line of their head or their eyes. But we are so familiar with human expressions that if you change something too much, it feels off. For the Mad Hatter, we found a fantastic illustration of a man with dark curly hair, and we found an amazing hat. To make him “mad,” we slightly turned his eyes. But to create the feeling of yearning or surprise for a young girl like Alice, we had to carefully tweak her face to capture the right emotion. It’s so slight. Sometimes you just can’t get the face right and the person looks a bit wrong, but you can’t quite tell why. Even if you have the eyes right, drawing the face is still so nuanced. Luckily, for Alice, we found different little faces, hairstyles and expressions in our research, which we used to illustrate her.

How did you come up with the album cover artwork for Coldplay’s live album A Head Full of Dreams: Live in Buenos Aires/Live in São Paulo? I worked with manager Phil Harvey, who’s like the fifth member of Coldplay. He’s been with them since they were eighteen. He does all the creative direction. He had my artwork up in his house, so lead singer Chris Martin had been walking past it and said that he wanted something like my artwork on an album cover one day. So, I had been in the loop for ages, but it never quite worked out. Even with this project, they were changing their minds about whether they were going to use the illustration until the end.

The process with them was much like how I normally work: going into their history and looking at their whole story. With them, I saw the Earth, the seasons, the day, the night, the water, the sun and the moon. If you look closely at the heart of the butterfly in the artwork, it has the piano that goes with them on their tours around the world. I also wanted to fit the band members in the artwork as characters, so you can see them as monkeys on the swing. The album cover also included Malala Yousafzai and Muhammad Ali, and many different things that inspired the band members.

Which illustrators do you most admire? Visual artist Shantell Martin, who attended college with me and is a good friend. She was the one we were the proudest of at school. I really love her ballsiness and how she’s communicating with the world. I love when people are open and giving about art, and she’s just an all-around lovely human being. Another one is Grayson Perry, a fine artist who works in sculpture and pottery. His pots are famous and he creates these dramatic tapestries. He’s also a great educator and inclusive thinker and that’s what’s really appealing to me. And Andy Warhol. I loved reading his biography and looking at his shoe illustrations and screen prints. He was fearless, productive and a unique character.

What advice would you give to someone interested in creating collage art? The advice I give to everyone creating art is to have more than that one piece of paper. People often conform to just that little piece of paper. Just give yourself one extra thing to work on. You could make it A3 or have a little stack of A4 photocopy paper. Don’t be worried about them. Just be fearless and give yourself some more space. If you’re drawing vaguely and you have a piece of A4 paper, you can glue the other pieces around it. You can always scan the papers in, take the focus of the piece in and then take it back out again.

Iceland-born artist Kristjana S. Williams studied graphic design and illustration at Central Saint Martins and gained critical acclaim as the creative director of fashion label Beyond the Valley. In 2011, she began creating fine art pieces, illustrating books and designing items for interiors. Her designs are inspired by nature and her technique involves digitally and physically layering nature to mirror the symmetry in all living things. Williams has won numerous awards including a D&AD, a Clio and the first prize at the New York Festivals Grand Prix. Her work can be found at the Victoria and Albert Museum, Penhaligon’s and various galleries and hotels. She is currently based in London, United Kingdom. 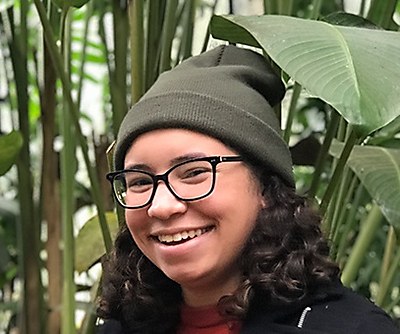 Columns / Insights
Building Community
Designer Rebecca Brooker reflects on how cofounding a community for LGBTQ+ designers has helped her with her own practice and life.

Columns / Business
Black Creatives on Navigating Racism in the Workplace
Lauren McEwen asks Black creative leaders to share their advice to the next generation on navigating workplace racism. 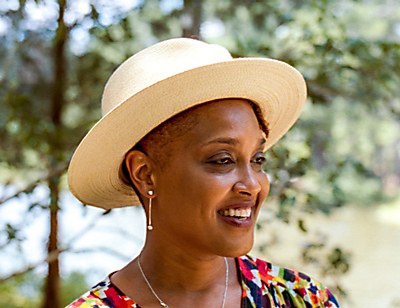