A few years ago, I attended a lecture given by the CEO of a software company, and I’ve never forgotten it. His topic was competition in Silicon Valley, and he described deals that he had negotiated with other firms. He said that whenever he was in a competitive situation, he tried to figure out a way for both sides to benefit. “I look for the win-win,” he said. This sounded good, and I remember people in the room nodding. “Then,” he continued, “I try to look beyond that.” Along with the effects of the mutual wins, the ultimate goal should include the people who would be using the product. He said, “It’s not a win unless they win, too.”

In other words: win-win, plus win.

Competition is ubiquitous in our society. When you think about it, almost everything is a competition. It can be mundane—one subway rider competes with another for a seat on a crowded train. It can advance a career—creative professionals vie for inclusion in the magazine you are reading right now. Or it can shape a life— two divorcing parents battle for custody of a child.

My problem with competition is when its end goal is to identify the winner and the loser. I prefer the recommendation of the CEO: rather than looking at a competition as a single, limited event between adversaries, focus instead on its ramifications, its influence on others and its (hopefully positive) long-term results.

Competition is ubiquitous in our society.”

One of the best examples of this perspective is the play What the Constitution Means to Me by Heidi Schreck. I went with three friends to see it during its Broadway run, coincidentally close to Independence Day.

The production follows the evolution of Ms. Schreck’s relationship with the US Constitution. When she was fifteen years old, she participated in Constitutional debate competitions across the country to earn money for her college tuition. In the play, she recounts those experiences, and then moves on, investigating the ways the document has affected the lives of four generations of women in her family.

Each night at the end of the show, there is a parliamentary-style debate between Ms. Schreck and a real New York City high school debate champion. (Rosdely Ciprian, fourteen, and Thursday Williams,  eighteen, alternate performances.) The question is this: “Should we keep the Constitution, or scrap it and start over?” A toss of a coin determines who takes which side, and a member of the audience is chosen at random to judge. On the night I saw the play, Ms. Williams was the guest debater, and had the position of arguing to keep the Constitution. She was brilliant, and the “judge” deemed her the winner.

The body needs to work for, not against, itself. For the whole body to win, all the parts need to function in support of each other.”

It took a while for the theater to clear out, partly because everyone was given a pocket-sized copy of the Constitution. As I dog-eared pages, I noticed that other people in the audience were doing the same.

When we were finally out on the street, my friends and I went to the bar at the nearby Algonquin Hotel to debrief. We talked about our own lives in relation to the Constitutional amendments, and how our opinions varied depending on current events or who was affected. We acknowledged that we didn’t care who—Ms. Schreck or Ms. Williams—had won the debate. Instead, what mattered was that we were encouraged to ponder topics that we cared deeply about, in ways we had never discussed before.

Jesse Green, in his New York Times review, wrote: “[What the Constitution Means to Me is] an instance of theatrical activism at its purest, modeling the world the play hopes to achieve: one in which even first principles are open to vigorous, orderly debate, and in which all stakeholders, not just powerful ones, are invited to the podium.”

After watching a recent presidential debate with a friend, I worried about the year 2020, and all the unproductive competitiveness that will ensue. Then, in what seemed like a non sequitur, I told her that I had taken a fall and injured my rotator cuff. Now my right arm cannot do what my left arm can. When I get discouraged with my physical therapy exercises, I think of one side of my body as the winner, the other as the loser.

I said, “I know there’s a connection to the debates, but I’m not sure what it is.” My friend replied, “I can tell you. The body needs to work for, not against, itself. For the whole body to win, all the parts need to function in support of each other. The same is true—or should be true—of our country.” ca 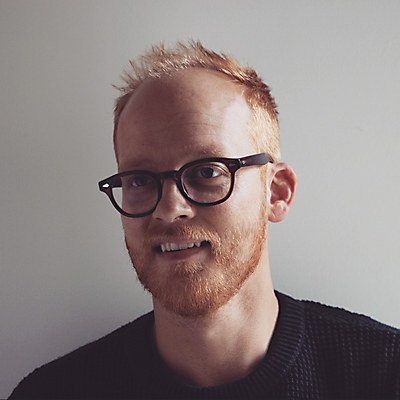 Columns / Insights
An Honest Film Language
Whether it’s for a commercial or a feature, Cole Webley takes a minimalist approach to powerful filmmaking. 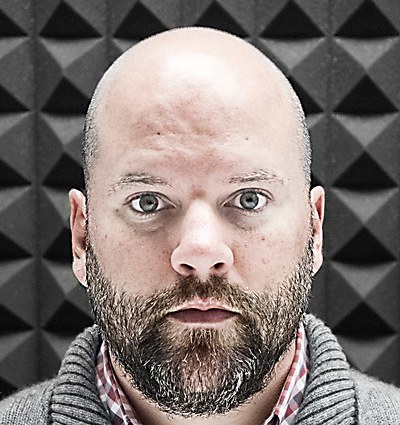 Columns / Insights
Truth to Fun
From Super Bowl commercials to Popeyes tweets, Tom Hamling taps into the power of understanding who the audience is.