You Can't Influence People If You Live in a Vacuum

You can't influence people if you live in a vacuum, by RitaSue Siegel.

Recently I went to a Pratt Institute class reunion as proxy for Richard C. Siegel, an advertising design major and my deceased first husband. I was invited because an organizer mistakenly assumed I was in the class. As soon as I heard who might be attending, people Richard really liked and talked a lot about, I accepted. I love reunions; I love seeing old friends and acquaintances. This particular reunion was deeply affecting due to the strong testimonials each made describing the value of their Pratt experience to their lives and careers. Most were positively passionate about their education. They talked about individual teachers, what they learned from them and how their encouragement was so important. I was stunned at how fresh their memories were, as if what they were describing happened yesterday. (These alums had left Pratt in 1960.)

It struck me as I was sitting there what a profound influence my Pratt industrial design education has had on my life, and hearing similar stories from graduates of other departments astonished me. (Silly me; I thought our department was unique.) About half the alums who spoke that day are still working in their original or related fields—architecture, fashion, industrial design, library science, art or design. Some are teaching, some had retired, but most are active. (I guess the unsatisfied customers stayed home.)

Here are the stories of three alums:

RON TRAVISANOIn 1960, right out-of-the-gate, Ron Travisano got a job in the mat room of Young & Rubicam. That was a coveted spot. Don’t laugh; cutting mat boards for comps in a famous agency began many an enviable career. Within two years Travisano was an assistant art director; moved on for two years as art director at McCann Marshalk, then a year as advertising supervisor at Delehanty Kurnit & Geller and finally, art supervisor at Ted Bates. After just seven years in the business, Travisano founded Della Femina, Travisano & Partners, with Jerry Della Femina, a copywriter he met at DKG. Ron was 29; Jerry, 30. In two years, billings were $20 million. I recently told this story to a 34-year-old and she’d never heard of the agency or either man. (Ad agency execs used to be stars,1 but that was before her time.) She probably never saw the commercial for Meow Mix, which brought happiness to millions and was chosen as one of the 100 best commercials ever. It's an important piece of American culture; Travisano created, wrote and directed it. He directed the Lying Joe Isuzu commercials and won fifteen Clios and several One Show gold and silver awards while at the agency. He was part of the 1984 team creating the campaign to elect Ronald Reagan, chosen “100 best ever.”

Next Travisano became a successful film director, winning the Gold and Silver Lions at Cannes for commercials like “The Bullet.” He retired in 2001, writes screenplays, plays the piano, cooks, paints and has taught advertising at Pratt for the last seven years.

Travisano tries to “emulate and feed” his students as his teacher Herschel Levit did. He says Levit changed his life: “Opening my eyes to the world of music, playing records in class, creativity, the ballet, painting; showing us photos of Italy, etc.” Some students complained and tried to get him fired, saying “We didn’t sign up for art appreciation, we came here to study advertising,” but Travisano, Marshall Arisman and Santo Cambarrari went to the Dean’s office to counter the complaints.

Levit’s Art Directors Club Hall of Fame bio states: “Herschel Levit was more than merely an instructor. He was an artist, a designer, a photographer, a writer and a prophet. A true Renaissance man in 20th century clothing, he believed in a working knowledge of all aesthetic and classical disciplines in order to be a successful designer. ‘You can’t influence people if you live in a vacuum,’ Levit once remarked. His prolific professional design career closely paralleled his teaching career. The constant high level of professionalism he demanded of himself was also expected of his students. He was by no means an ‘easy’ teacher. Levit figuratively threw the books at them! He insisted upon total commitment and most students, hanging on his every word, gave it to him.”

At the end of each semester, Travisano tells his students, "There were two classes going on at once; me teaching you and you teaching me."

BARBARA NESSIMIn 1960 Barbara Nessim graduated from the graphic arts and illustration department, influenced by teachers Richard Lindner and Walter Murch. Also an early success, after a year or two of freelancing she became one of her generation's most successful female freelance illustrators. Throughout her career, she has taught and exhibited work in solo and group shows. Her work is so familiar; it’s difficult to imagine the visual environment without it.

Nessim began using computers in the 1980s. She couldn’t find information about computers in art; and there were hardly any computers in New York. She went to Siggraph, which few had heard of. When she began reading computer magazines, she could only understand the ads. The Council for the Arts at MIT was looking for artists to work with computers, and invited her up, but she could not move to Boston. Coincidently, TVIS (Time Video Information Service, a precursor of the Internet) asked her to be an artist in residence in their computer enclave on the 50th floor. They let her teach herself to use their computers from 5 P.M. to 9 A.M., while they provided information—e-mail, games, etc.—to 800 free set-top boxes in Florida. She went through manuals page by page, reading something and trying it. She invited other artists to work with her, but they were not interested in rocking their boat. TVIS closed the service in 1983. Nessim took the story of what she’d done to Adweek, U&lc and Germany's New York Times equivalent the Frankfurter Allgemeine magazine; all wrote features [see www.barbaranessim.com].

In 1992, Nessim was 52. She had an excellent reputation in illustration, art, computer art and teaching when Parsons School of Design invited her to chair the Illustration Department. She accepted confidently, the way she does everything, although she had no full-time job experience, none with institutional politics and had never run anything (except her studio). Her stipulation: “Don’t hire me unless you buy computers; I don’t want to work in a school that’s going to fail.” (Illustration students were not allowed in the computer lab for graphic design students.)

At a party in the second semester, Parsons’s president asked her how things were going. “Not too well,” she answered. “We still don't have computers. You won’t have an art school if you don’t get computers.” She showed him the New York Times Sunday Employment Section, with all jobs for artists and designers that required computer skills marked in red, and in green for those that did not. The result was a few specks of green in a sea of red. “If you have a kid,” she continued, “would you pay $90,000 (tuition at the time) to an art school with computers or an art school without them?” She thinks her age helped convince him to make the decision to invest in computers for the entire school.

When Parsons later decided to open a digital design department, they moved her teachers into it, and the students were furious. She believed in integrating departments and sharing. Nessim left Parsons in 2004, “For time to do whatever I want, whenever I want and to live one day at a time.” Currently she is producing large-scale works of art for the interiors of buildings (one piece is two stories high). She loves taking risks and trying new things. Her experience provides her with the confidence to do any job she is given. She was never one to predict, and says, “If you take care of today, tomorrow will take care of itself.”

NANCY GROSSMANArtist Nancy Grossman graduated in 1962 but came to the reunion to see her friends, including Barbara and me. Grossman “studied like a dog,” to get a New York State Regents Scholarship to come to Pratt “to make pictures.” Pratt was highly rated and looked like a secure place to hide out. She desperately wanted to get away from life in rural Oneonta, New York.

Grossman had never heard of anyone being an artist. She met her mentor and teacher Richard Lindner in her second year. He went to her apartment because her paintings were too large for her to carry, looked at the work and said, “Stop school right now and just paint.” That’s when she knew what she wanted to do, and has been irrepressible since. (Anticipating her father’s negative reaction, she didn’t drop out.)

Upon graduation, Grossman won the Ida C. Haskell Award for Foreign Travel from Pratt, and three years later, a Guggenheim Fellowship, “awarded to those who have already demonstrated exceptional creative ability in the arts.”

Although unassuming, very funny and smart, Grossman is an amazing, highly regarded artist working in painting, assemblage (often cloth and leather) and sculpture in a signature style. Her work is in many museums and collections. She draws beautifully and once illustrated children’s books, but preferred part-time jobs like painting apartments and cleaning because she was deeply engaged in making art. For many years she lived in a storefront on Elizabeth Street on the Lower East Side. According to art critic Rober C. Morgan, Grossman is “obsessed enough with what she is obsessed with,” and rarely stops working. How would a full-time artist survive without obsession?

Grossman is keyed into her “true energy and true sense of self, a well that interests and excites her.” Other people may do what’s prescribed for obvious rewards, but her rewards are internal. She says that after all these years, going into the studio is still painful and a struggle, and strange and exciting.

Feeling the excitement of learning more about these people I wondered, if, in 50 years, will students studying art and design now have similar passion for their teachers and their work? Unlike today, getting a good first job then was not a problem. Advertising agencies, graphic design firms, publishing companies and all kinds of businesses used to hire one-to-two new grads every year. Those were the days when a teacher could answer your question with, “Don’t worry; you’ll learn that on the job.”

Today, it is difficult to find a job without experience. In retrospect, is what so many alums from 1960 accomplished without experience remarkable? Was their motivation responsible; was it just dumb luck? Or something else? ca

Notes
1. “Ad agencies with the greatest clout (such as Della Femina, Travisano and Partners) were the ‘Dream Teams.’ The ad agency was the message, the medium was a mere transport mechanism and the content just a conduit to the audience. Everyone bowed to the kings and queens of advertising.” Video Age International, by Dom Seraphim, July 1, 2005. 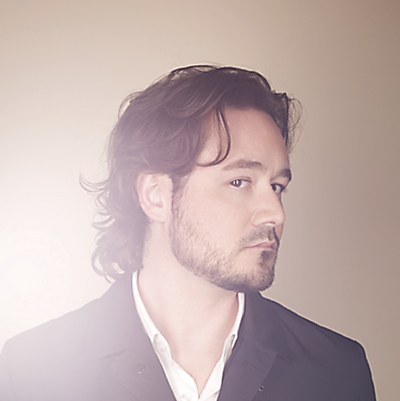 Columns / Insights
Being Original Isn't Easy
Jake Lefebure comments on the value of NPR, his ability to blend work and life, and the benefit of being married to a designer. 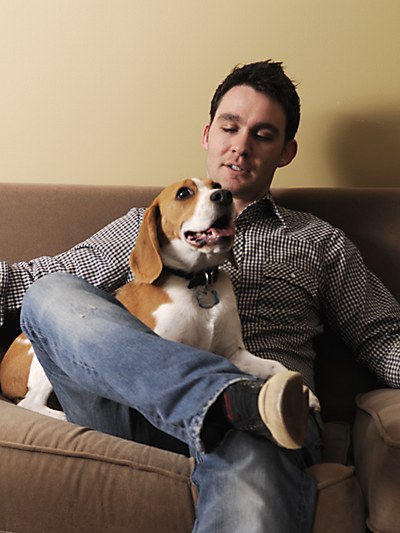