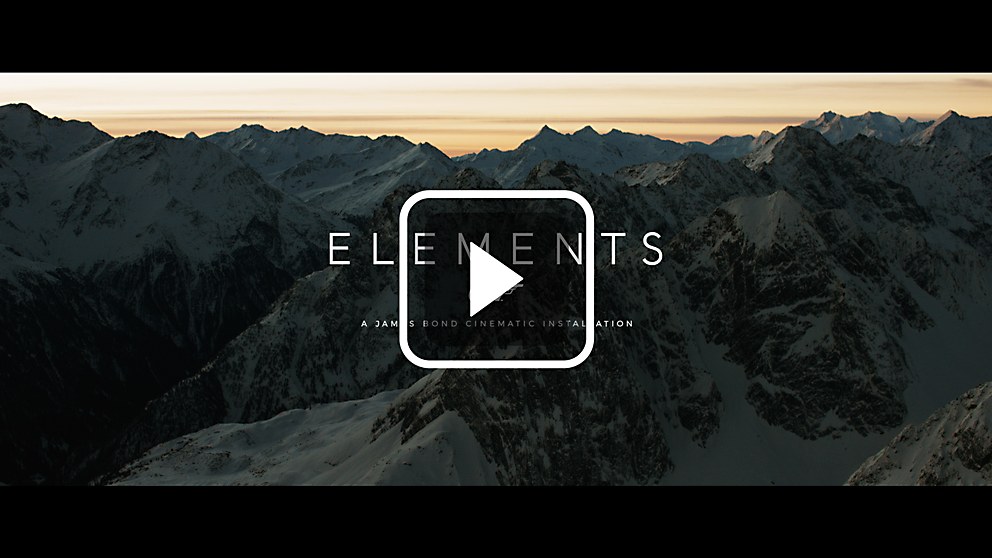 Taking to the mountains of Sölden, Austria, this cinematic installation presents the legacy and origins of James Bond, the world’s greatest spy.

Background: Working with EON Productions and Metro-Goldwyn-Mayer Studios, who jointly own the rights to the films, Optimist Inc. and mountain cable car Bergbahnen Sölden, in Sölden, Austria, we wanted to tell a narrative that presents the audience with the origins of James Bond, the 007 movie series and the legacy it has created—all wrapped up in an authentic and unique experiential format.

Reasoning: The final creation had to feel authentic to 007, and remain faithful and true to the 007 world. Everything we created needed to be carefully considered in terms of aesthetic and tone so that it could sit effortlessly within the 007 movie universe. The archive material was respected fabric for us to weave around.

Challenges: We had to work with pioneering presentation techniques and the physicality of delivering content to be installed on top of the Alps. Choosing just the right piece of archive content to visualize our narrative in the films was challenging, as there was such a rich abundance of amazing material to work with; each clip was an important piece of cinematic heritage.

Visual influences: Architectural drawings, minimal and bold infographic design and elements from landscape and contour maps. Amongst our design style inspirations were Swiss Typography, Bauhaus, clean Scandinavian design, as well as influences from graphic designers such as Dieter Rams, Paul Rand and Erik Spiekermann. We took some of these influences and tried to tie that into the existing Bond universe and style.

Favorite details: Building the on-set locations, like Blofeld’s volcano lair, in 3-D from scratch, without any actual blueprints or measurements to go on. We aimed to develop a minimal yet bold graphic design in monochrome tones that would be at the foundation of all elements in the project. We also liked creating sophisticated design that feels technological with as few elements as possible, while making it work in a motion piece.

Specific demands: It was our biggest point to get the best information we could from the sheer amount of footage on Bond over the past several decades to fit the brief. We also had to come up with a solution to show eight locations around Austria in a short amount of time and how these connected to make the chase sequence for Spectre. 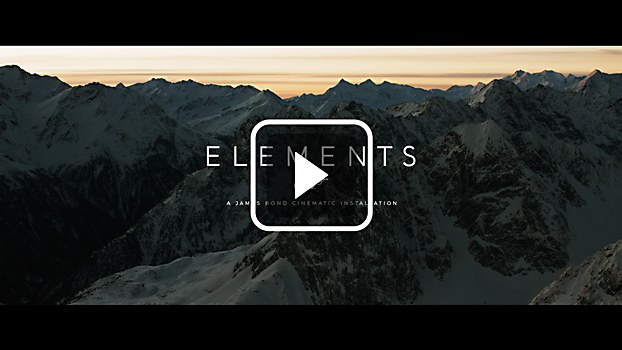 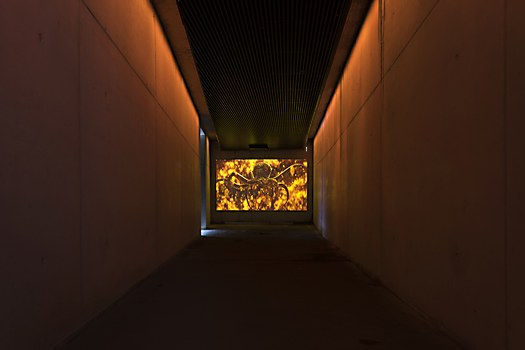 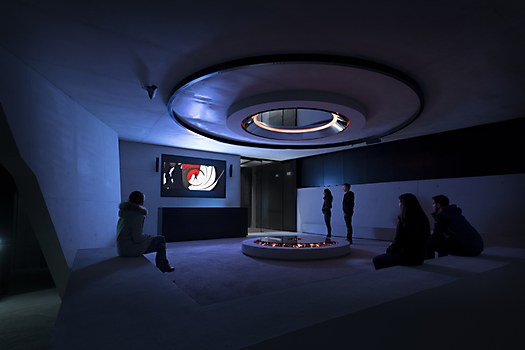 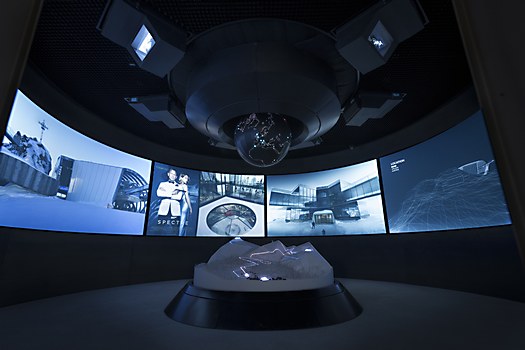 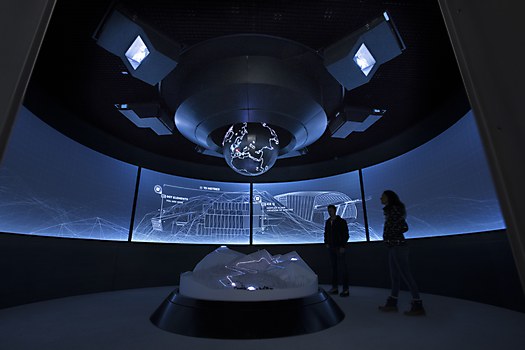 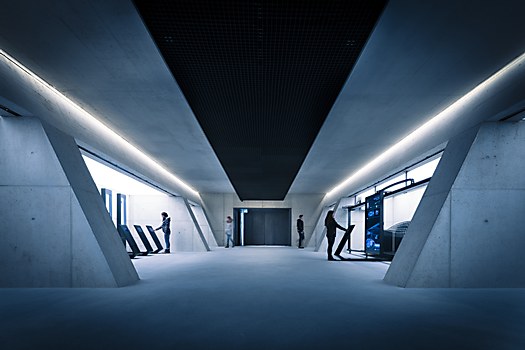 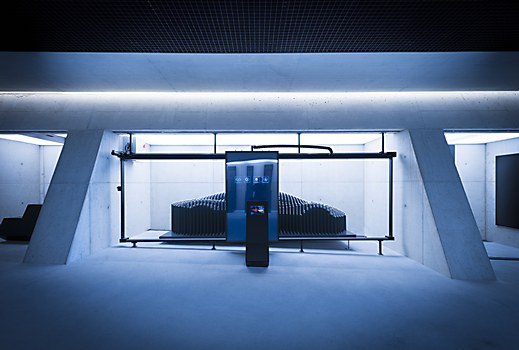 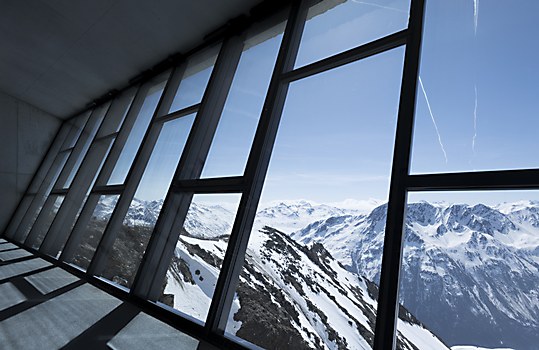 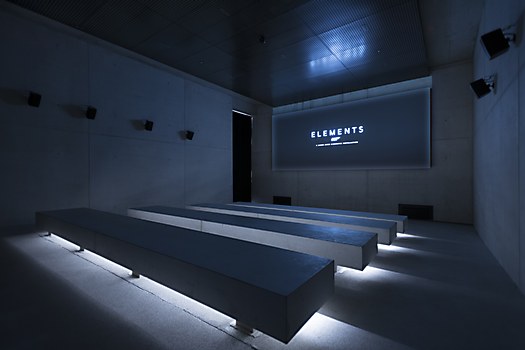 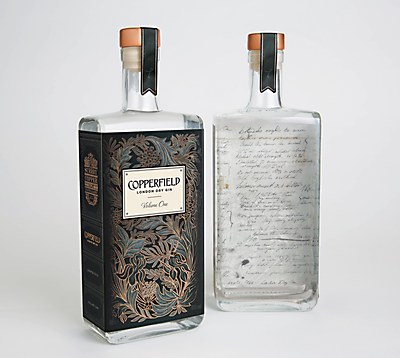 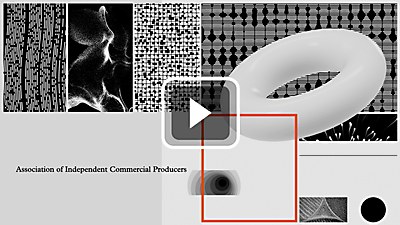 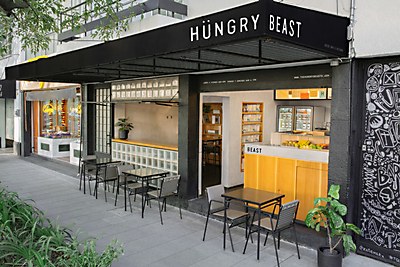