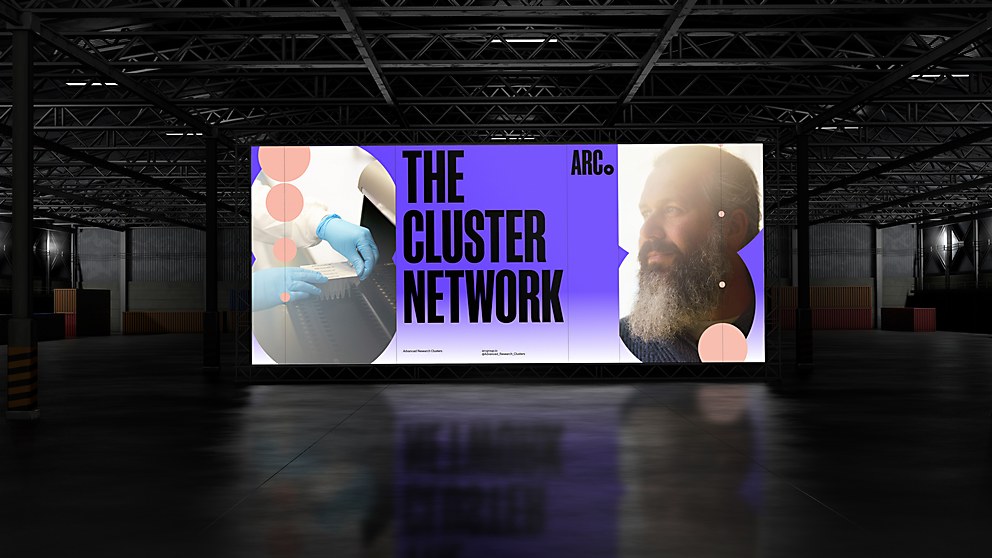 DNCO draws inspiration from graph theory and plus codes to create a data-related identity system for this science and innovation park.

Background: “In a world of ‘drive in, drive out’ business parks, our client’s ambition was to do something different: to build the world’s leading network of science and innovation clusters, places where innovative businesses can gather and establish themselves with the support of a powerful commercial partner,” says Patrick Eley. “Advanced Research Clusters (ARC) needed a name and driving purpose to convince a skeptical science audience and an identity to set them apart from the competition and expand as its business grows across Britain and Europe.”

Design thinking: “We started by exploring the world of science-park branding to create a solution that sat comfortably within that landscape but also felt utterly distinct, memorable and specific,” says Sam Jones. “The ARC name gave us a great starting point, but visually, the concepts around ‘arcs’ led down obvious and well-trodden paths. It was when we began to explore ideas around clustering and geography that we uncovered new territories.

“We discovered that everywhere in the world has a place-specific signature called a ‘plus code’ and found a way of turning these signatures into unique patterns using binary,” Jones continues. “These were used to create visual addresses that could work as identities for each cluster. When layered on top of each other, these subbrands create a singular, circular ARC identity—the node—that represents the assembled strength of all the different campuses within the network. Combining the graphic elements with opinionated, condensed typography, the identity reflects the power of the cluster ecosystem where businesses gain strength from each other. As places where ideas are in perpetual motion, we pushed type off the edges of the page and screen to echo that energy and the continual advancement of knowledge.”

Challenges: “Ensuring that our tone of voice matched the ambition and aspirations of ARC’s customer base, but without patronizing or overreaching,” Eley says. “Scientists are notoriously skeptical of unjustifiable claims—it goes with the territory. So, we had to tread a careful line between compelling and practical and uplifting and down-to-earth. From a graphic design perspective, the identity had to reflect the brand narrative and convey intelligence and intrigue—without being incomprehensible. The coded nature of the cluster identities appealed both to us as designers and to the scientific audience we needed to attract.”

Favorite details: “The plus codes are a beautifully elegant solution that combines the uniqueness of geography with a stark, recognizable visual aesthetic,” says Eley. “We engineered a publicly available tool to create these identities. The interface enables users to pan gracefully across the Earth’s surface or search for a place directly via name or address; the tool generates cluster codes on the fly and makes them downloadable as an SVG. Generative and dynamic brand identities are an intriguing area of design, but they can be gimmicky and hard to use; it was good to make something that had a real-world application.

“Another element we’re proud of is the creation of meaningful content,” Eley adds, “magazines and films that aren’t merely puff pieces but add to the debate around the ideas and value of clustering, the science ecosystem, and the work by companies on the ground.”

New lessons: “When we researched the ideas around plus codes, we discovered the work of Norman Woodland and Bernard Silver, who, in 1948, tackled the inventory management and customer check-out problems in the supermarket industry,” Jones says. “In an inspired moment, they developed barcodes from Morse code. Woodland formed his first barcode in the sand at the beach, saying, ‘I just extended the dots and dashes downwards and made narrow lines and wide lines out of them.’ We love how looking at something from a different perspective can reveal an entirely new way of working.”

Visual influences: “We wanted to position ARC within the science and tech community while avoiding obvious tropes of other brands in the sector,” Jones explains. “We steered away from anything that felt overtly biological or microscopic and [instead found inspiration in] graph theory: mathematical structures that represent relationships between objects. It perfectly echoed clustering and enabled us to create a layout framework of structural graphic components called ‘edges’ and ‘nodes’ to hold content.” 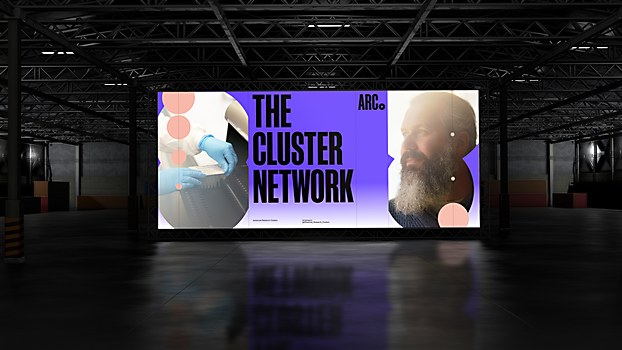 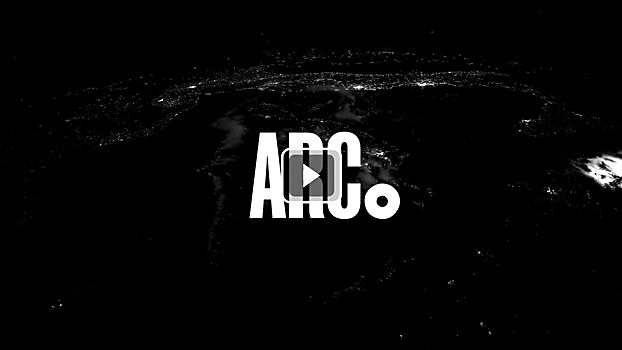 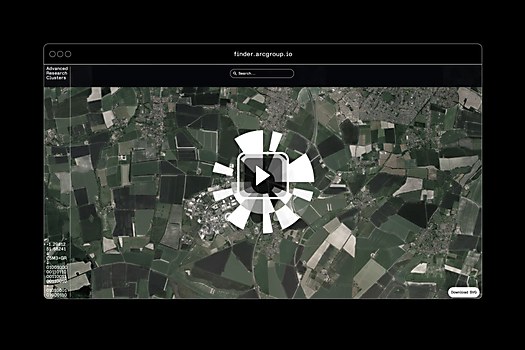 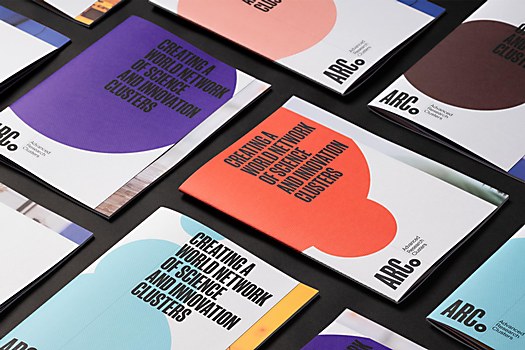 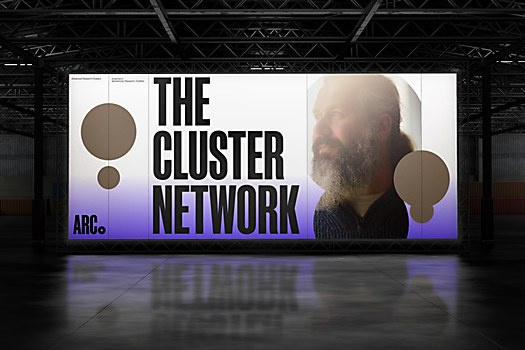 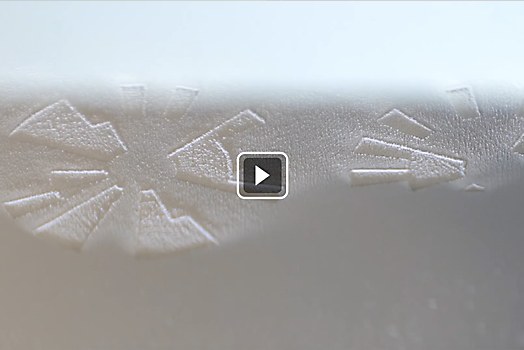 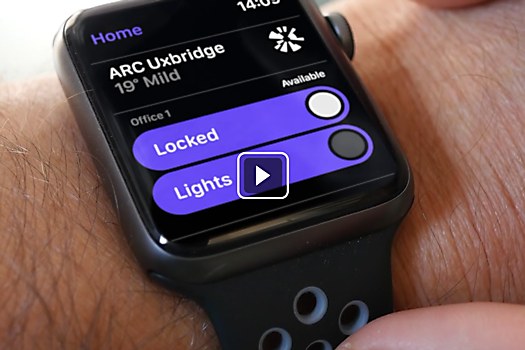 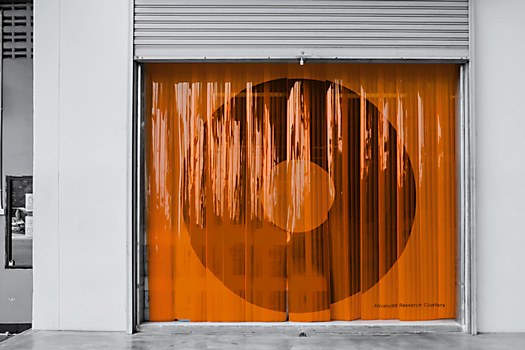 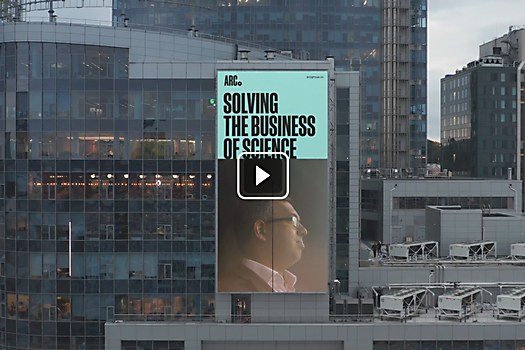 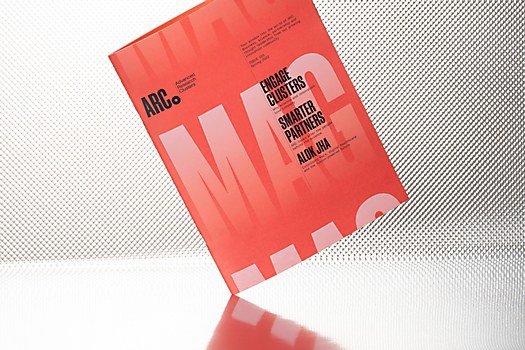 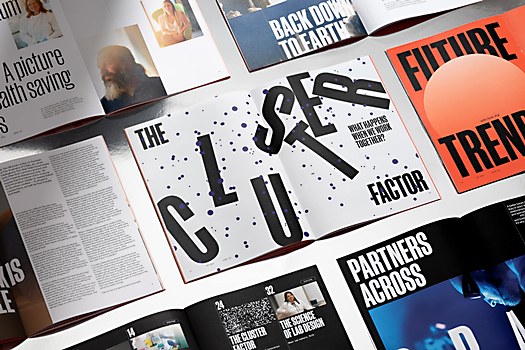 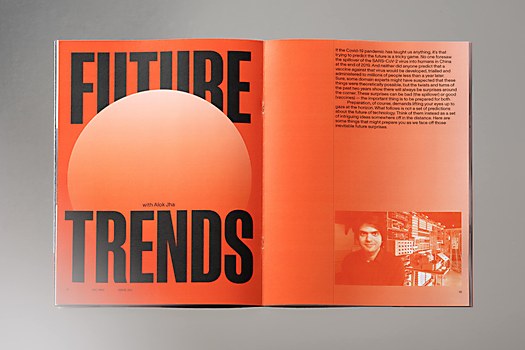 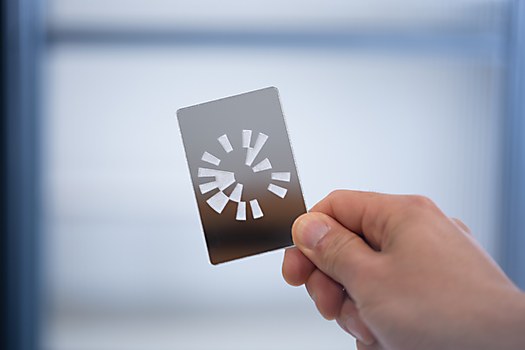 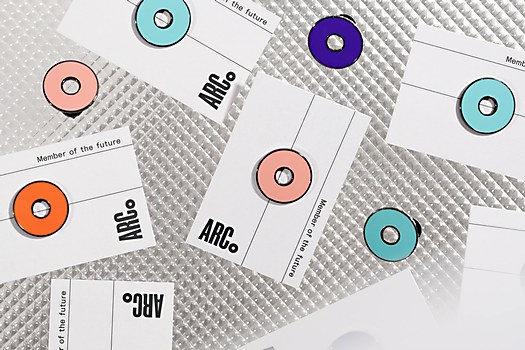 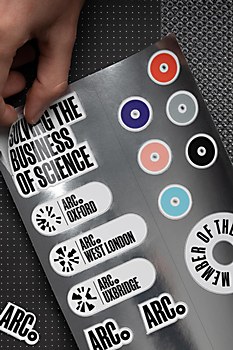 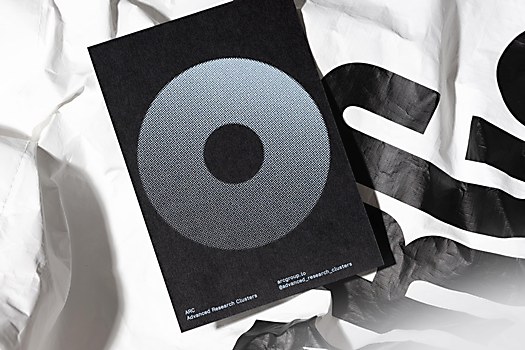 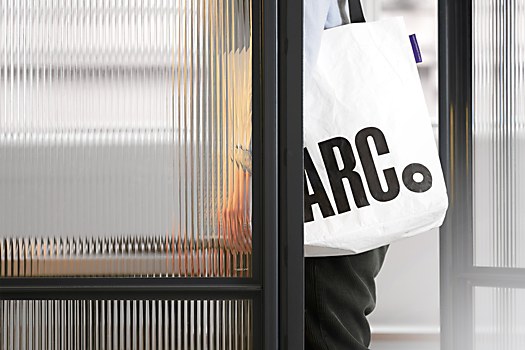 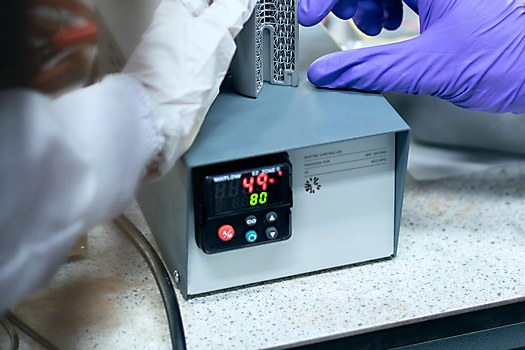 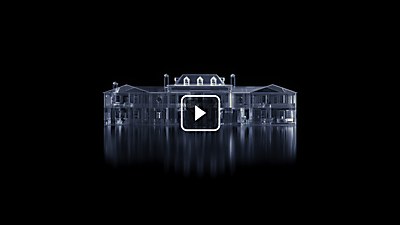 Exhibit / Design
The Staircase opening titles
Illusory perspectives and reflections in Sarofsky’s main titles for The Staircase clue viewers into the intrigue behind this true crime murder series. 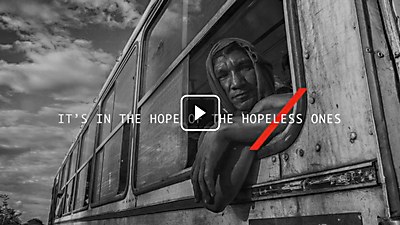 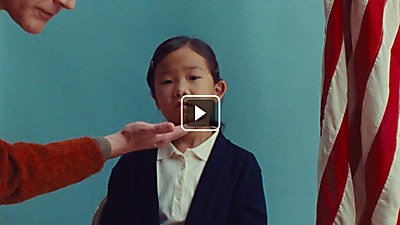