Background: Amazon Prime Video, with its broad range of movies and series for a diverse audience, is all about entertainment. We wanted to communicate how great shows can bring people together and spark joy in anyone’s life.

Design thinking: The brand positioning—“Every Smile Tells a Story”—fueled our storytelling. If Amazon Prime Video is a brand that tells stories, why not tell one ourselves? That’s why we created this modern Christmas tale, the story of an unlikely friendship between two misfits forged through a shared love of entertainment: Hattie, a bullied hyena who can’t smile; and Carl, a grumpy zookeeper who can’t find any reasons to smile. Both overcome their awkwardness with a little bit of help from Amazon Prime Video.

Challenges: Surprisingly, integrating the content seamlessly throughout the story came naturally as our characters met through Amazon Prime Video’s content. The most challenging part was making Hattie the hyena lovable. Hyenas are usually portrayed as vicious, savage animals, and we had to turn that around through storytelling, gags and character evolution. Also, this would have been impossible without The Mill’s amazing work bringing her to life.

Another challenge was the international nature of the campaign. For it to work in multiple countries, we had to develop a story that would resonate across language and culture. We wrote a script with no dialogue and relatable characters who could make anyone anywhere smile, even a little.

Favorite details: The storytelling is closer to a movie than a commercial. It’s quite amazing how much you can get into the characters and their relationship in just two minutes. Director Chris Balmond’s great cinematic direction and The Mill’s exceptional CGI expertise transformed the story into a visual feast. The music is also a very important part of the film; not only does it have the pace and instrumentation we needed, it perfectly accompanies the story as it unfolds. Having the chance to work with such a talented musical artist as Joy Crookes performing Nat King Cole’s song “Smile” has been a treat.

Narrative influences: Films like E.T. the Extra-Terrestrial in which a kid meets this “unexpected friend” and classic children’s stories like “The Ugly Duckling” strongly influenced both the script and the filming. We also reviewed some classic Christmas movies and even The Lion King—but more as a reminder of what our friendly hyena shouldn’t be.

Specific project demands: From the very beginning, we worked hand in hand with the Amazon Prime Video team to form an ultracollaborative environment based on trust. That enabled us to discuss, challenge, elevate and refine every campaign detail, which was critical to the project’s success.

What also made the project quite challenging was the timing. We only had nine weeks to bring our film to life across preproduction, shooting and postproduction. We still don’t know how we made that happen, but it was a great team effort from everyone involved. We hope you’ll like Hattie and Carl as much as we do. 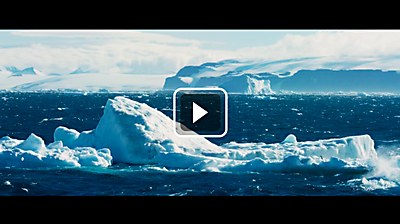 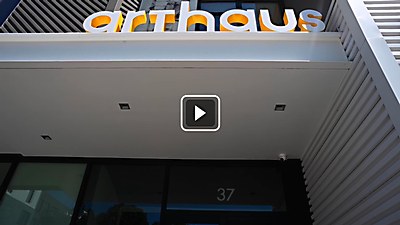 Exhibit / Design
Arthaus identity and environmental graphics
Visual Dialogue infuses every corner of this Boston residential space with the artistic spirit of the Allston neighborhood. 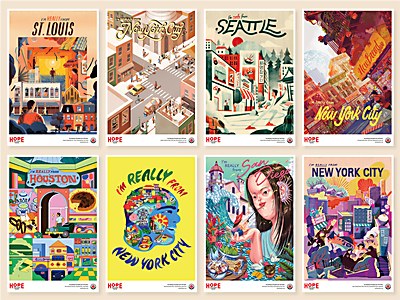