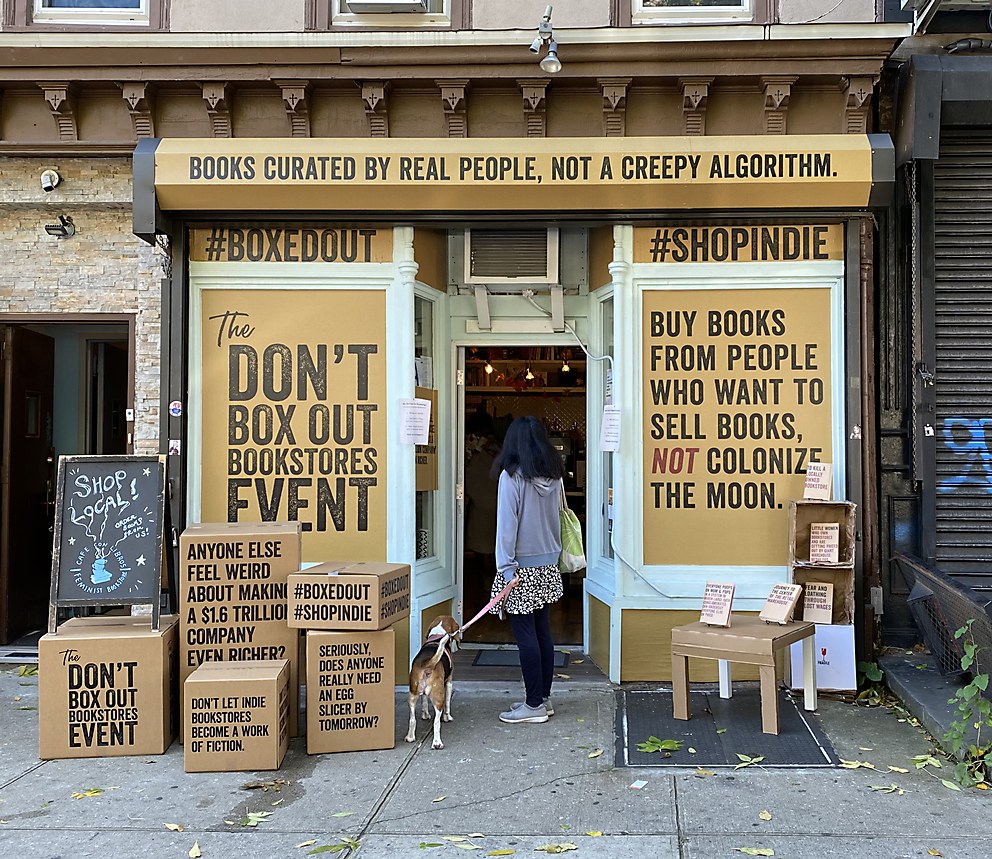 DCX Growth Accelerator crafted installations with Amazon cardboard boxes to remind people that indie bookstores are being boxed out whenever they buy books on Amazon.

Background: The ubiquitous Amazon cardboard box is seen on stoops, porches, mail rooms and lobbies across America. We wanted to take the omnipresent symbol of the Amazon cardboard box and make people think about how it hurts ailing independent bookstores across the country. To capture the attention of small bookstore shoppers and avid readers, we wrote smart headlines with inside literary jokes and jabs at Amazon.

Reasoning: The Don’t Box Out Bookstores event for the American Booksellers Association focused on the small bookstores’ main competition, the cardboard Amazon box. We covered the front of participating independent bookstores with cardboard box material and humorous messaging like “Buy books from people who want to sell books, not colonize the moon.” “Books curated by a real person, not by a creepy algorithm.” and “Don’t box out bookstores.” Cardboard boxes were precariously stacked in front of the stores to protrude out into the sidewalk and were filled with dystopian book titles about how giant warehouse retailers are hurting business.

Challenges: Because of the visual nature of boarding up windows, we wanted to make sure that customers didn’t think the stores were closed. We created a nice balance of the boxed-out look, but also made it appealing for customers to come inside to peruse. Also, the remnants of a hurricane were on its way up the coast passing two cities in which the campaign was launching. To make sure the facade was able to withstand gale force winds in those markets, we switched some material to flat finish vinyl that looked exactly like cardboard. We also made the front-of-store installations light so the booksellers could easily bring them back into the store at night in case it rained.

Favorite details: Working with a team of writers, we really pushed the voice of the copy to feel like it was coming from sarcastic and well-read bookstore owners. The art direction and design also has a handmade feel. Everything was crafted from corrugated cardboard or was made to look that way. We wanted the stores themselves to look like they were boxed up.

Visual influences: The amazon cardboard box. We wanted to remind people about small independent bookstores that were being boxed out every time they saw a cardboard Amazon box on their front porches. That’s why we stacked cardboard boxes with bold textured typography calling out these bookstores’ problem of having to compete with online warehouse conglomerates that charge way less for the same products.

Time constraints: From concept to finish, we had three weeks to get the installations up by Prime Day. And because the turnaround time was so short, production companies were not able to work with our timeline. So, we worked directly with the printer and crafted and installed most of the artwork, books, bookshelves and boxes at the stores ourselves. Ten of us worked together at four NYC locations. Then we brought in friends and freelance artists to help us out in Los Angeles and Washington, DC. We also sent oversized cardboard posters and typography kits to over 40 booksellers across the country so they can assemble versions of their own. And we sent printable kits so that any of the 2,500 independent bookstore partners could participate as well. Each window, facade piece and awning was measured twice by teams all around the country so that the install went up as quickly as possible. 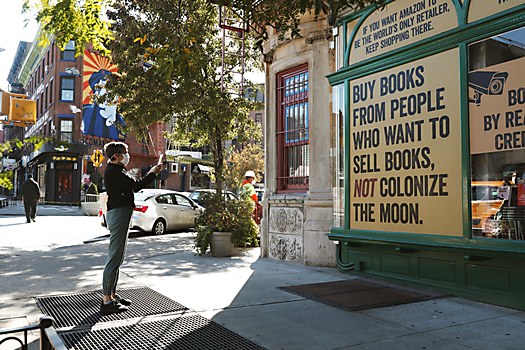 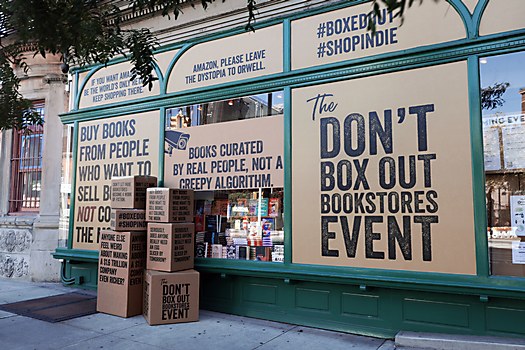 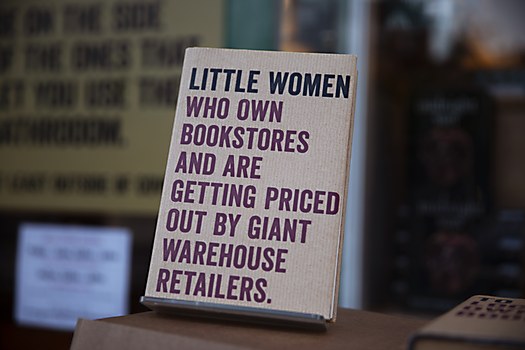 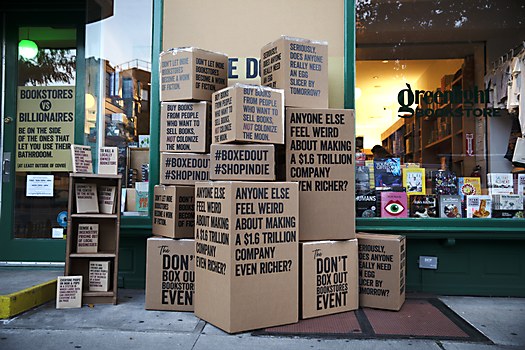 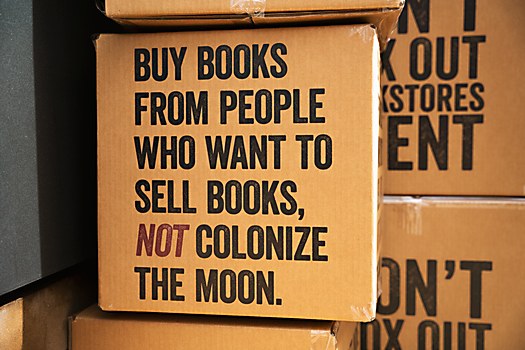 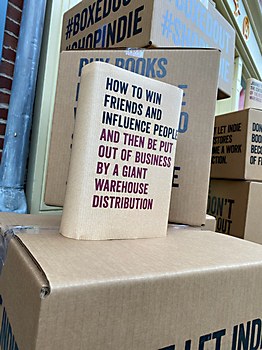 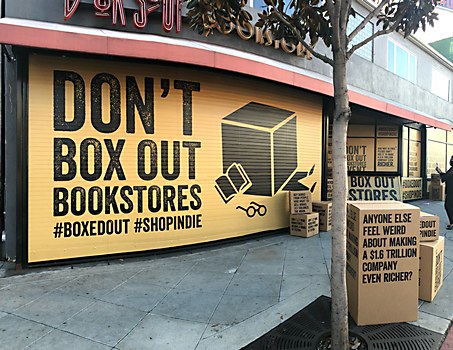 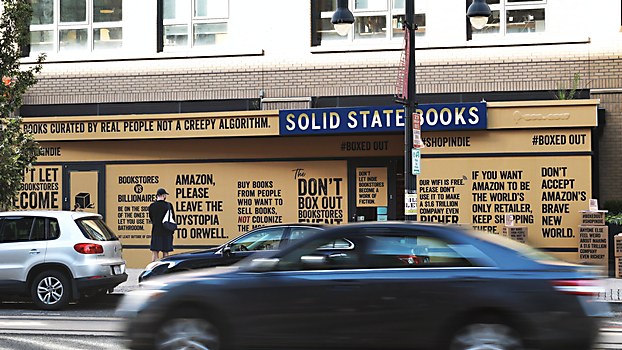 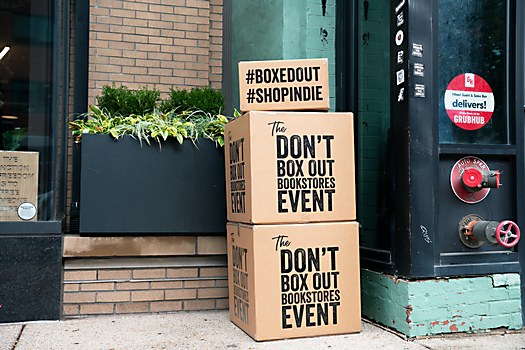 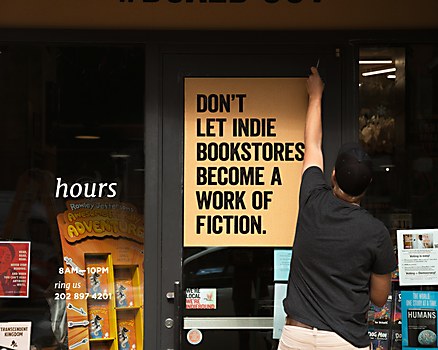 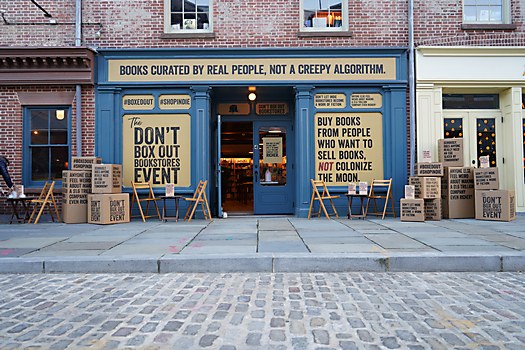 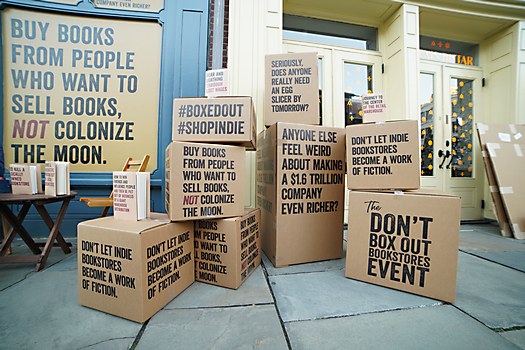 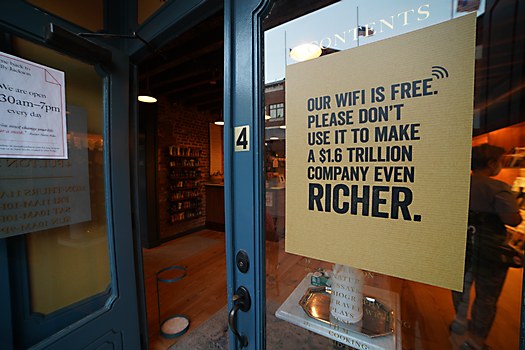 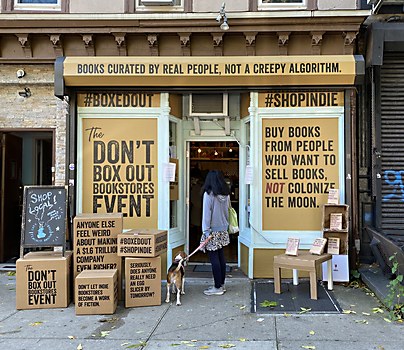 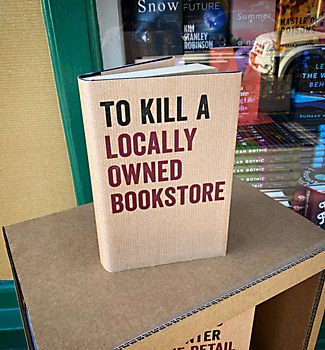 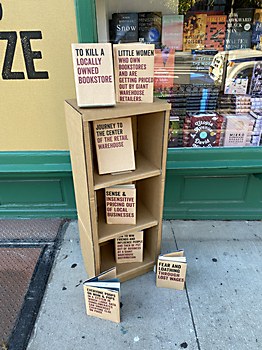 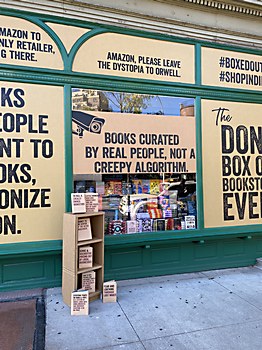 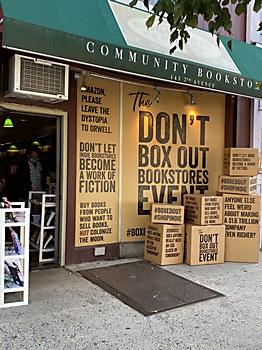 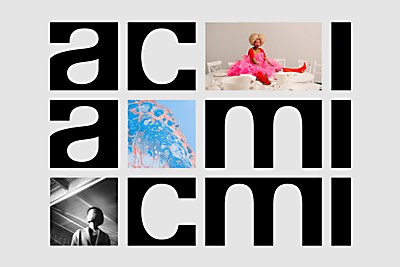 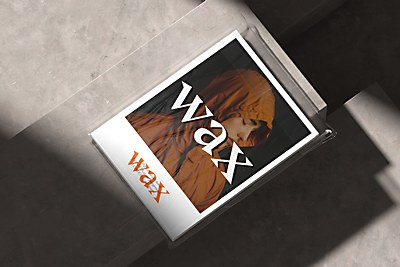 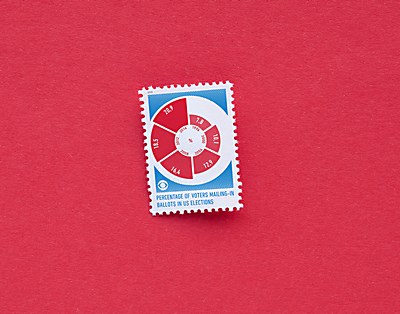